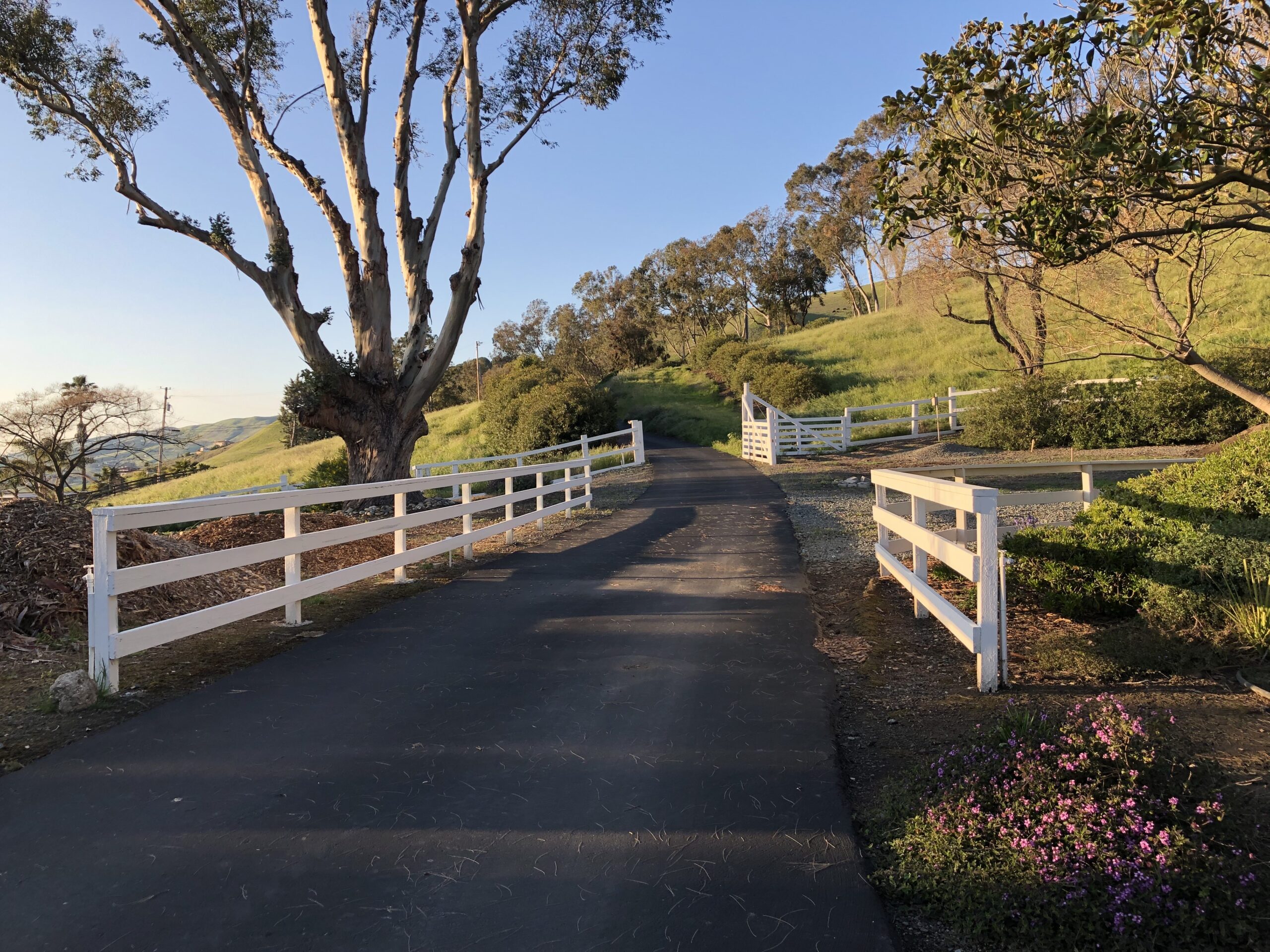 When we purchased this place we knew the previous owners had the place on the market in 2012 and then for most of 2013. It failed to sell and we’re pretty certain they took out a small mortgage and used that to redo the kitchen and bathrooms. They splashed fresh paint inside the house taking it from a lovely bright white to puke-brown.

They also splashed paint on the fences, but avoided doing any sort of repairs or post/board replacements. So tidying up our fences was on my list and in the spring of 2018 we started working on them.

First there was the small project to extend the fence that borders the west side of the driveway. We know from satellite imagery that up until around 2014 that fence extended almost the entire length of the driveway up to the non-motorized house yard gates.

You can see it in the image below. It’s the white line that parallels the driveway coming in from the left (north) side of the image.

Why the previous owners got rid of half the fence we will never know. But the lack of a fence there meant we often had idiots who managed to drive down our driveway and realized they’re not where they were meant to be and they’d attempt to turn around. More often than not, they’d drive off the asphalt and make a mess of that bit of land.

So after three years here, and since I was already planning out the project to address the dry rot in the main house yard fence, we thought it would be a good idea to extend the fence. Here are some pics of before we had the extension added and then right after it was done followed by one of it as of the writing of this post.

Once that was done it was time to move on to replacing some of the rotted fence posts and rails. (The house yard fence consists of railroad tie for posts, 2×6 boards as rails and then wire mesh across everything.)

I worked with our gardeners for this part of the project and we reused about a dozen of the railroad ties we had set aside after the Great Wall project. I hopped in the excavator and used the thumb and bucket to pull out the rotted posts. Then we attached the large auger to get holes for the new posts just right. We only had to replace about a dozen posts and we were done within just a couple of hours.

Then the gardener and his helpers got busy replacing all the boards that were in nasty shape and doing some much needed repair work on the house yard gate.

After the boards were all sound our favorite painter, Humberto, arrived. He and his brother pressure washed everything, found a few more rotten boards which the gardener had to come back up here to replace. Humberto also had me order a lot of primer and paint from the local Sherwin Williams, which, once delivered, enabled him and his brother to get to work.

Soon enough all the fences were sound and sealed and very white again. The various gates were rehung and everything still looks so much more put together.