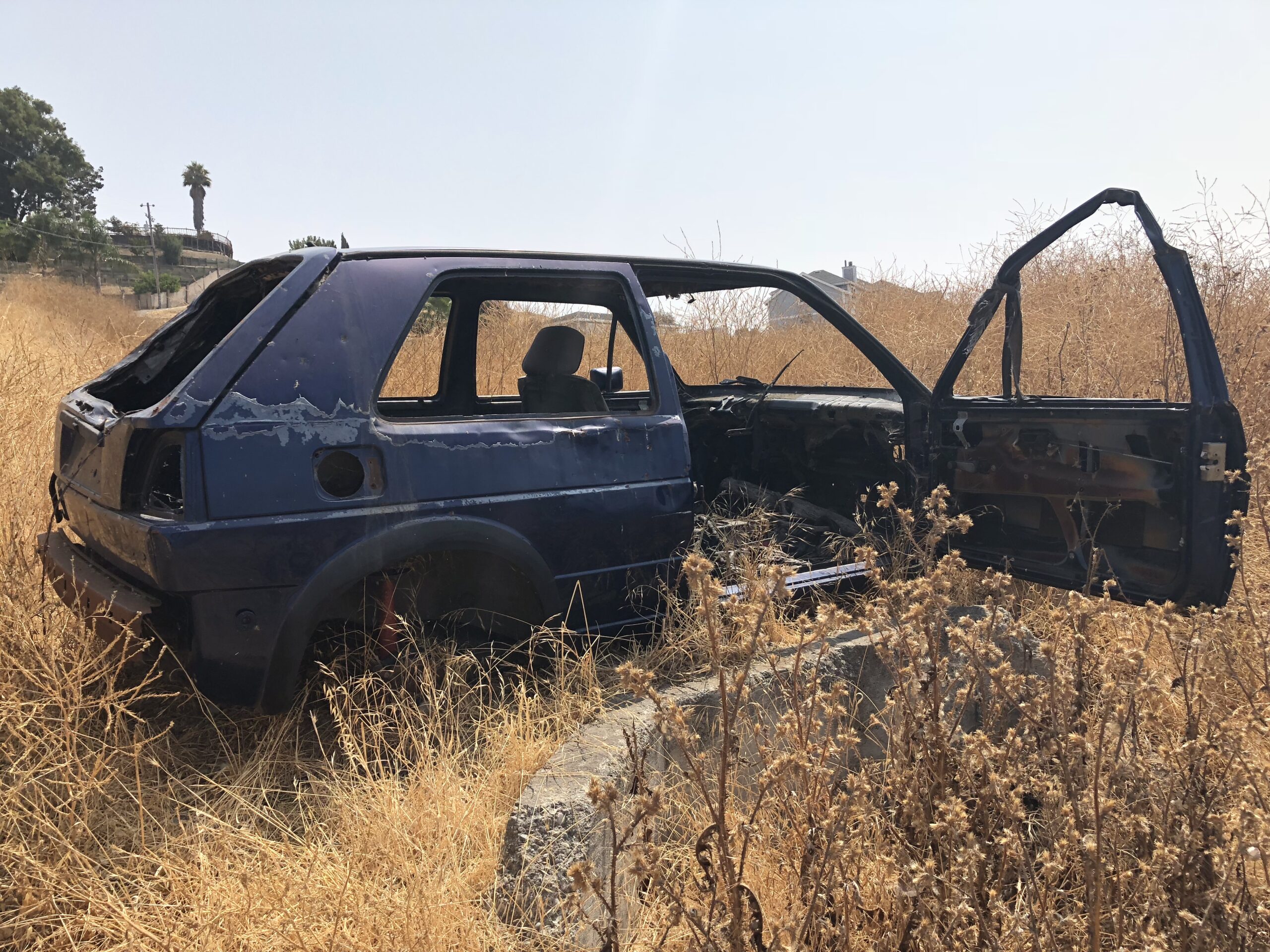 Since tackling the creek embankment that had been used as an illegal dump site by people who don’t live along our road, Agent Smith and I started trying to mobilize residents to start talking about what sort repairs/work are needed to maintain and improve our road.

See, our road is a private one meaning no government agencies perform any maintenance to it. This includes cleaning up garbage that people who don’t live here dump and hence the big cleanup effort we organized a few years back. Things are really confusing if there is a crime or accident, as if a crime occurs on someone’s property, the county sheriff is the agency to handle things, but if there is an accident or crime on the road itself, CHP is who we deal with.

So….while we started rolling the boulder that is getting any serious repairs done to the road, I decided to research what it would take to have a burned out car that sits on the edge of the vacant and undeveloped property across from our southern border. Said car, according to other residents, has been sitting there for at least fifteen years and you would think getting such an eyesore removed would be a pretty straightforward task.

Turns out no one at county, the Sheriff’s department or CHP can assist us, as the car sits off the road on what is considered private property and that would be considered theft.

Why not contact the property’s owners and ask their permission you ask? Well that’s the sticky wicket. That property has been bought and sold twice since we moved here. Turns out there is a vicious cycle of someone buying the land, finding out they can’t easily build upon it because of a past landslide and then eventually defaulting on the loan they took out and either selling it or having the bank with whom they took the loan out selling it.

Twice now I have determined who the current owner is/was and twice I have reached out to them thanks to some savy web searches, and I have never gotten a response. Each time the property comes up for sale I try contacting the listing agents and they too never get back to me.

At this point it looks like we’re stuck with the wreck for another 15 years. Unless of course we have a good earthquake and it shifts 5 feet closer to the road. Then we could just make it go away into a dumpster….