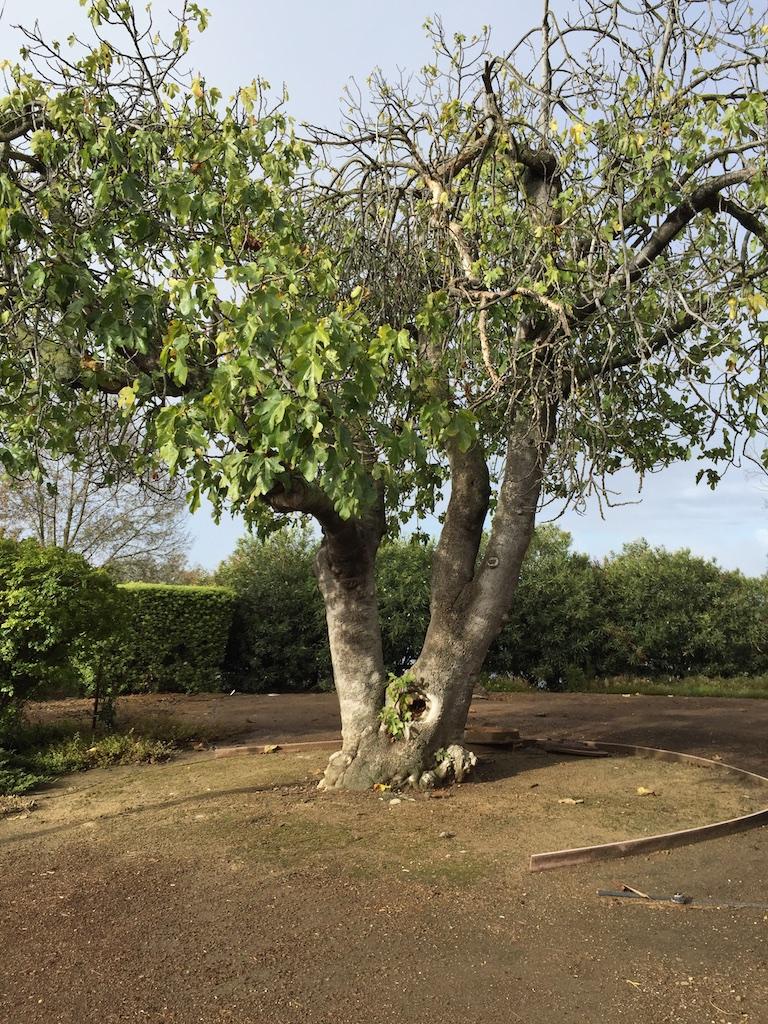 Following on from the previous post and covering another related story…..

In January of 2020 we had a major storm. I detailed the damage a while back via a lengthy video.

One of the major casualties was our beloved ancient fig tree. We had been trying to keep it alive.Shortly after buying the place we discovered that the stupid previous owners had poured concrete down its cavities.

If you are ever thinking this is a good idea. STOP. Use some foam if you are worried about a tree cavity. Do not use concrete as you will kill the tree.

So the storm took out the ancient tree. Very sad as I found out last summer it predated the house by some 50 years. In fact, the word for “fig tree” in Spanish is “higuera” and our road was named for the ancient tree, but more on that story in a future post.

Unlike other trees we have lost or had to remove, I made the decision to not move the fallen fig. It managed to fall just near the newest bathtub, so I picked up a morning glory vine from the local nursery and using a lean-to lattice I picked up from Gardeners.com ages ago I planted the vine to grow over the lattice and it is now slowly working its tendrils out to encase the remains of the fig tree.

Here are two pics right after the storm. 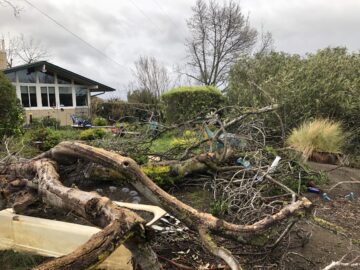 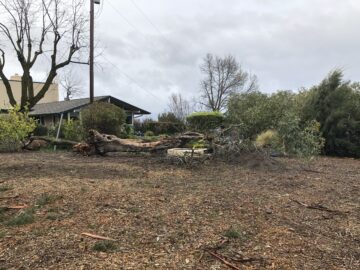 And then two pics of the morning glory: the first was from last summer and the second was from this week. 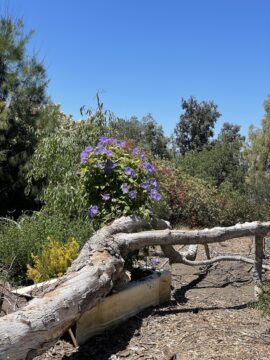 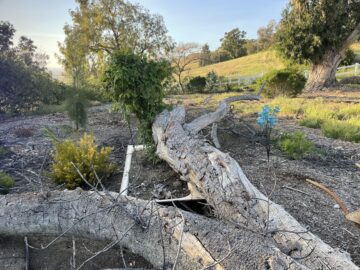 And slightly good news, we have a few fig saplings in the garden (thank you squirrels!) that are doing ok as well as a few suckers around the fallen trunk.