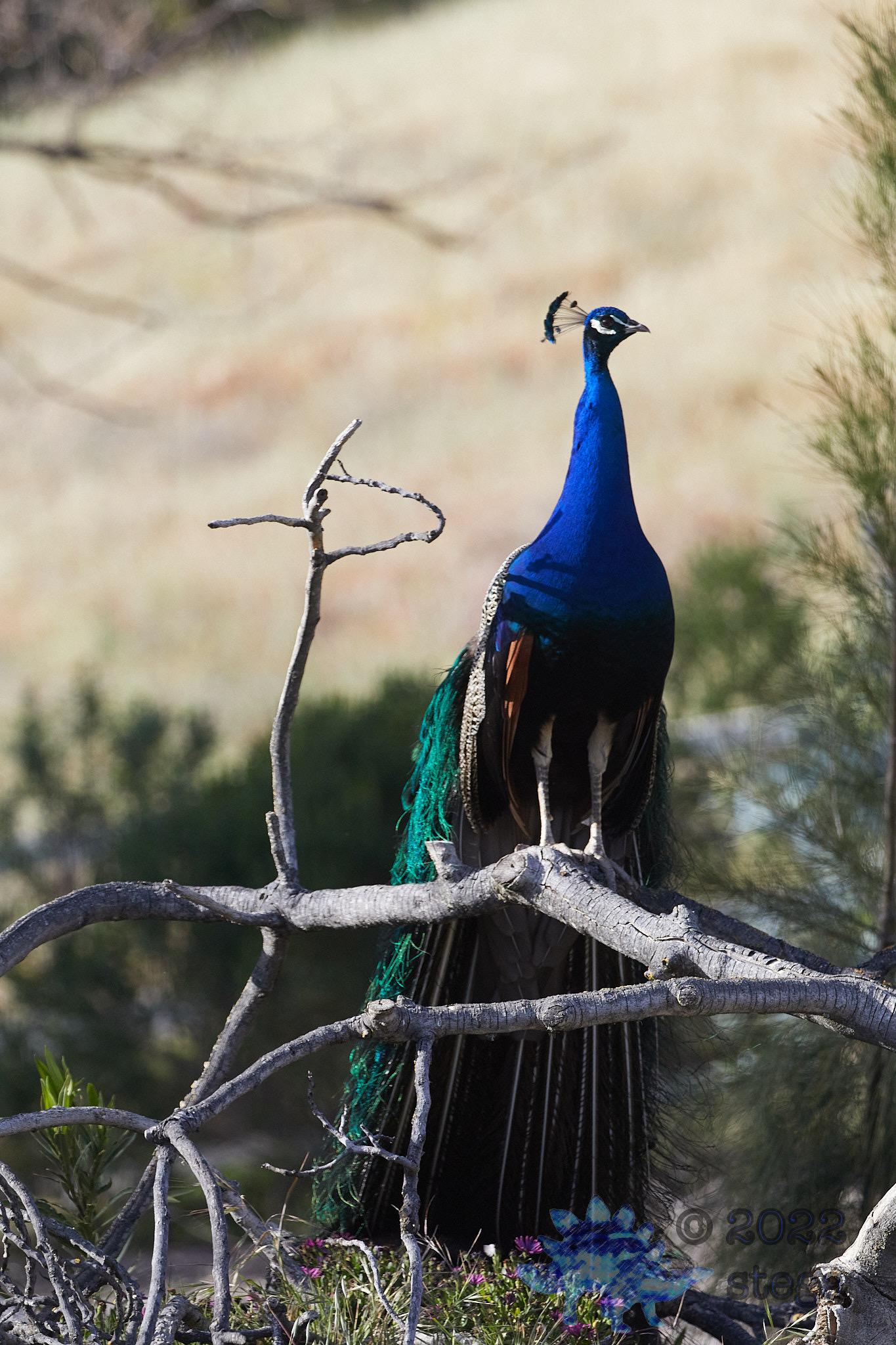 Following on from the posts back in October, it’s not just turkeys and lizards and spiders. Back in April of this year we had a feral Peacock show up and hang out for a week. We named him Frank of course.

Frank the Peacock spent quite a bit of time hanging out: usually up close to the house where he wouldn’t be harassed. At night he would fly up into the walnut tree outside my office to sleep.

He was very curious about us though. Unlike past feral peacocks that have shown up here (and at least in once case met their untimely demise thanks to the coyotes) this guy had no issue checking us out and even accepted crumbs of bread or a couple of grapes when they were offered.

He also had no qualms about venturing inside our house.

Here’s a video compilation of some of his best moments.

Frank the Peacock had one annoying habit though. For the entire week of his visit he would awaken us at about five in the morning with that quintessential call. And that call is very very loud when it comes from a bird standing on the roof above your bedroom.

But then one morning, Frank called out across the valley and by the time the sun had fully risen he had vanished to try his luck at finding a Peahen elsewhere.

Here’s a wee gallery including a glamour shot or two. 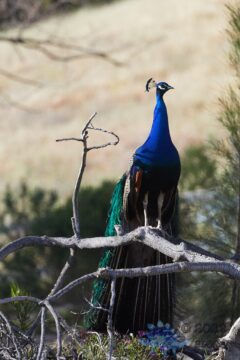 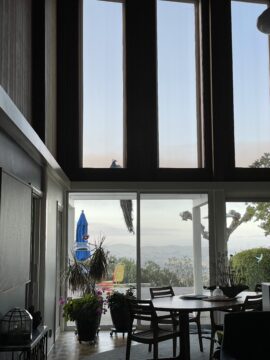 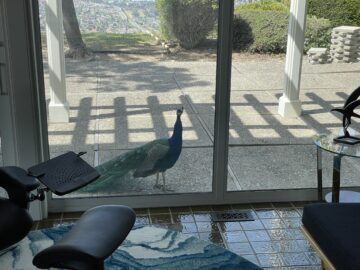 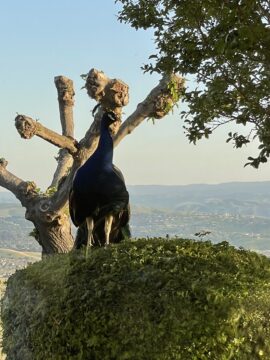 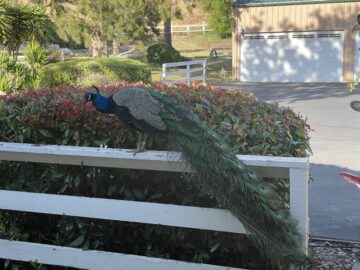 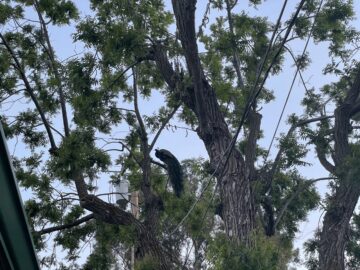 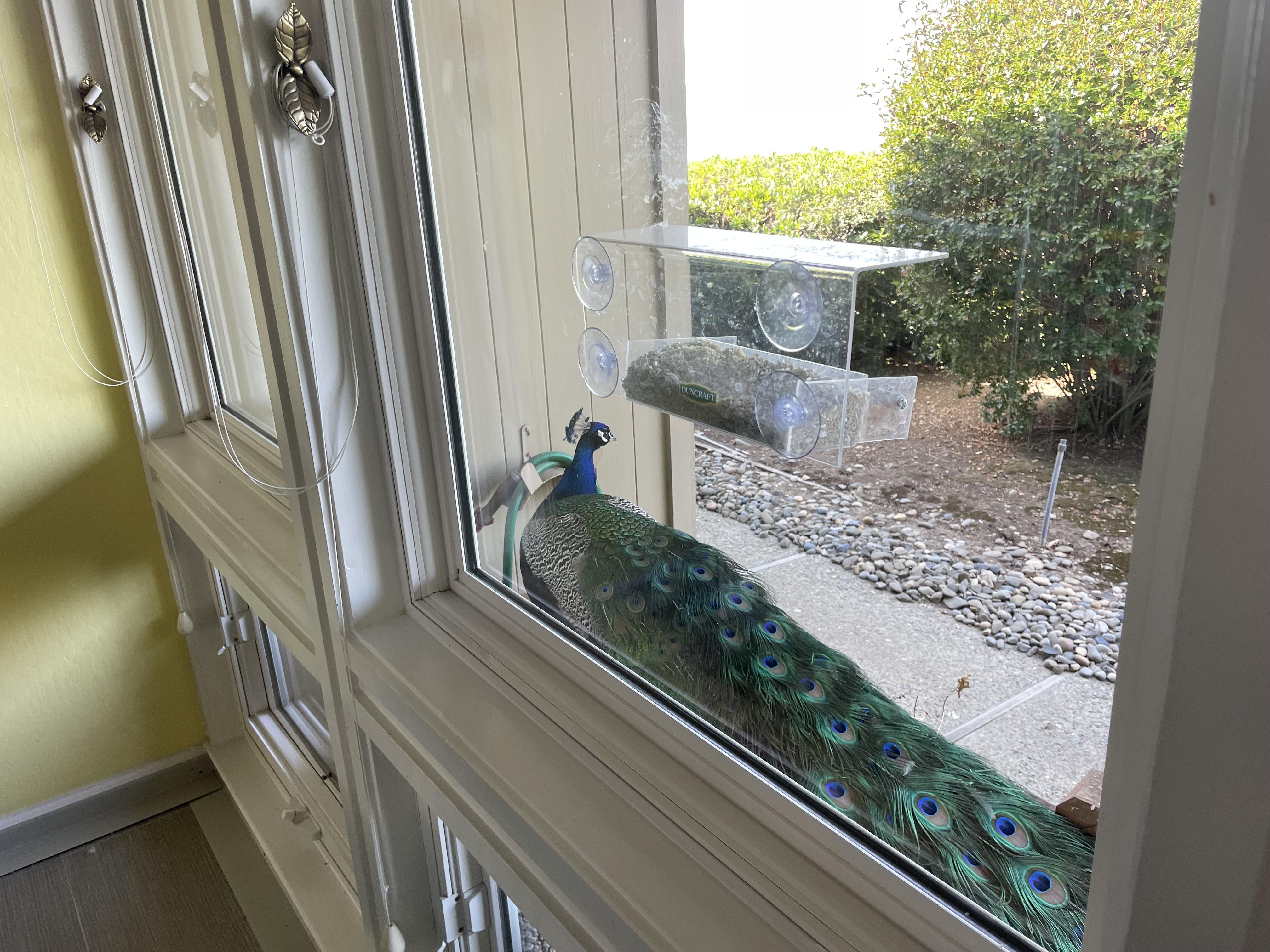