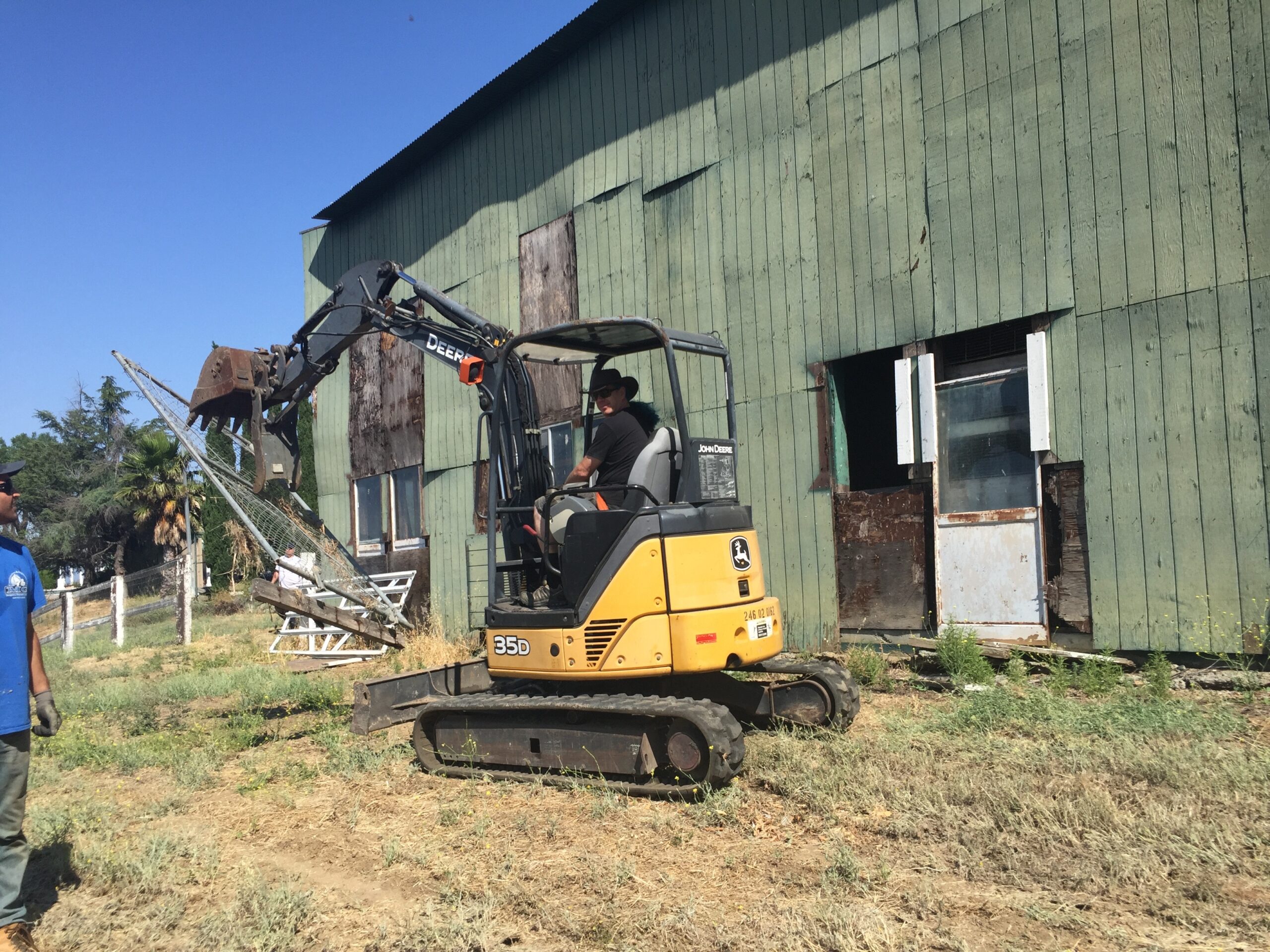 We spent a few weekends this summer doing yet more clean up as would you believe there was even more random garbage scattered left about by the previous owners?

There were the old fence rails down in the south pasture where we had the new gate installed last autumn.  Granted a few of these boards were left by the crew that put in the gate, but only when I told them to just chuck them with the existing pile that was there.

We used Barbie to collect these, but instead of attempting the dirt track down through the south pasture, it was easier and far less scary to go out the main gate and around via the lower road.

Then there was the random clutter up at the well tank.  Once again some of the garbage was our doing, as the old well tank which we replaced back in July of 2015 was steel and thus it needed to sit atop some wooden boards. The new tank is a plastic poly one and thus it is just fine sitting on the concrete pad.  So all the boards got chucked to one side to join some other random debris up on that hillside.

In the case of the well tank boards which were primarily 2x6s it was easier to cut them in half.   I drove Barbie up to our our pretty new gate up by the tank and thus the trek was a bit easier, as my workers and I simply had to cut the boards and then walked the short distances up the through the gate where we then loaded up Barbie’s bed and once full, a quick drive down the road, through our main gates and to the waiting dumpster.

For this mess we could use Giggles.  With forks instead of a bucket it was easy enough for the guys to load the boards up and then I drove out from behind the barn over to a waiting dumpster and a quick unloading into the dumpster would commence.  We chose to unload by hand so we could stack the wood in a somewhat organized fashion inside the dumpster and thus fit a lot more in than if we had just tried to toss stuff in to it with Giggles

One of the more interesting things we found under the wood pile were a colony of salamanders.

And even more interesting, the guys disturbed a young rattle snake.  Sadly they were so startled by it they dropped the boards they were trying to pick up and one of the boards had a nail that proceeded to  impale the snake’s head.  This made us sad, as this meant many gophers and ground squirrels would be able to sleep more safely and we really don’t want the rodents to be able to do that.

That was just the start of the work though, as we spent two weekends working on getting rid of the last of the messes….