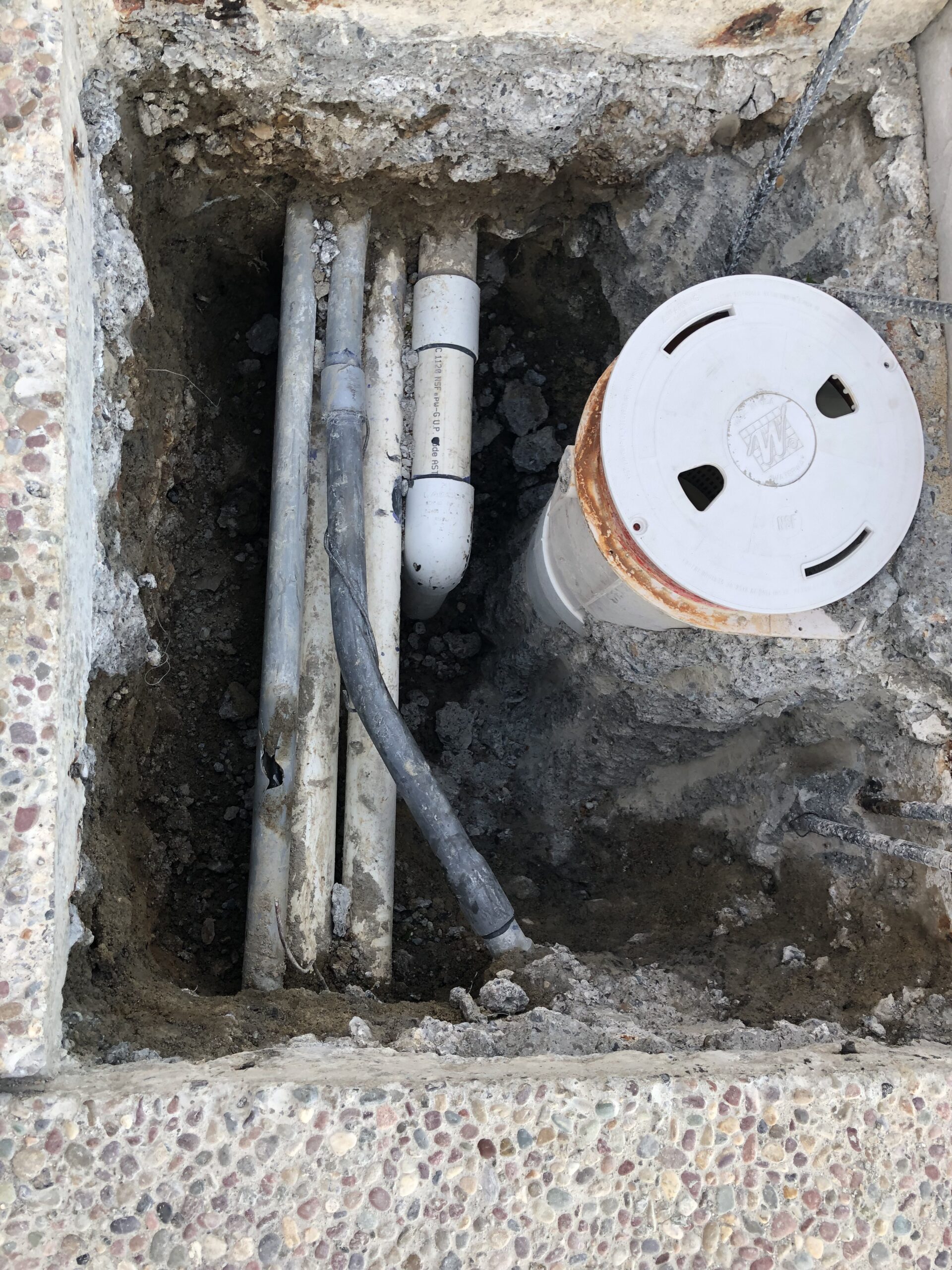 The pool resurfacing project was completed back in 2017. In the winter of 2018 though we started to notice that water was leaving the pool at a faster rate than we expected. We called the company, Royal/Adams Pools, that did the remodel and they sent out a tech who used a tool (much like how the guy traced the water main) to scan for a leak. Nothing was found however, so we were then scheduled for another tech to come out and dive in.

And I mean dive in. That box at the end of the pool provided the tech with air as he checked over everything — paying particular attention to the side drain/skimmer that was installed during the remodel because we couldn’t unblock the bottom drain as the POs apparently poured concrete down that pipe at some point in the past.

Still nothing major was found so the company decided to do some more “digging” as they suspected the problem was somewhere near or with the new skimmer that they had installed.

So while I was off on my vacation, Agent Smith got to handle this small project. Turns out it wasn’t very small though as the pool had to drained down by a third. One third is about 12,000 gallons of water….

Adams then sent out another crew who who pulled up the concrete patch around the new skimmer they had put in at the end of the remodel and soon enough they found the issue: at some point during the remodel they had accidentally cracked a pipe.

They sealed everything up and then patched back up the concrete. Then, and this is why I continually recommend Adams/Royal Pools to anyone looking to have a new pool put in or a remodel done, Adams covered the cost of replacing the water. While we are on a well and thus do not have a water bill, pumping in that much water is not something for which we want to use our well. Thus, just like when we filled the pool after the remodel, a water truck came brought up several loads to replenish the pool. A week or so later we got a check from Adams for the cost of the refill. Pretty dang awesome on their part.

To date, we’ve been doing just fine in terms of keeping water in the pool. Having a big motorized cover over the water prevents most of our water loss during the warm months, and while we’ve also had a small leak with the pool solar, generally we only have to add water to the pool every now and then.

I was very proud of Agent Smith, as he was the one to schedule the repair work and then worked with Bay Area Water Trucks to get everything back to normal — all while I was enjoying my vacation..