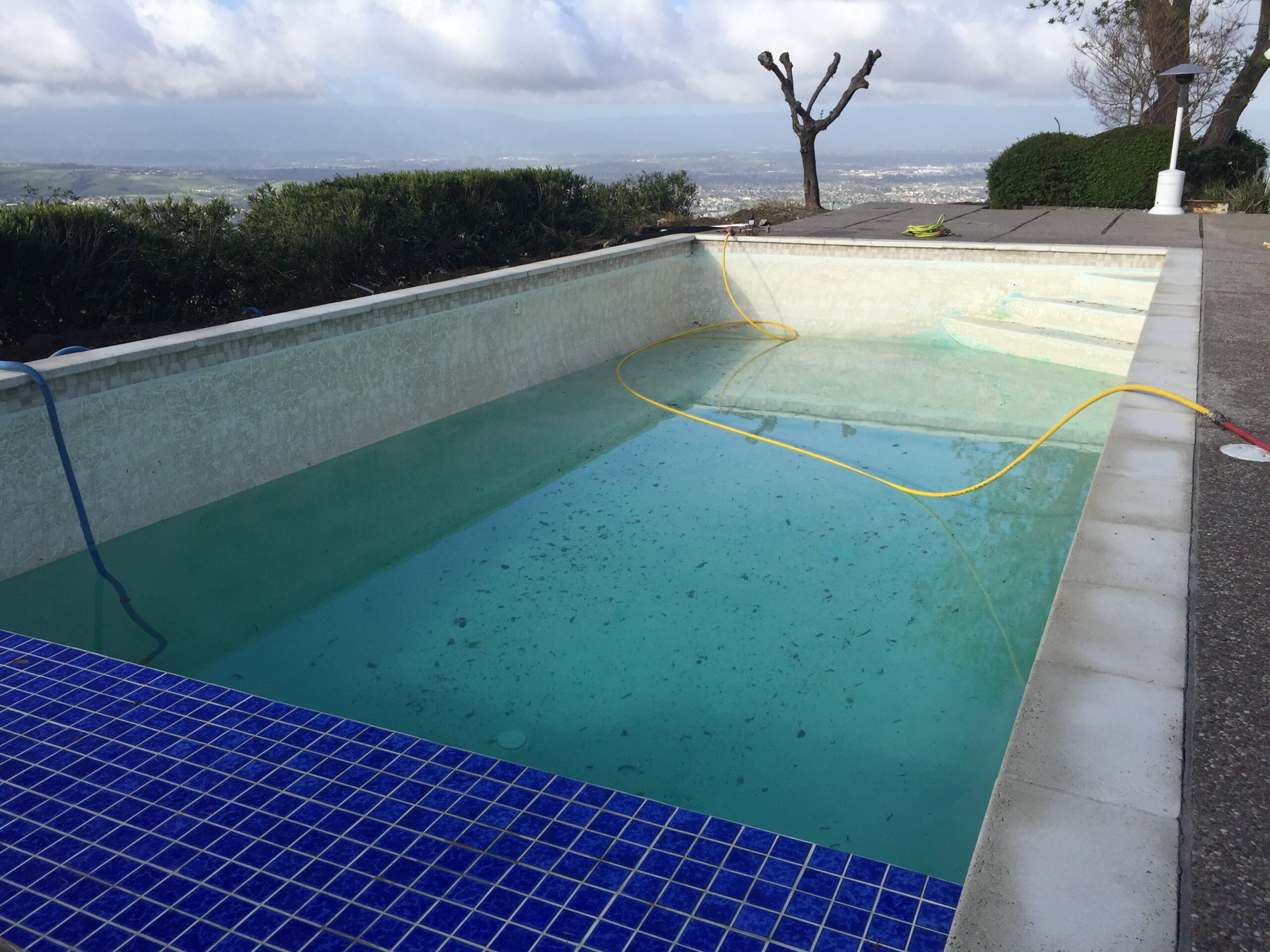 In March we began work on the pool resurfacing/remodel project.  We knew when we purchased the house that the plaster would soon need work, so late last summer I started getting quotes and interviewing potential contractors for the job.   It came down to our regular pool equipment service company (who are awesome) and Adams Pools.  Since the likelihood of such a large project going horribly wrong is very high here, I ended up selecting Adams as pool builds and remodels are all they do. The contracts were signed last December and we were scheduled for the work to begin in March.  The start date was delayed a bit due to all the rain, but at the end of March we drained the pool.  We just drained into the vegetation along the west side and by doing a slow drain and moving the hose methodically over the course of a weekend we got just about all the water out.

Here’s a shot of the steps down while we were draining–you can really get a sense for how bad the plaster was getting. The last Monday of March a crew then arrived and began stripping the old plaster and removing the coping around the edge. It took them them three days and each day they left with their trailer filled with the rubble. Here are some more progress shots: Since I was starting a smaller project involving our not-so-safe safety ladders that ascend to the tall flat roofs during this phase of the pool project, I needed to get up on the roof, so I took a couple of shots to show the scope of things. By midday Wednesday the crew was done and they headed off to their next job.  It was then that we learned that for every stage of the project a new work crew would be doing the work.  A totally awesome part of the job, as while we were in pretty constant contact with our scheduler and project manager, all the crews that came to do portions of the work were specialized–so while one crew did the stripping work, other crews came out to do the drain, coping, tile, mastic, etc.  But more about that in the next post.