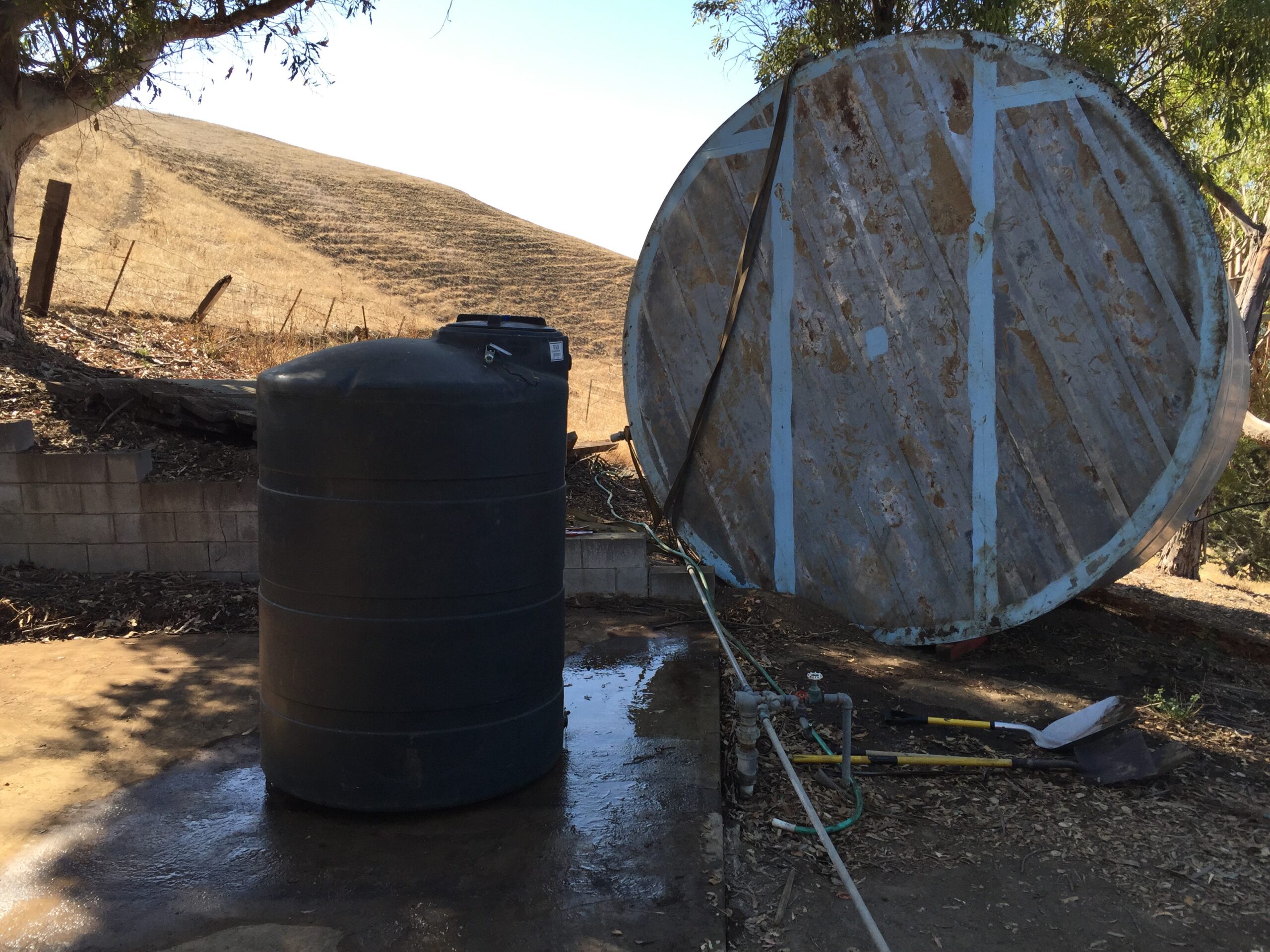 Epic fail on the well tank removal project.  I have no clue how they’re going to fix this and we’re very lucky nothing rolled down the hill.

[AS Edit] The tank’s been moved and the crane truck is upright and less crumpled than these pictures suggest. Fortunately nobody was hurt, but obviously this is going to complicate things a bit. It sounds like the truck was written off by their insurer, but the owner has bought it back salvage and intends to repair it. Hopefully they will put bigger pads on it next time.

Remarkably, one of the up-hill neighbours, despite three weeks advance notice of the work, was complaining about the recovery crew blocking the road. I guess we have some work to do there.

[AS edit: one more picture to put the tank size in perspective… it’s not small]