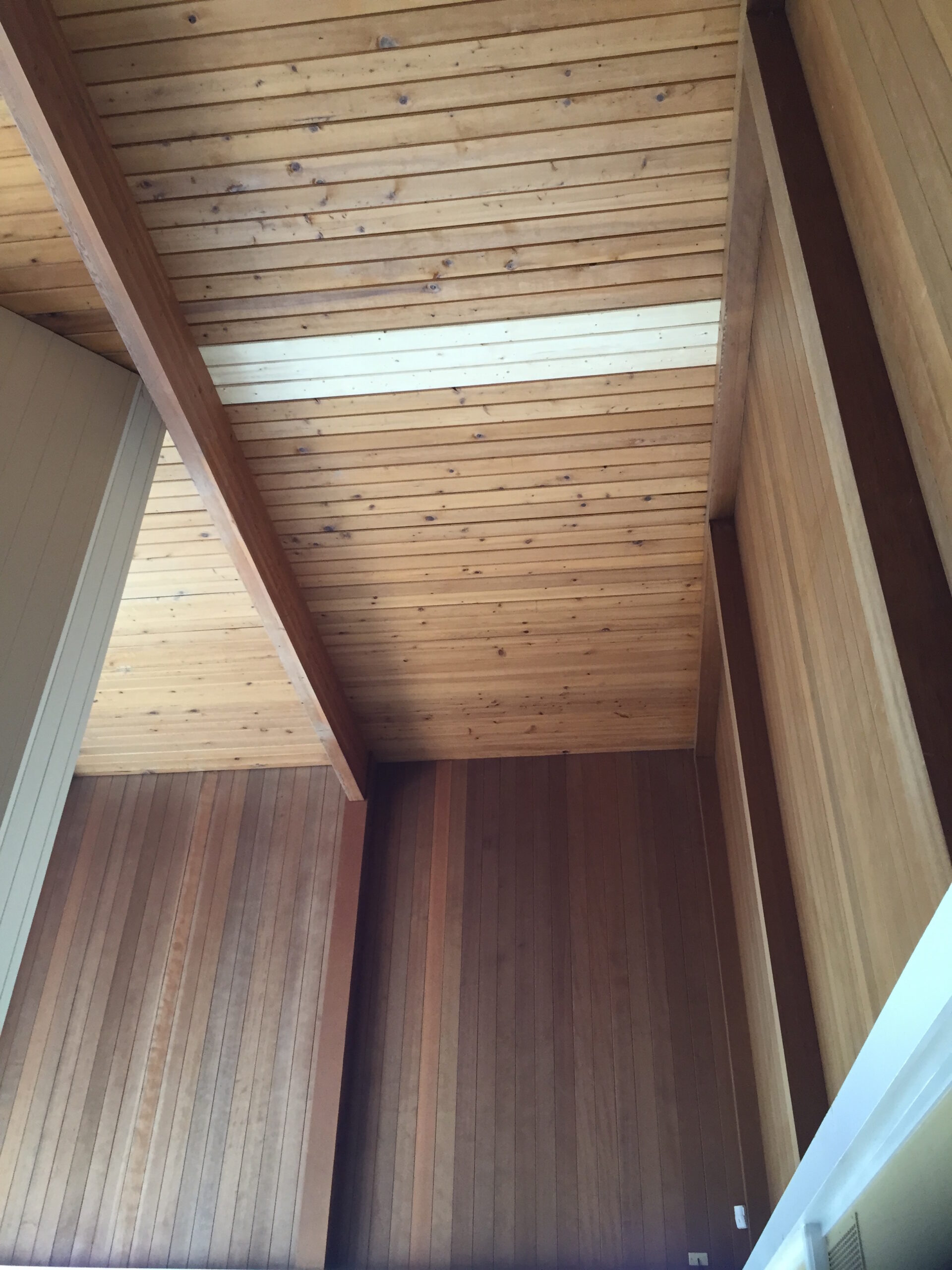 One of the big projects here prior to moving in was to redo the flat roofs.   We know that there had been leaks in both the foyer and great room while the POs lived here and we wanted to fix any underlying issues before moving in to the house. While Dura-Foam was recommended by both our agent and others, when I had them come up to look at the house they got as far as the front door where they politely informed me their trucks wouldn’t be able to make it up the hill with its very twisty bits.  So, a bit of Googling led me to Armstrong and they came out, gave me a quote and I then scheduled them for the work.

Three roofs were taken care of by Armstrong.  The studio roof which had the pool solar (I’m now in talks to have a new solar array put up there in the next week or two), the entry-way/linen and bathroom roof and the roof over the great room.  The work was originally to take place last week, but they were skittish about the possibility of rain, so the work was postponed until this week.  The studio and entry-way roofs went very smoothly, but the great room turned out to have quite the festering wound.  During the demolition they found dry rot and it was so extensive the wood was still actually wet –and this was July.  During the escrow inspections water damage in the wood above the great room was noted and this was the cause.  Below are pictures of the damage.

Thankfully it is now all repaired and the new foam roof is in place.  Here are two last images of the inside ceiling of the great room before and after the work.  While the new boards aren’t stained to match they look really nice and if the house could talk I’m sure it would be thanking us for taking care of its wounds.

Of course Armstrong sent the bill to Purgatory and of course I just picked up the mail for last week yesterday…so of course I now need to make sure I send them their check as soon as possible, but considering the the number of change orders we had to put through for all of the extra work, I’m going to have to call them to get the final figure.  Still, even with the extra work this is one project that came in well under budget.