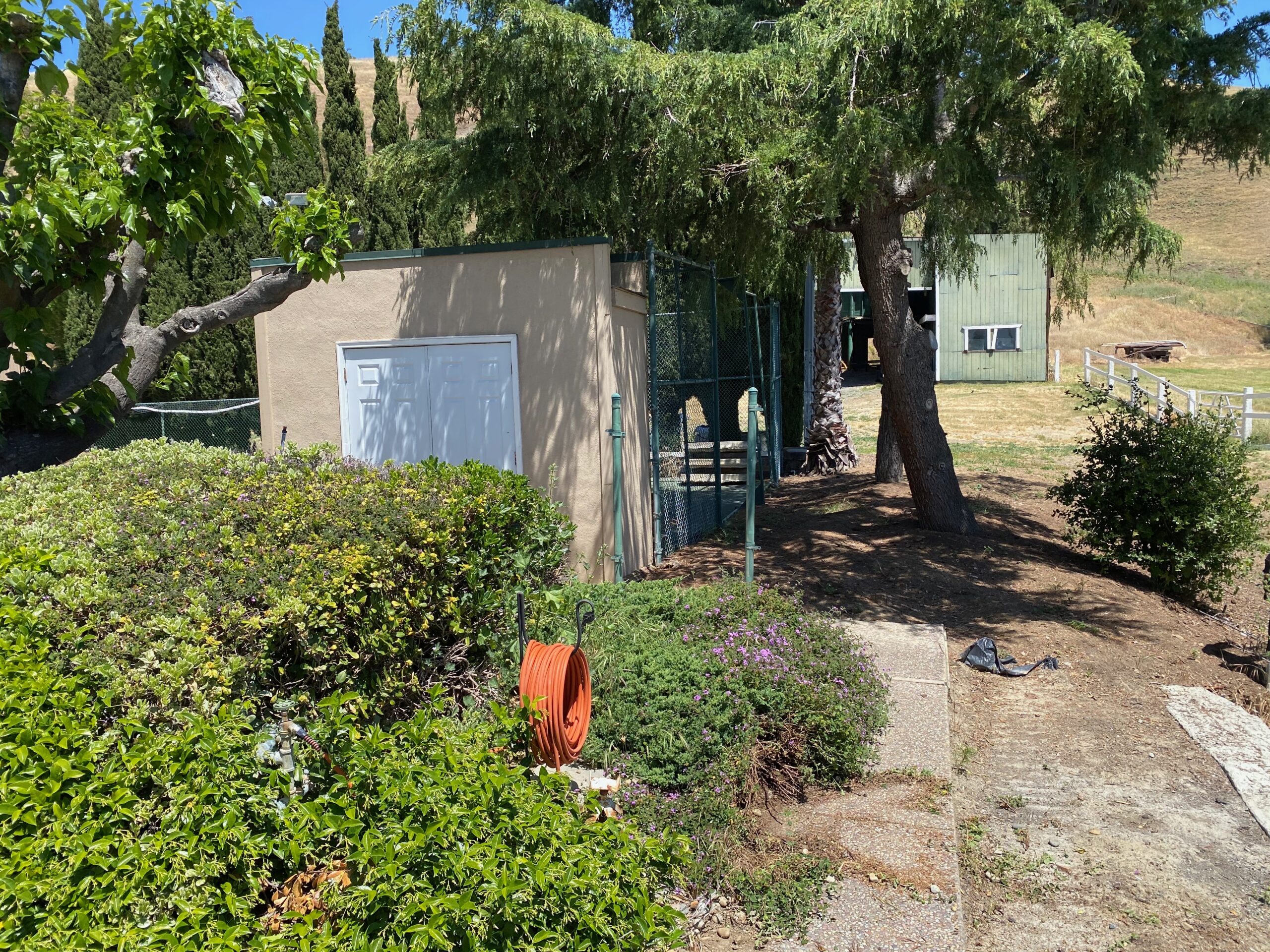 We try not to clutter up the house. While both my and Agent Smith’s offices are full of all sorts of useful things, in the rest of the living spaces we try hard not to carpet the house with knickknacks — or be like the previous owners and have pictures of ourselves on every horizontal surface. We do however like having house plants brighten up the spaces. 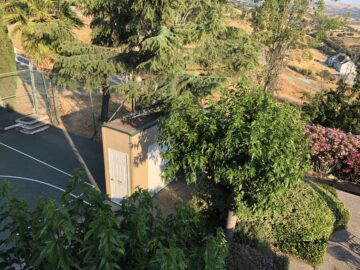 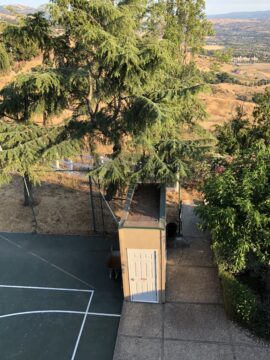 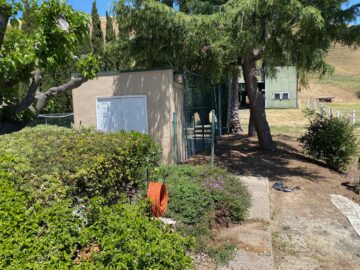 So when we first moved in, I turned the weird shed the previous owners built for the golf clubs and skis into a make-do space to do house plant maintenance. It wasn’t a terrible setup. A bit cramped and prone to get very messy, but serviceable. It was however full of earwigs, slowly rotting and, in the end, we could do so much better.

Thus I decided I wanted a proper potting shed.

Per county we do not need a permit to build structures as long as they are no larger than 120 square feet in area. Since we’re still in county’s bad books (update on that coming soon,) I needed to stay within that. I did a lot of web searching and decided I really liked the Phoenix Shed that HomeDespot and other retailers sell. Only problem is that it’s only 8′ x 10′. That’s 40 sq ft short of my goal. I did some more digging and it turns out the manufacturer of the ready to build kit for those sheds offered an expansion kit that would make it the size I desired. Only problem: no one sells the expansion kits, so I called the manufacturer and found out they no longer make them. When I asked if they would sell me the items on the parts list on their website they said no. So I was back to square one.

I called around to some local contractors that specialize in building sheds. Only problem there is they only build sheds from kits. Seriously. They are stuck in easy mode and are not willing to shift.

Then I stumbled across a wonderful little site called iCreatables. They have all sorts of building plans for all sorts of small buildings. You can buy the plans for $20 and use them to construct your own structures. Plus the plans include materials list and if you want to change or modify them to suit your needs, it’s pretty easy to do so.

Which brings up the next step, I then had to find someone who would build my shed. That took a while, so in the mean time some of the prep work got underway…..