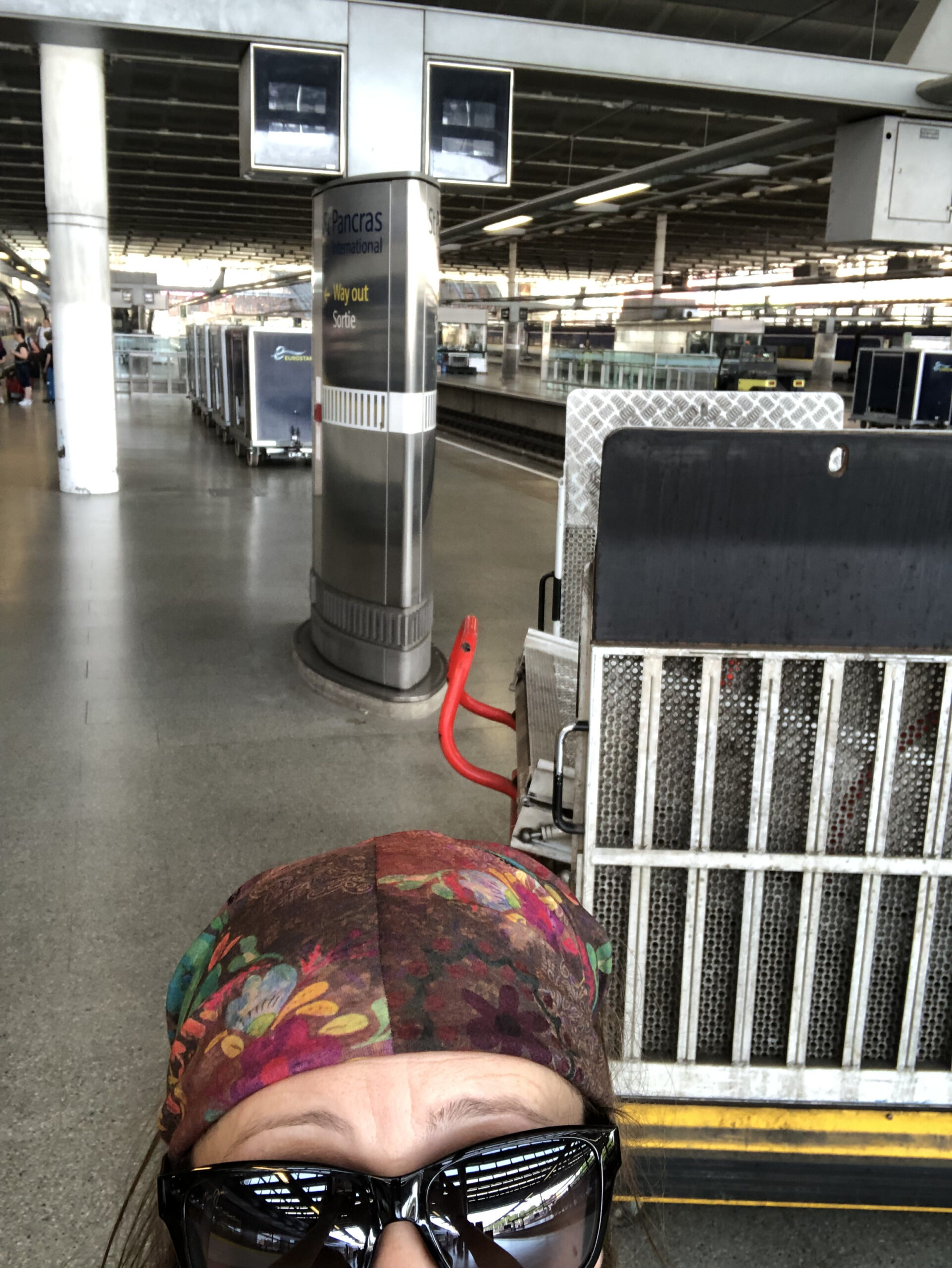 Soon enough we were back in London after two lovely days up north visiting family. We then boarded a Eurostar train to Paris. Unlike my last such journey several years ago, there were no lengthy delays and just a few hours later we arrived in Paris.

Our hotel was just across the way from the train station and after checking in we walked south towards La Seine. It was Pride week in Paris so the streets were crowded and full of fun, not to mention a very large parade. We found a fun store specializing in all the supplies you could ever want if you were going to make tasty chocolate treats.

The next morning we were up somewhat early and headed a short way out of the city to Fontainebleau. After lunch outside the palace, we walked through the gardens.

Our garden tour continued the next day as we headed out of Paris yet again, but this time we went to Giverny to see the studio and gardens of Claude Money in the morning and early afternoon and then to the Musée de l’Orangerie back in Paris in the late afternoon.

On our final full day in France we left Paris again and journey to Versailles where we walked and biked through the gardens.

We eventually returned to our hotel where we promptly collapsed into little puddles. The next morning we had to be up early to catch a train to Zurich.

Lastly, if you want to see more images from this trip, check out the gallery up on networkgirl.org — one of my other websites.