After the plumbing for the new shed was done, we had to take a small break from construction because there was a HUGE fire raging in the mountains behind us…..

Once things relaxed and the smoke cleared, Agent Smith got to work as we decided having power out at the new shed would be a nice thing. Plus it would allow us to update the outlet under the far mulberry tree.

First we shut off the breaker and then traced the wires. Turns out everything ran out to a ground box in front of the pool equipment. This run did not supply power to the pool equipment or studio building. Those get their power via a dedicated run from the main panel over by my office. This run powers the pool cover and the old outlet we had just removed near where the new shed was going to be built. Why the previous owners did this we will never know.

So first off, once there was no longer water in the poorly sealed box, Agent Smith removed the dumb box on the wall. In the gallery below you’ll see the dumb box in the first pic of what it looked like just after we had the pool control panel moved. It’s on the very far left and served no discernible purpose. The rest of the pics show the wiring work as Agent Smith ran new conduit and laid things out neatly beside the new water pipe.

Once everything was laid and the wires tested, it was time to pour new concrete….. 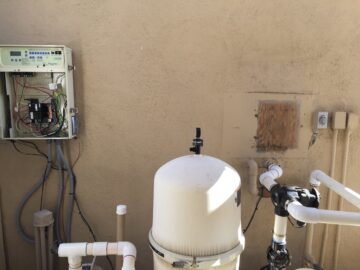 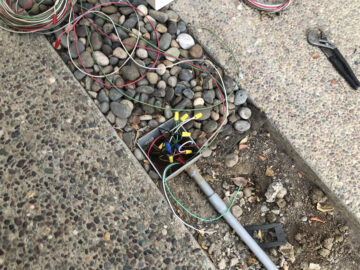 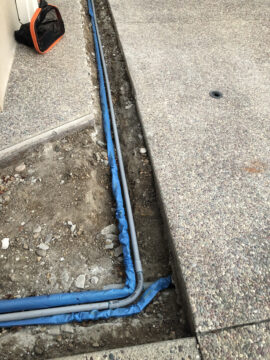 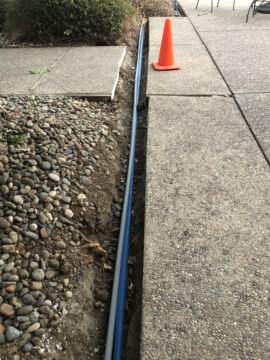