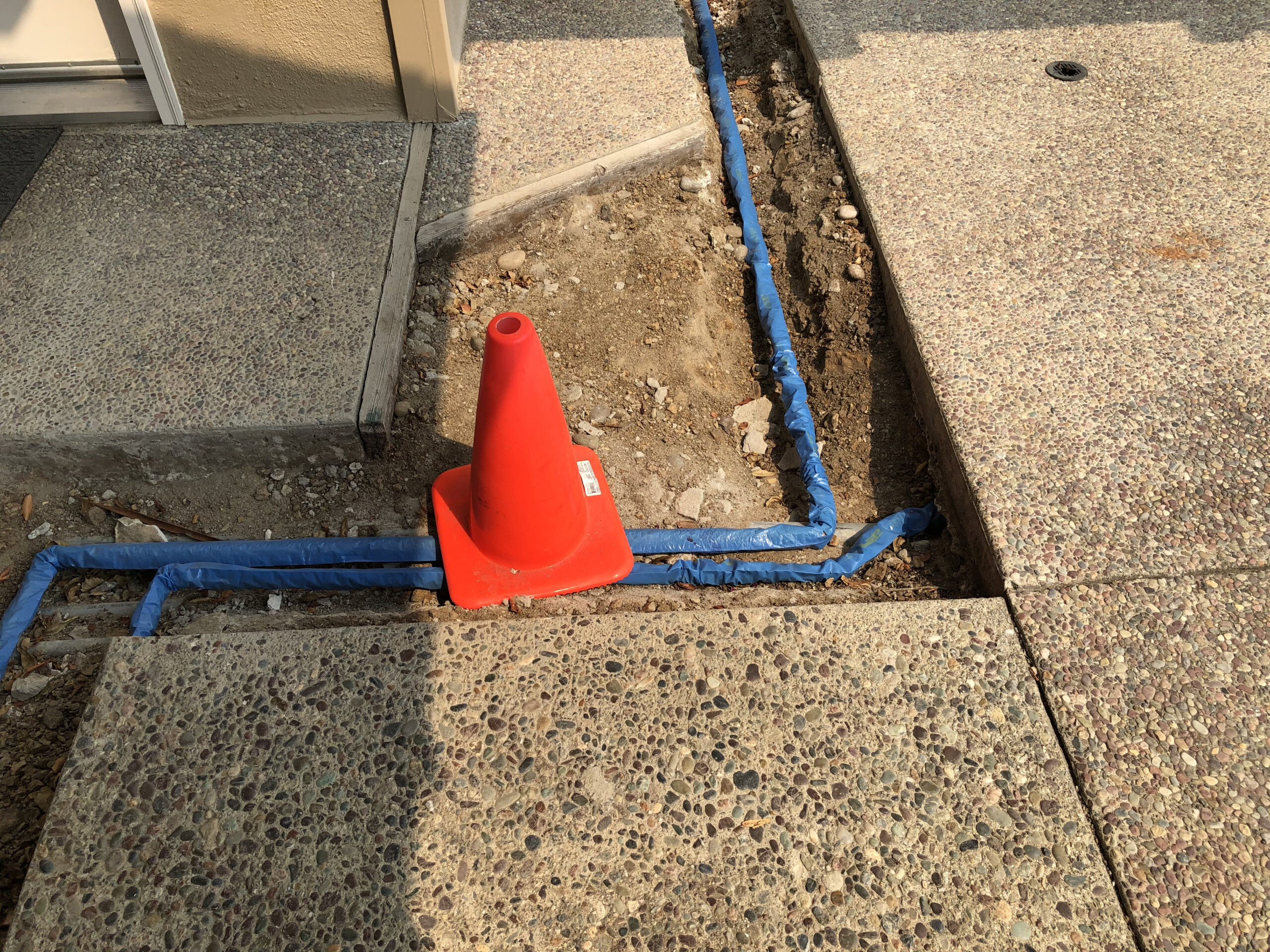 Once the concrete bits were removed, I called in our favorite plumbing outfit and explained what I wanted done.

Here’s the “drawing” I provided with a bit of markup.

A few days after the concrete folks cut the channels, the plumbing team arrived and got to work. They did more than just put in a new run though. They deleted the weird extra tap under the mulberry tree next to the studio building and they deleted the annoying christie box that had many inoperable valves — one of which caused the flood in the studio a few years back. Even more exciting, when excavating the box we discovered we do indeed have a pipe running under the pad and into the pool that was once a way to add water.

Here’s a shot of the old box. One valve was for the studio building as the previous owners installed an RV shower in the exterior side wall (even though there is an indoor shower just a short walk through the kitchen,) one was for the pipe to the pool and one was for the old run we were replacing.

So…..as part of the new plumbing they reconnected the pipe out to the pool so that now, instead of running a hose over to the pool if we want to add water, we can just flip the valve. Plus no more worries about water running over to the studio should should that valve have future issues,

By deleting the old christie box we no longer had a way to control the new pool filling option, but it was a simple bit of work for the plumbers to add a second valve above the main one on the side of the house that originally fed the valves in the box and now would just control the new run. The end result is a much tidier and simpler setup. 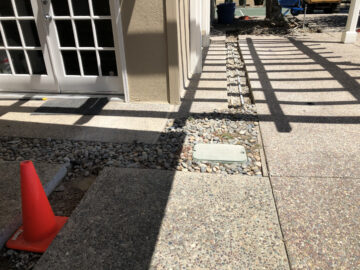 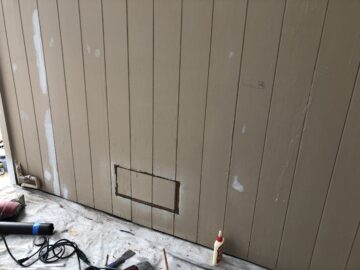 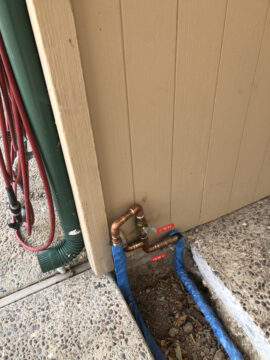 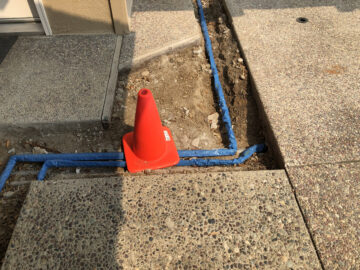 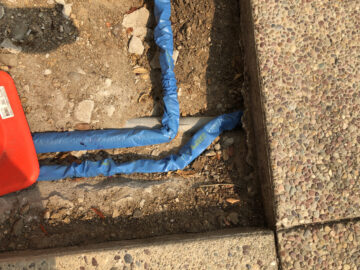 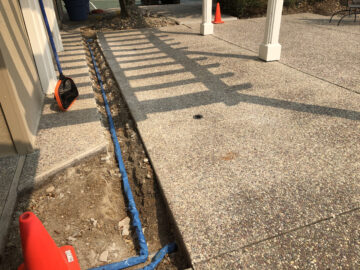 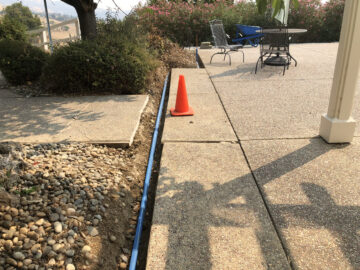