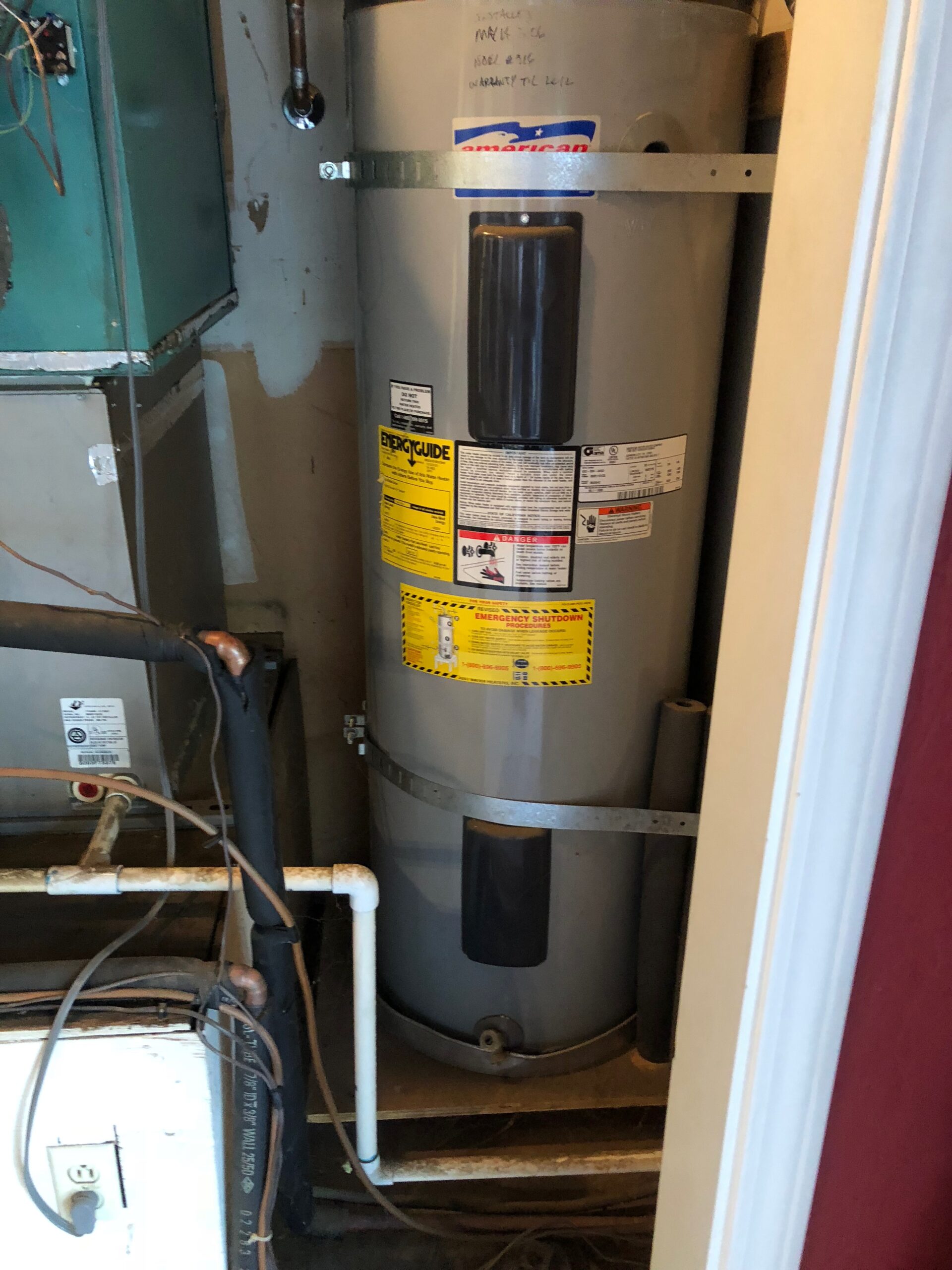 In December of 2017 we had the second water heater replaced. Our house has two water heaters: one for the north end of the house which services our bedroom and bath as well as the powder room bathroom and the rarely used giant bathroom. The second heater handles the south side, which means the kitchen and guest bath. We replaced the north one in February of 2016 but it then cooked itself a year later and was re-replaced.

So another year later when the south one started to get noisy and a bit leaky, we knew it was time to have it seen to, as well. The same guy who did our other unit came out, but instead of worrying about damaging the floors, this time he had a more practical issue to sort out: how to actually get the the old unit out of the space it had been crammed into.

As you can see, the fact that it sat next to our furnaces and the various bits of plumbing combined with the closet wall to the right meant that he had to get creative.

So he ended up constructing a frame. Then, after it was drained of water and disconnected, he and Agent Smith were able to pull it out of the space.

It was pretty much cactus….

After the old one was out, he could easily slide the new one into place.

Then it was just a matter of connecting up the new one, and in a few hours we had lovely hot water again.

Of course, that was a year ago; now that the furnaces are no longer also in that closet (I will be posting about that soon), we want to reclaim the space for something a bit more useful and aesthetically pleasing. At the time of writing this post I’m actually waiting for a quote from Able (the folks who did our septic tank) for what it would take to move this water heater to another location.