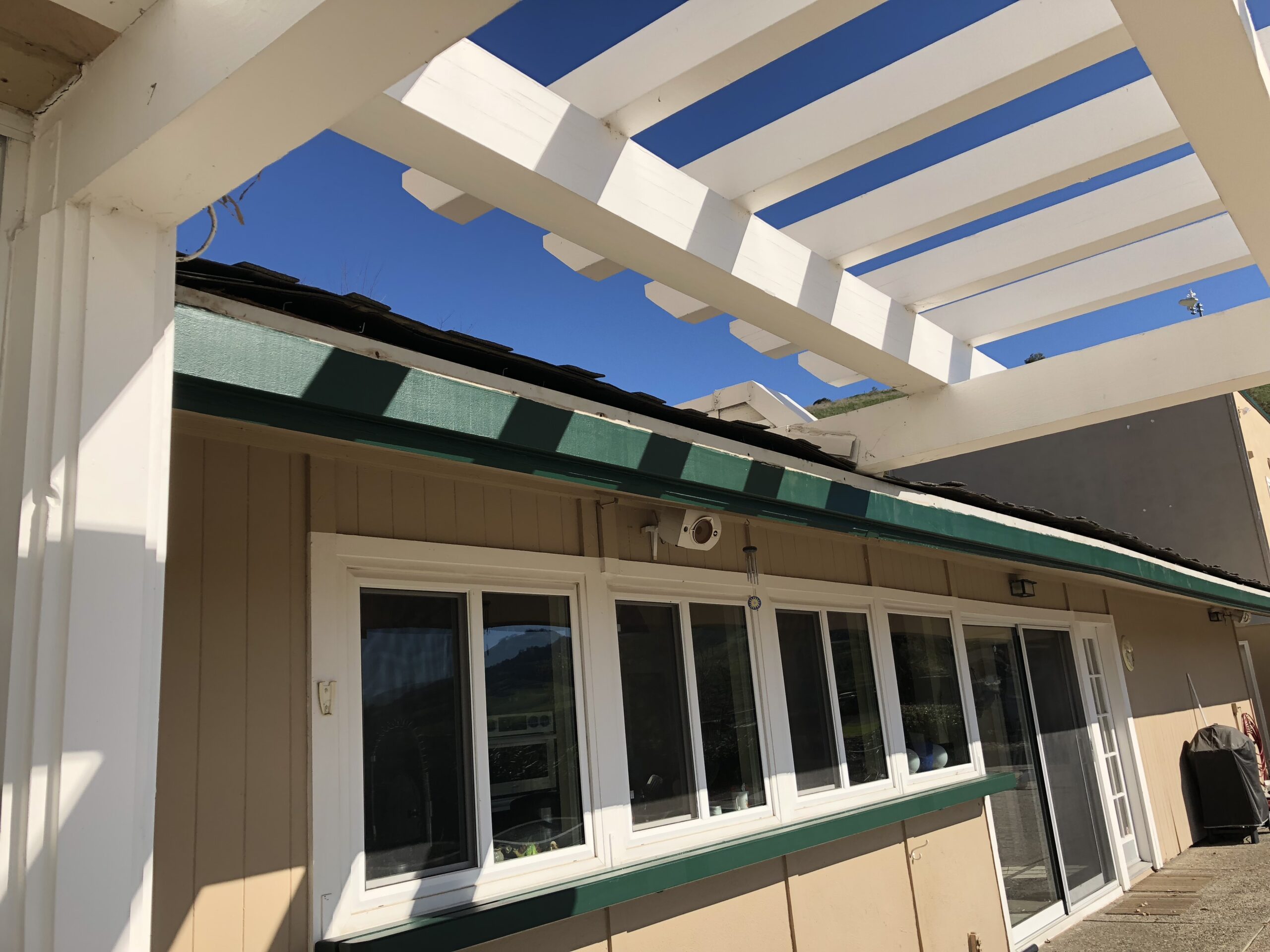 Last January (2017) we had to address the issue of the fascia as we knew when we bought the place there were pockets of dry rot. We wanted to put gutters on the house, as since its construction fifty years ago they had never been added which meant rain for the most part just ran off the roofs and onto the ground. This was no good if we ever wanted to implement any sort of rain water collection system.

I called around to about a half a dozen contractors but no one seemed very interested in the work. Getting quotes from them was difficult enough, but getting quotes that weren’t exorbitant was next to impossible. Enter our now-regular house painter Humberto. He had come to us as a subcontractor for the arbor repairs a few years ago and then we hired him to paint the north hallway and powder room in 2017 while we were waiting for the general contractor to finish work in the studio building, as Humberto was then to paint that space. He worked for us again last year when I went off on vacation and he painted my office two lovely shades of rose.

Humberto hadn’t actually done a lot of wood work outside of his own house, but he jumped at the challenge to help us seal everything up.

Here are some before and after shots.

The southern side of the house:

There were lots of other areas that need special attention but you get the general idea.  Plus in addition to tidying up all the top trim, he also made sure all the small bits like these nails that were walking their way out of the corners of the studio building were fixed.

Once the fascia was all pretty it was time to cover it up with new gutters!