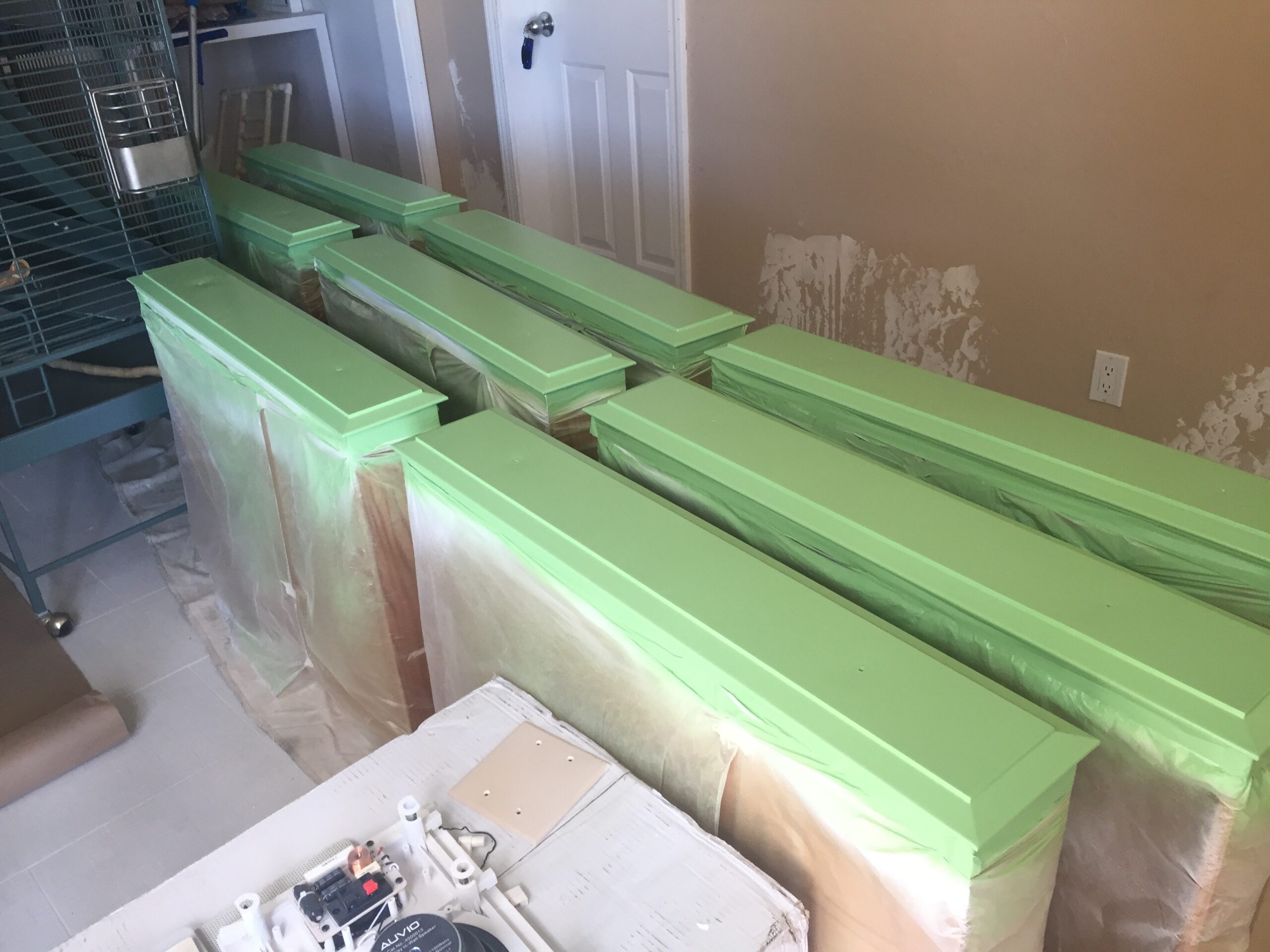 While we waited and waited for the new Studio windows to be manufactured and shipped out to us for installation, I used the down time to have the same crew who painted our lovely new ladders paint a space inside the house.

Now while I have tackled painting both the once-purple-now-blue-room as well as the boys’ space I didn’t want to spend a month or so with the north hallway and the linen hallway in chaos, so we made the decision to pay to have the space, along with a small half bath painted by professionals.

So early one morning the painters arrived and started the prep work.  I had already emptied the bookcases and china cabinets of their contents and stored just about everything in the blue room so the painters just had to move things into the center of the hallway. The first day was spent just getting everything prepped for painting. This included me assisting by excavating a very old phone jack from the wall.  In the pictures above you can just make out what looks like an electrical outlet in the wall a few inches from the floor (behind the bookcases and to the right of the door into the blue room.). It turns out the outlet was much more complicated than I originally thought, but after 20 minutes with pliers and a screw driver a large metal “thing” was removed. Then our painters made a nice patch and sealed up yet another hole in the wall. As mentioned we were also having the linen hallway painted and this included the cabinet drawer faces and doors.  Thus all the drawers had to be emptied of their contents and the cabinet doors were removed.  The door to the water heater closet was also removed so it too could be painted to match. Since the Studio building was completely empty, our painters were able to use that space to paint the drawers and doors. And, since we decided to play with colors in the space, a very pretty pistachio green was selected–the walls in both the north hallway and linen hallway were no longer going to be puke brown but instead a nice green-tinged off-white.

Here’s a shot of the cabinet doors during painting. And another of the drawers as they were drying in the downstairs studio room. During this week of painting the boys cages were moved out to the kitchen and Thy was not terribly amused by the change in scenery but he did enjoy seeing the vultures soar past as they searched for fresh squirrel corpses. Finally here’s a shot of the linen hallway prior to the walls being painted but after the trim was done and the water closet door put back in place.