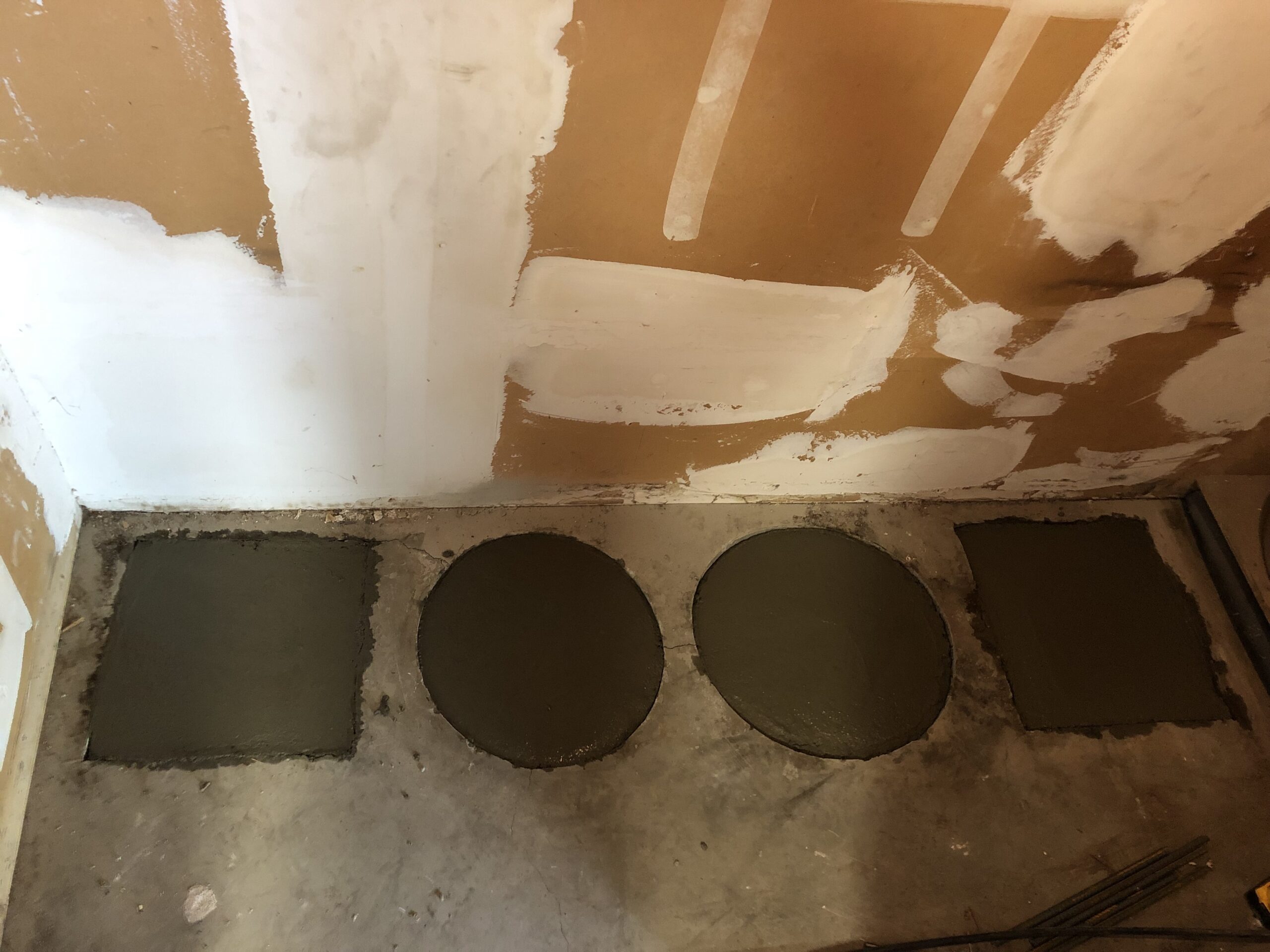 One last project that was completed while I was off on vacation was the final cleanup of the crawl space and the plugging of the many holes in the concrete pads that resulted when we had the old diesel furnaces removed back in the spring of 2018.

There were four HUGE holes in the floor of the closet in Agent Smith’s office. These were for the supply and return vents for the old diesel units as the pad was actually poured around them when the house was built back in the late 1960s.

While I was gone, Agent Smith and a couple of guys who do side work for us managed to fill these suckers in, thus making that closet useable.

Here’s a shot of what’s in it now: our 3D printer setup!

Those weren’t the only holes that needed attention though. One in the kitchen and one in the guest bath that looked like this originally back when the diesel furnaces were in place, were also now gaping maws.

But with a bit of cement and framing, they were soon filled in.

Eventually we will cover these with tile, but that project is still pending because….

….there are also four holes in the slab of the downstairs area of the great room. I’m currently trying to have tiles to match those in that space recreated and it is proving a very lengthy process.

Eventually it should get done and I’ll write about it, but for now the advantage of having all these gaping holes plugged up is that critters, specifically rodents, have a harder time running about through the house, but more on that in the next post.