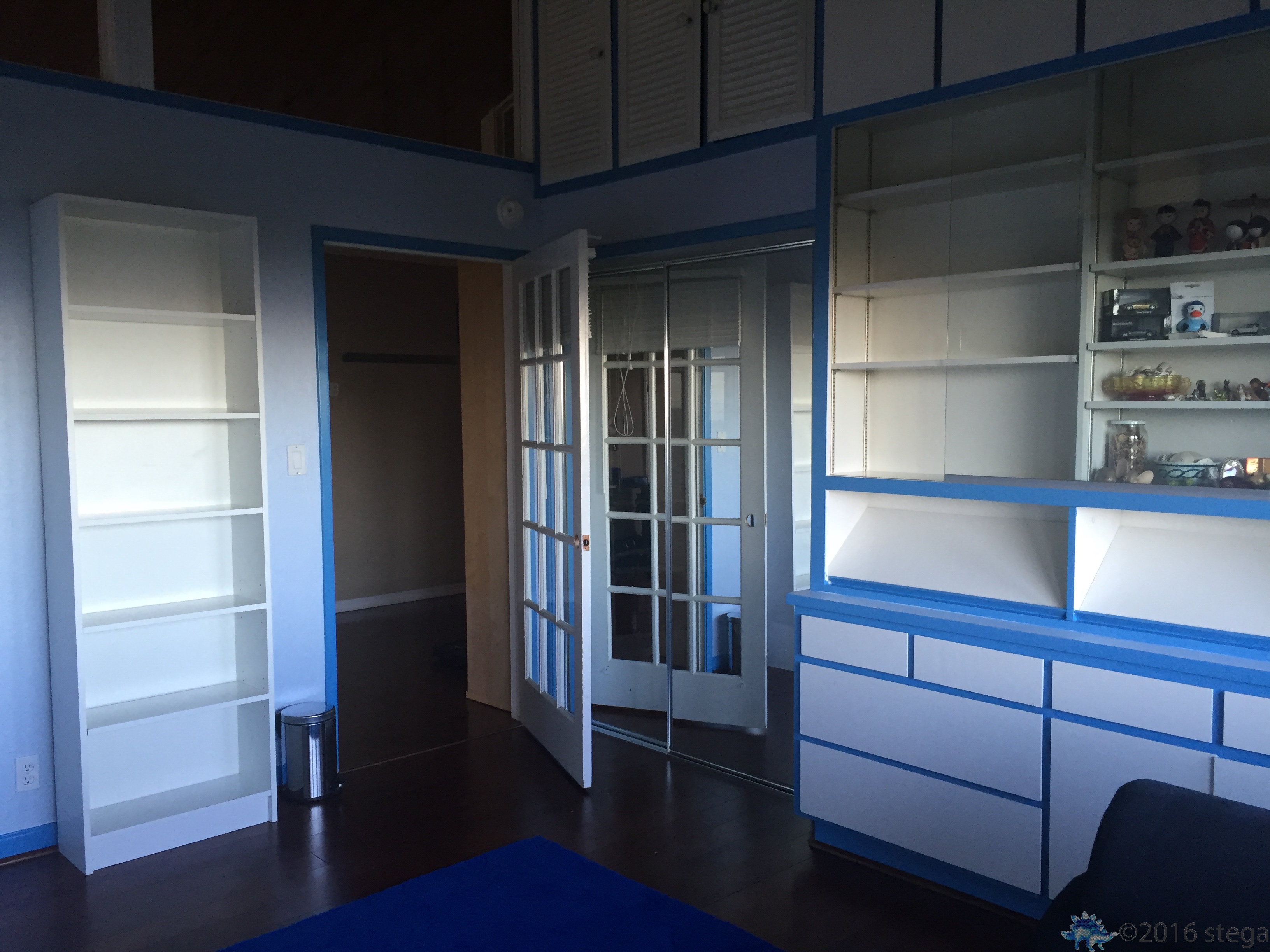 One of the first big changes I made to the house was to paint the blue room. Originally a very deep purple, as it housed the POs teenage daughter, after much work is was made into a more pleasant space. There was originally carpet in the room, but way back in the late summer of 2016 I had it replaced with engineered bamboo flooring (the same that is in my office.)

Once the room was painted, it then got quite a workout. As this was the space where things got moved to when we were doing other projects in the house. For example when I went off on my first vacation in March of 2018, I made arrangements for my office to be repainted which meant moving almost everything out of my office, and the perfect out of the way spot to store it all was the blue room. Same for when the north hall was repainted in 2017 and then during the huge floor refinishing project: the contents of the north hallway was all moved into the blue room where it was safe and out of the way.

The boys even spent a week or in the room when I painted their space.

Other than using it store things during big projects, the only addition to the room since painting it was a couch I had made. Said couch rarely was used since there wasn’t much else in the room, although some mice did find it very interesting.

So after my grandmother’s cedar chest was finished, the couch was moved into my office where it gets used regularly.

Moving the couch out though meant figuring out what to do with the space, and what I wanted to do was put in a Murphy bed. So I started perusing Pinterest for ideas. The board for the space was pretty small as I knew what I wanted, only finding a way to get it proved very challenging…

I ended up meeting with three different contractors in person who all assured me they could build what I wanted and then after visiting and taking measurements, they never got back to me. So then I tried a few local cabinet shops that said they could make me something, only I didn’t like any of their offerings. Then I started poking around online some more and found Murphybeds.com. They fabricate furniture similar in quality to IKEA’s stuff, only they specialize in Murphy beds.

Agent Smith and I sat down with their online design tool and soon enough had an order ready to put through. A few weeks later it arrived and awaited assembly…..