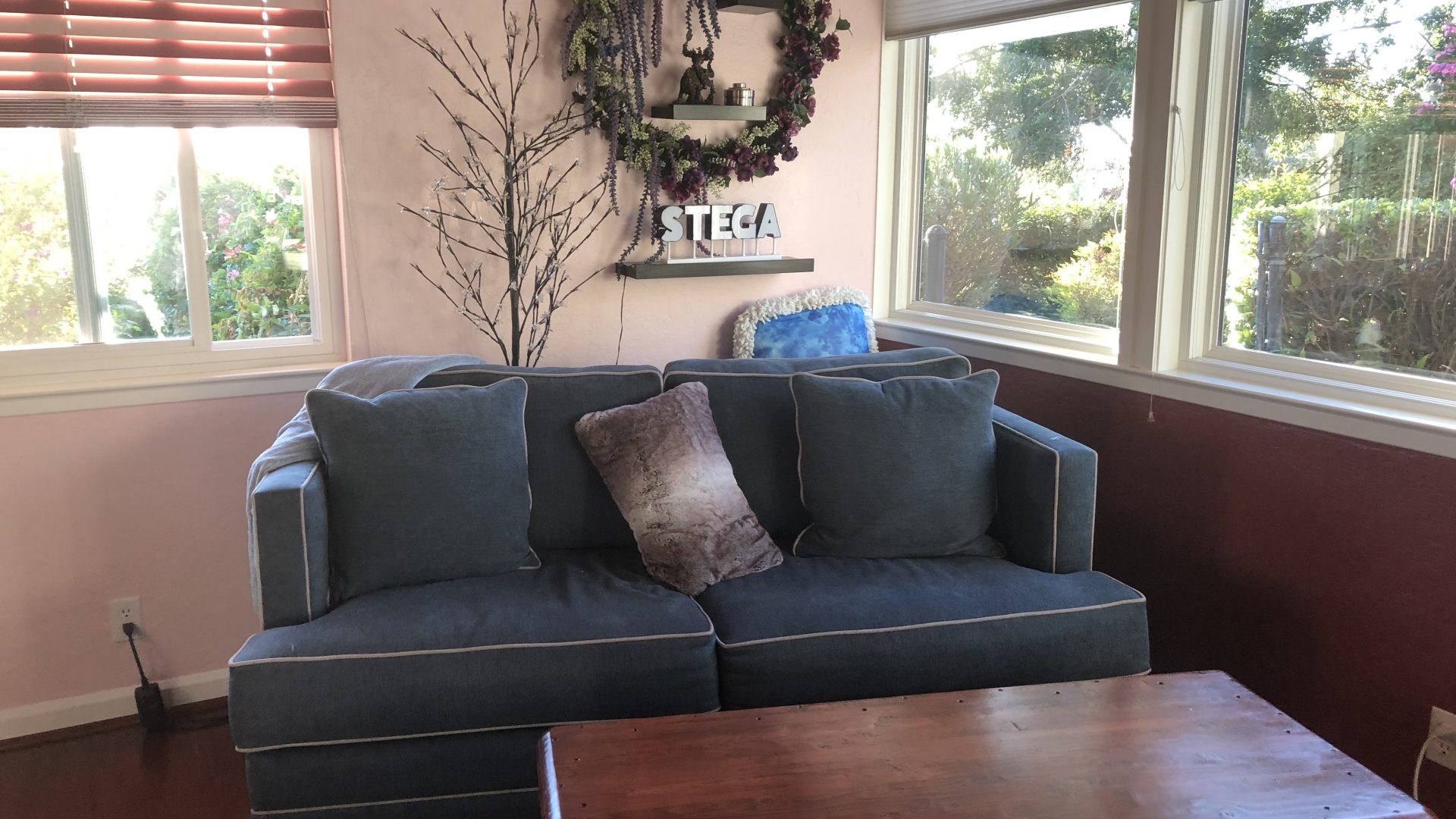 It’s been a busy few months here at Purgatory, but this week I’ve been busy writing new posts as I sift through the huge backlog of pictures, videos and emails. Things are scheduled to start appearing next Monday, but in the interim I figured I’d tell the story of the blue couch….

As we live in the house, plans evolve and how we use things shift and even small details change. Case in point, three years ago I painted a room for the first time. It went from purple to blue and we thought we’d turn it into a space to read books or watch something on an iPad. Turns out we don’t do that in there.

We even spent quite a bit of money on a custom couch and then never sat on it in the blue room. The mice however really liked it and after some minor repairs, it was moved to the great room for a bit. Eventually it was back in the blue room, but then after my office was painted and my grandmother’s cedar chest was refinished, the couch was moved into my office. Now it’s actually used a lot. Either when I want to take a break from sitting at my desk, guests visit and want to hang out, or Agent Smith wants to hang out with me and the birds while working on a laptop.

It also looks great in the space.

An extra bonus is that one day back in November of last year when I was at Target I found some little letter lights in the clearance aisle. Even luckier they had all the letters I could want…

So I bought them and brought them home. The only issue with them is that they were battery powered. I say were, as Agent Smith made a few modifications so they could be mains powered and then he designed and printed a nice little stand for them.

I then found a set of shelves off Amazon and installed them behind the couch with a wreath I made surrounding things, and suddenly the little corner in my office is interesting and useful.

Yes that is a World of Warcraft 10th anniversary statue on the middle shelf. Oh and added bonus, the tree light behind the couch….it doubles as our lovely Christmas tree every December. Although we now have garland and some round ornaments for it — the pic below was taken our second holiday here so the tree was a bit spartan.