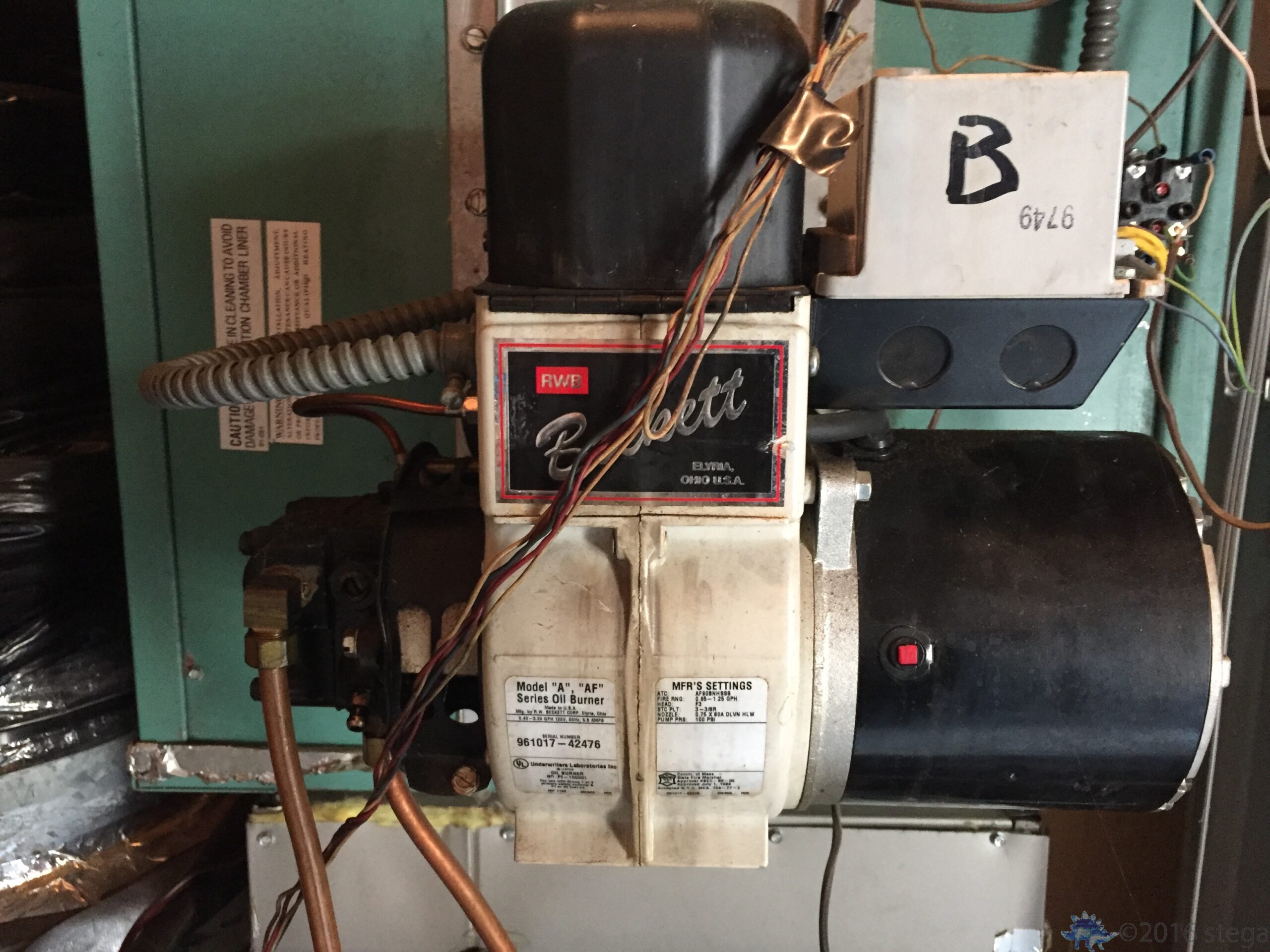 First a point of clarification:  we have two furnaces of the exact same make/model.  Furnace B handles the north wing of the house and Furnace A handles the west wing.  They share the same primary feed line from the fuel tank but they are on separate thermostats and have separate duct systems.

With that said…last year after a lot of research, many phone calls and a bit of sheer luck, I managed to find the guy that until a few years ago had serviced the furnaces here at Purgatory for the last 20+ years.  He came out and gave the units a tune up back in January.  In August I set about sorting out our heating situation  for the winter as after we had a look into the ducts we decided we really should get them cleaned.  Last winter the boys both suffered from some respiratory irritations and I’m pretty certain it’s because of dirty ducts.  So back in June I tried to call The Good Furnace Guy, aka Phil Soucy of Summit Heating, but got no response.  Then I tried again at the beginning of August and found out he had passed away at the start of June.  Even though I only met him once I was bummed out as he was a really nice guy and that had to be very hard for people who knew him well.  Since diesel furnaces are rare out here finding someone new to work on them might have been difficult, but I called up our oil provider and asked them if they knew anyone who worked on such beasts and they gave me the info for The Furnace Man.

So Randy (the name of the actual Furnace Man) came out and spent three hours going over our units.  He cleaned and re-alligned the aerators, made sure the fuel lines were clean and gave everything a thorough going over.  It turns out we were wrong about the age of the units.  They are only 25 years old, not close to fifty as we originally thought.  That makes us a feel a bit better about our decision to not replace them immediately.  Instead they are on the long schedule–ie projects several years out. One distressing item to note is that the previous owners ran the furnaces sans filters.  Granted according to the historic thermostat settings they kept things very very chilly during the winter months and only raised the temperature in the mornings and evenings to 62F.  Still no filters in the outgoing air and no filters in the return vents made for some pretty nasty air quality.  Which explains why Tenar and Thy had some respiratory irritation last winter.

Once everything was all put back together and running smoothly, I set about getting the next few phases of this project sorted out, as Randy charges quite a bit by the hour, so our original idea of having a single service provider handle the tuneup, moving a thermostat and helping clean/repair the ducts was not fiscally responsible.