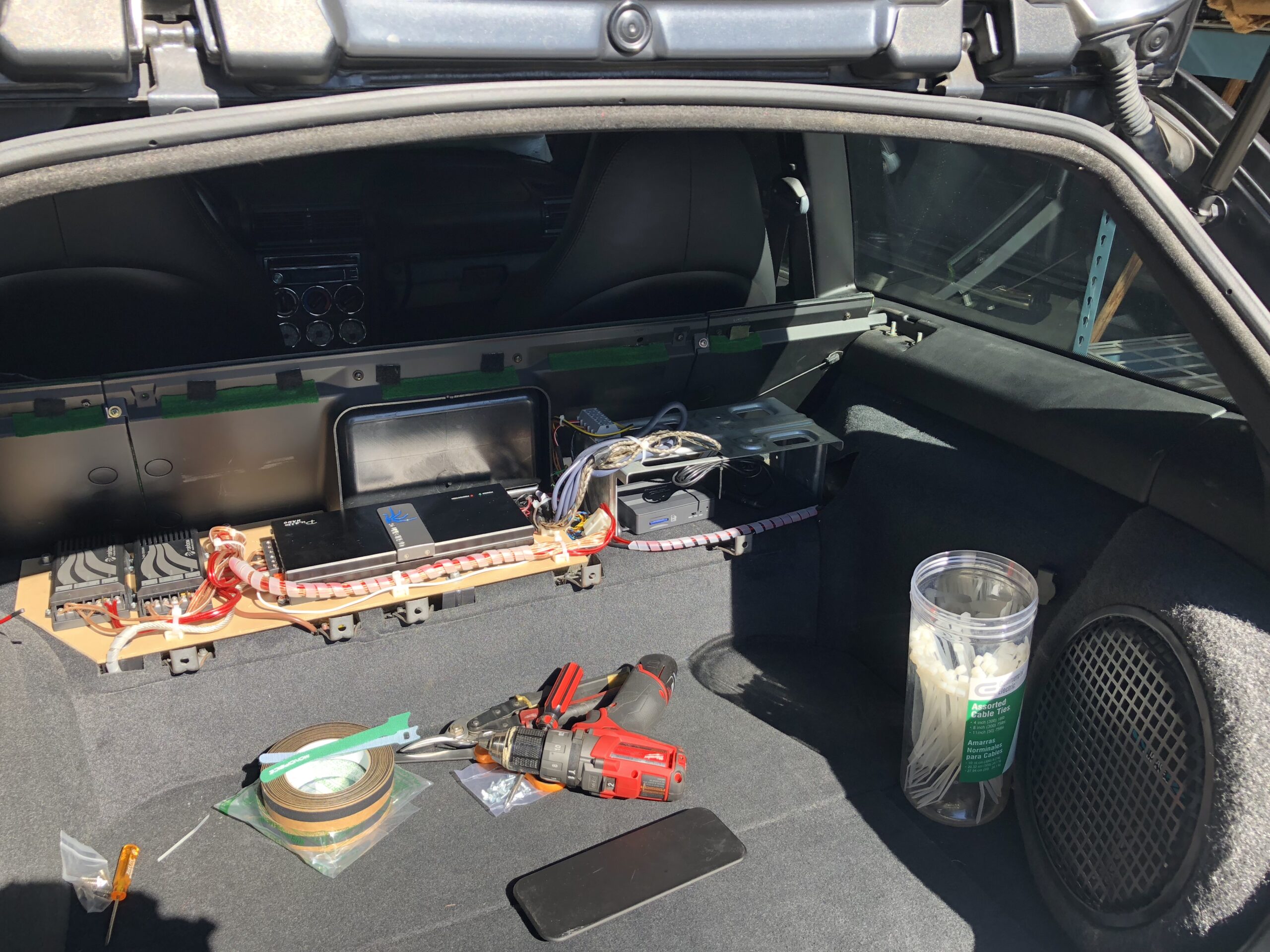 In addition to the race cars built here at Purgatory Auto Works and Dinosaur Farm, we, well really Agent Smith, works on our “normal” vehicles as well.

While the 911 and M Coupe usually go to BR Racing for their regular service and Barbie (the F150) and Midge [the F550 RV we just bought (more on that later)] go to Mission Valley Ford for their service, things like oil changes and especially electrical things are what Agent Smith will usually handle

So when the coupe developed a very annoying electrostatic sort of rattle, Agent Smith spent a bit of time sorting out what was going on. Turns out the amplifier he had installed after first buying it was dying.

It was then out with old and in with the new. The new being a much smaller yet just as powerful amplifier. Soon enough everything was put back together and no more annoying static.