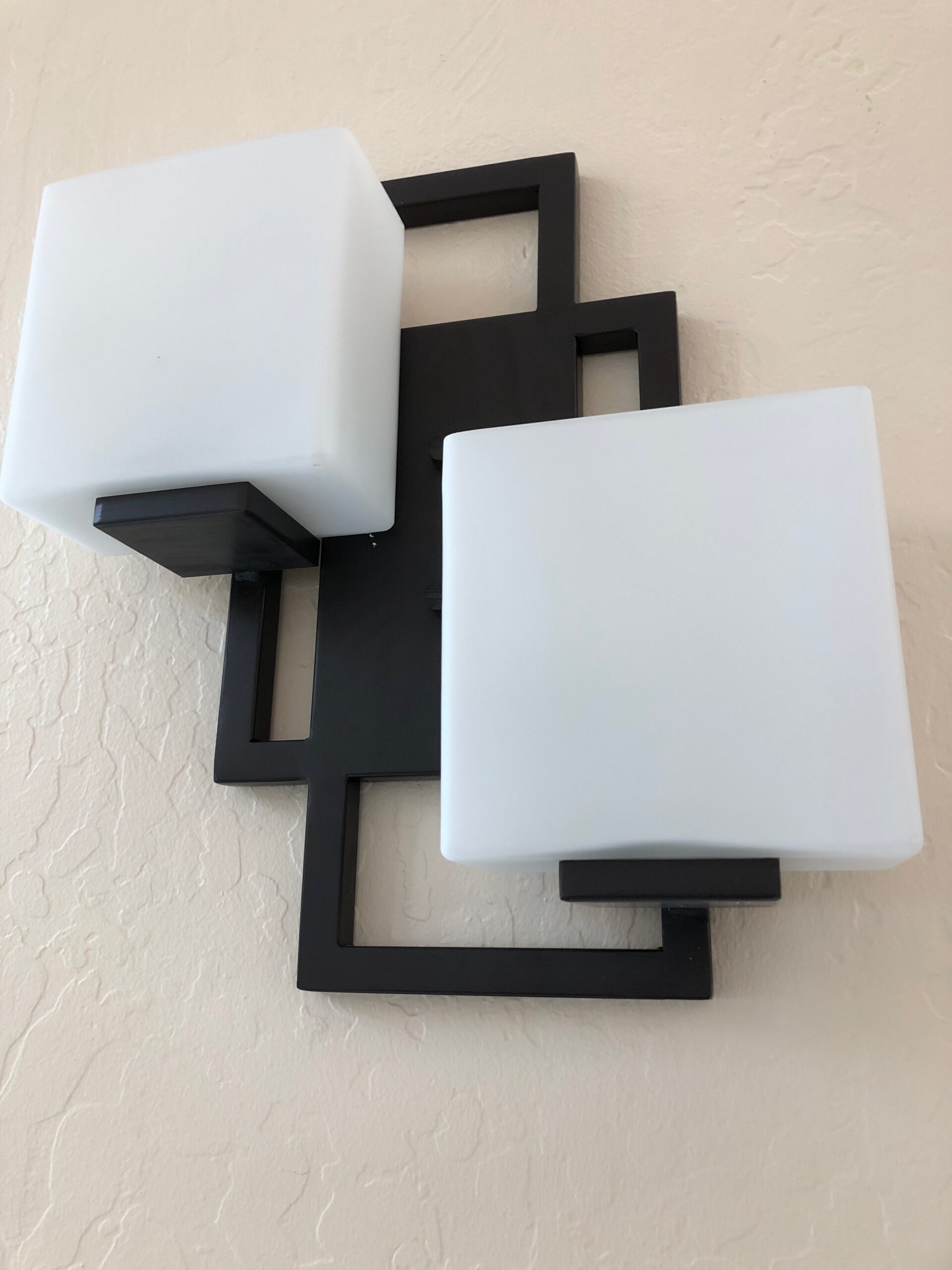 The long, drawn-out saga of the studio building has taken longer to write about than the actual work took to complete!

Past posts detailed the saga which started when we had a small flood due to the PO’s stupid plumbing ideas; which led us to discover they liked to hire shoddy contractors; who thought installing windows meant you didn’t need actual window frames; and I then had to sort through some of the stuff in the building and find new owners for some it; and eventually picking out new flooring materials that our contractor then installed both upstairs and downstairs.

Then there was the matter of the craptastic speakers in the walls that we ended up removing, plus a shoddy swing door. It seemed the list was never ending.

So, moving onward to finish the story, once the floors were done, I went in and spent a few hours putting in a line of caulk between the new baseboards and tile.

Then there was the matter of the lighting in the room. The new lights we installed we found on sale at Lampsplus.com. Super simple square sconces to advance the cube motif I planned for the space.

The old lights were really really ugly. Here’s a shot of them.

I managed to find a buyer for them via Craigslist and they went off to illuminate a small church.

Then there was the matter of tracking in stuff from the outside whenever we go in or out of the building. Thanks to Amazon I found a fake grass rug that quite nicely manages to keep any leaves or other debris at the doorway

Then another online find:  a pretty yellow rug for the downstairs area.  Slowly the space was coming together.

This all occurred after the space was painted and the blinds installed, but that will get covered in the next post….

Listen to this story