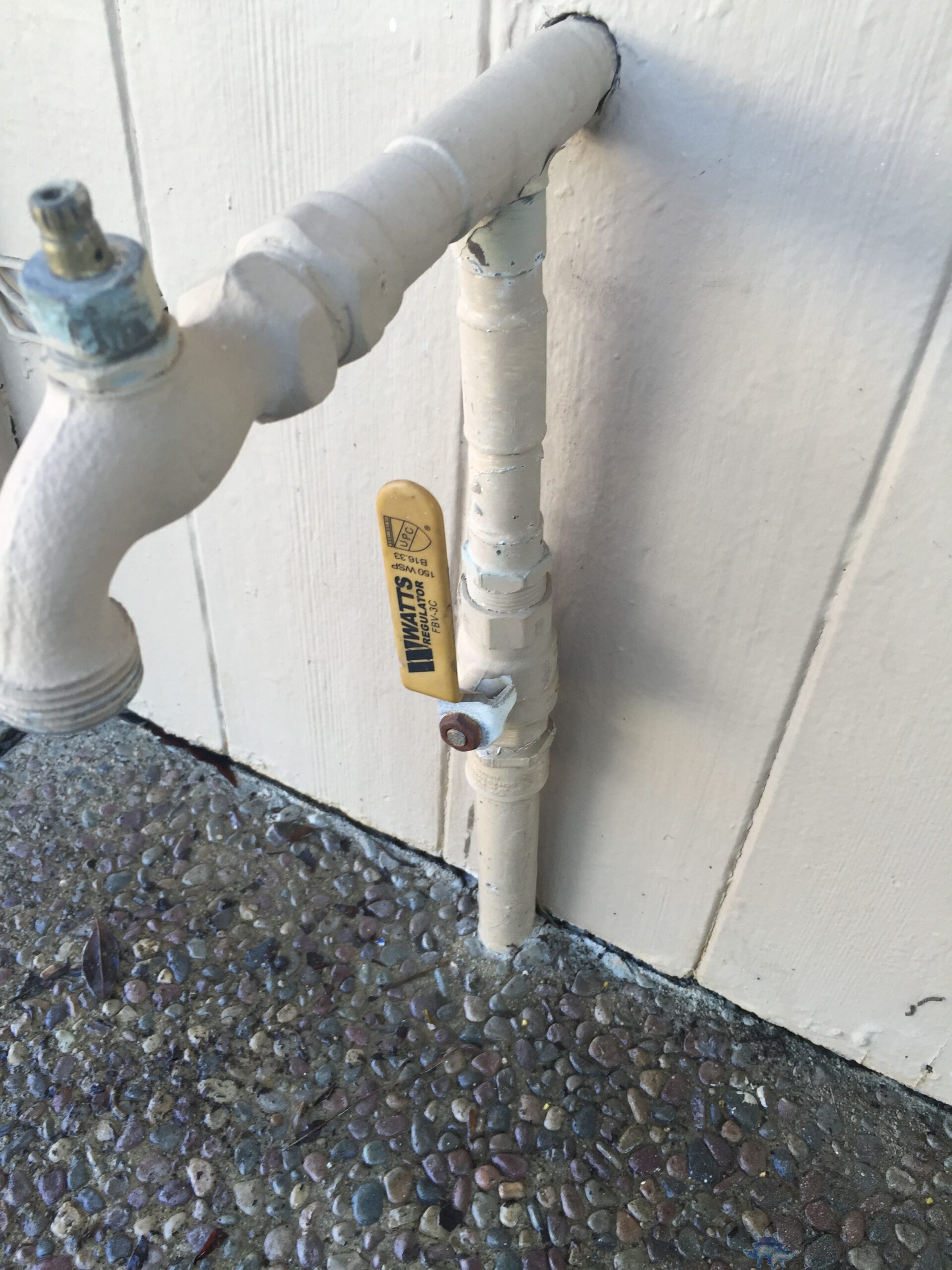 Purgatory is a rather vast property compared to a typical dwelling.  Granted a homestead or true cattle ranch would dwarf us in comparison, but we have much more in common with those sort of locales than we do with the typical suburban home.  This is illustrated quite well by the numerous uncharted water pipes and taps that traverse the property.  Eventually we hope to have a valid map of what goes where and does what but right now we just deal with things up near the house.

And by deal with things I mean when something breaks we fix it and when fixing it we usually discover something annoying about how things were done before our tenure here began.  Case in point, we had a leaky water tap outside Agent Smith’s office.  The tap wasn’t actually of use as the previous owners had put one of those silly decorative handles on it and it had broken off before we bought the house, but as there is another tap 12 feet away the only things really noteworthy about this one was the handy shutoff valve on the supply line.

So since we’ve failed in the last year to find a truly reliable plumber I cast about looking for recommendations.  Since I’m signed up on NextDoor I checked there and found a recommendation for R.M.B Plumbing.  Had them come out, give me an estimate and we agreed to it, so a few days later they came out to do the job.  The job of course became complicated as while the pipe above the shut off valve was all metal, below the valve it was PVC.

This meant the guys had to cut through the concrete to remove a rectangular section of it, get a clean connection below the surface and then replumb the line.  To make things easy we just had them remove the extraneous tap and just make it a shut off point.  They then grabbed spare rocks and filled in the area so you can barely tell what was done.

We were very pleased with the work.  Unfortunately the work they did to keep two other taps from leaking was not so successful.  One of the taps still leaks and the other cracked a fitting.  They came back out to readdress the issues but we still have a leaky tap and the same pipe that had cracked a fitting did so again the day after the work was done.

At least in the case of the leaky tap all is not lost.  It is quite the avian social scene as it is mobbed every day as the birds fight over who gets the 3 drips of water that plop out every minute or so.

I’m smiling after reading this, and not because of your misfortune, but because I’ve encountered the same issue several times at our property on the lower end of Mt Pleasant Rd. Seems it was the thing to do and pour a concrete slab around an exterior water pipe! One fine summer day, hours before my in-laws were flying in for a stay, My attention was drawn toward a dripping outdoor hose bib. Should have been a simple case of shutting off water and replacing the faucet, but the faucet was seized onto the pipe. Nothing that two large channel locks… Read more »

hah! poor you. Eventually another tale about pipes in concrete will be written as we just came across another occurrence.