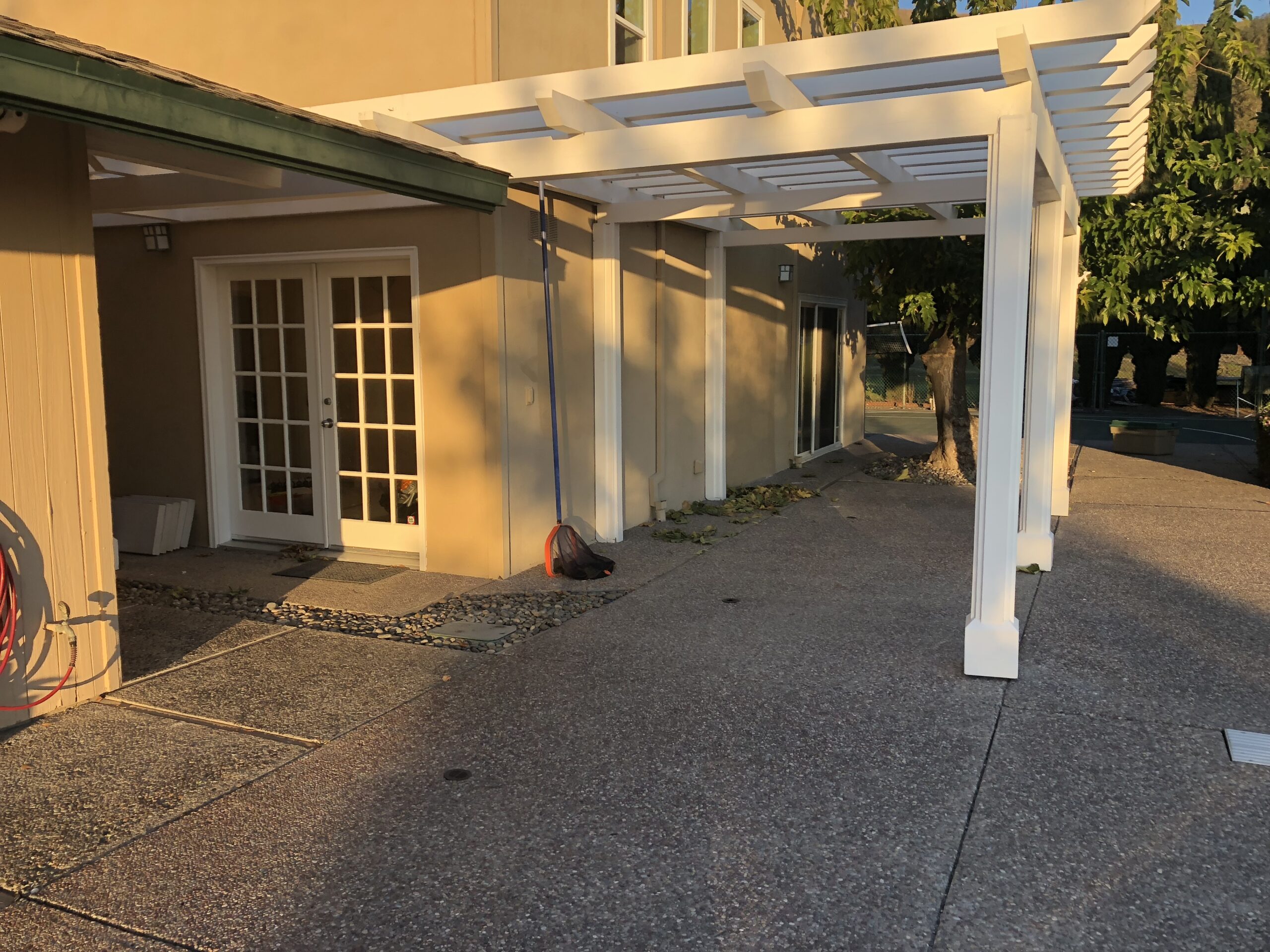 The new windows for the studio building finally arrived and were installed in early November of last year.

Once they were in place, a team arrived to take care of the stucco, as in addition to the windows, there was the matter of the stupid hole left by the RV shower that the previous owners had put in place.  They had wanted an outdoor shower and this was there “solution”.  Why on earth they did such an inane thing when there is a full bathroom not 20 feet from the pool — sure it’s inside but the floor is tile — we will never know.  Yet they punched into the exterior wall, wedged the stupid thing in and then, wonder of wonders, they didn’t actually hook it up properly.  Oh there was a pipe run to it and water could supply it, but they didn’t actually connect the pipe properly so back when we were testing valves at the christy box to find out if we had a fill pipe for the pool and we failed to turn off one of the valves just a fraction,  the result was that the next morning the downstairs of the west end of studio had almost an inch of standing water covering the floor and thus this whole saga began Anyway, the stupid “shower” was pulled out and the wall was then patched and sealed.  The stucco crew then arrived and got to work on filling everything.  They started with the new windows…. And the moved on to address where the old swing door had been, the stupid “shower”, and a few other areas on the main house that need attention.  Our regular exterior painting (Humberto) rocked up a few days later and took care of painting the new stucco to match. Here’s the vent in the kitchen that was also “fixed”. As well as a spot outside the master bedroom. Finally some shots of before and after of the south west studio wall. Getting the exterior sorted prior to the winter rains made us super happy.  Now all that was left was to finish the interior work.