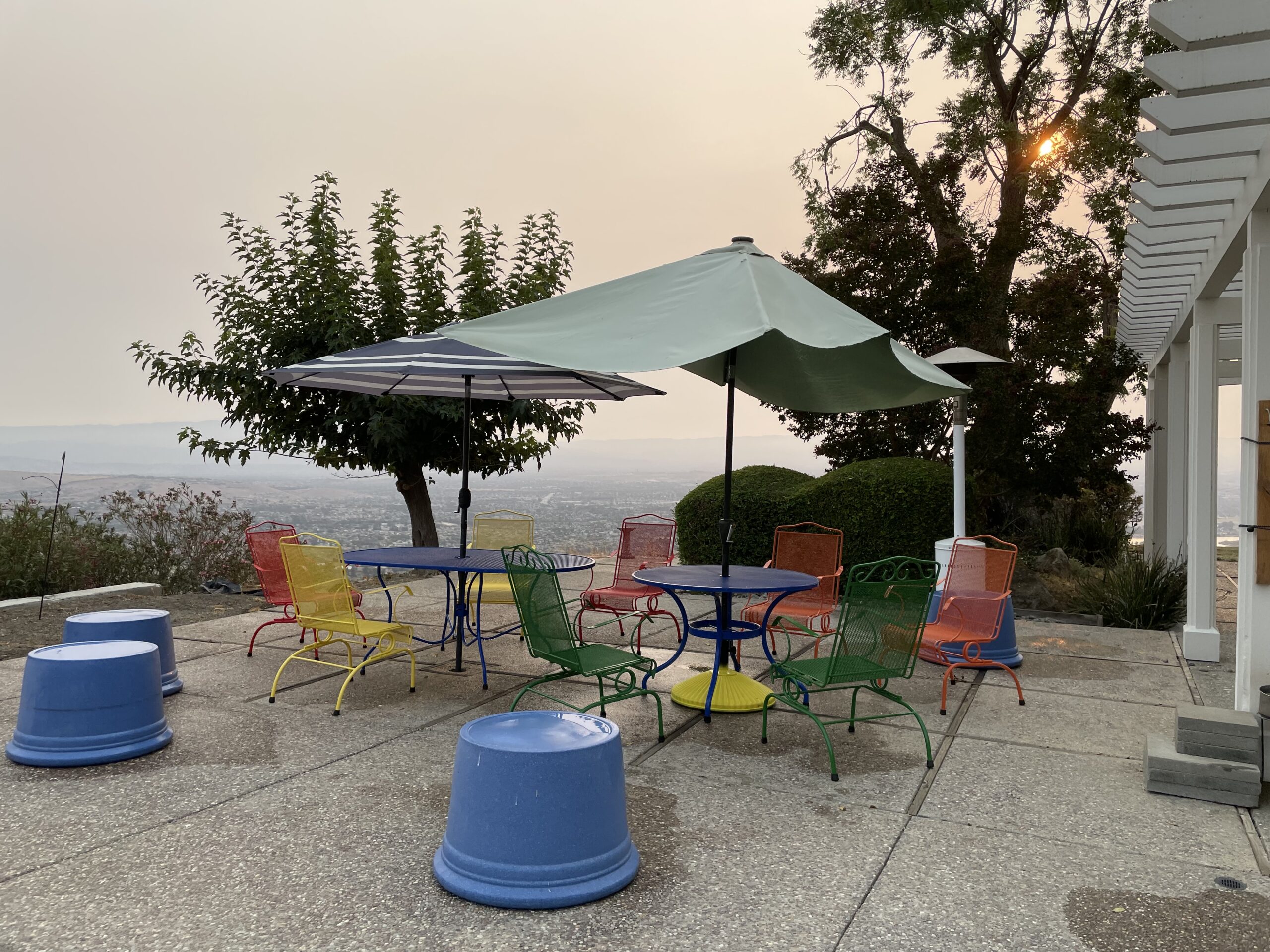 Following on from the last two posts…..I sent an email and a couple of months later the date was set for two people who grew up in the house and their families and a few friends to visit.

Agent Smith was off racing that weekend, so it was just me playing hostess. Saturday night all I really had to do was move the patio tables close together as I was expecting a dozen or so visitors. Oh, and I made some banana bread. 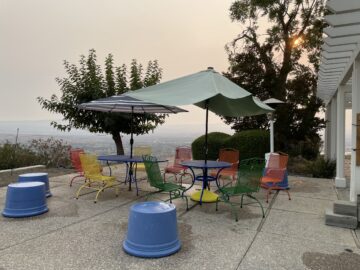 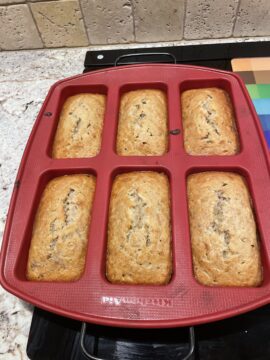 Then that Sunday morning I put together a DoorDash order from a local restaurant and waited. Soon enough a half a dozen cars rolled in and the reminiscing began. I made sure I had a notebook and pen with me and wrote down much of what was said regarding the history of the place.

This is just some of what I learned:

Originally our property was called 5Rs Ranch (because there were five members in the Richards family) and it encompassed not just our acreage, but everything up the road to the north and east of us. It was subdivided and sold off as part of the divorce in the early 1980s.

When the house was about to be built the road to it didn’t exist, so it and the original driveway up through what we call the south pasture were “created”. (Oh and the roads up here were dirt and gravel until the mid 1980s.) This was before the era of county bureaucracy and thus our lovely pit was created which then became a swampy bog. Not only was there a man-made pond all the way down at the start of the original driveway, but where our big garage is now there was an actual small natural pond. This made creating the pit in the garage floor very tedious: turns out the Doc made his sons dig it out by hand and it was very mucky.

Here are some other fun factoids:

But enough history for now.

We walked and talked and then food arrived. I guesstimated well and there was plenty to go around with very little left over. Then we walked and talked some more in order to make room for some of that tasty, tasty banana bread I had made. All too soon though it was time to say goodbyes and they all rolled back down the mountain. It was such an awesome day though and the siblings were super happy to visit and I get it: I moved a lot as a kid, so I have all the houses I lived in growing up favorited on a real estate site so if they do go on the market I can perv at their current conditions. From what they said, the divorce and subsequent move was a very sad thing, so getting to show their families that all the stories they told about the place they grew up were not tall tales, was a really awesome thing. Plus getting to chat with old friends about “do you remember when” with me standing by to scribble down little notes that I eventually turned into that long list earlier in this post, was I’m sure super nice. Especially as the day before they had just held the memorial for their mum.

So to close out this long tale, here’s a shot of most of the visitors: three or four left the party early due to other commitments.

I don’t know how I found this blog but boy does it bring back some fond memories. In elementary school I would stay at the Richards during summer vacation. I remember the house vividly because at the time (50years ago) most folks didn’t own big houses like that. I remember having competitions running down that long hall way in socked feet and seeing who could slide the farthest. We would also get on Honda 70’s and ride way, way back into the Diablo hills and camp at an old structure that was probably used during cattle branding season. We called… Read more »

wow! Thanks so much for your memories! Now when I walk down the hall I will hear the laughter of kids in my head for quite a while and imagine them all skating down the slippery floors!

I will also let my Richards contacts know about your comment if that’s ok.