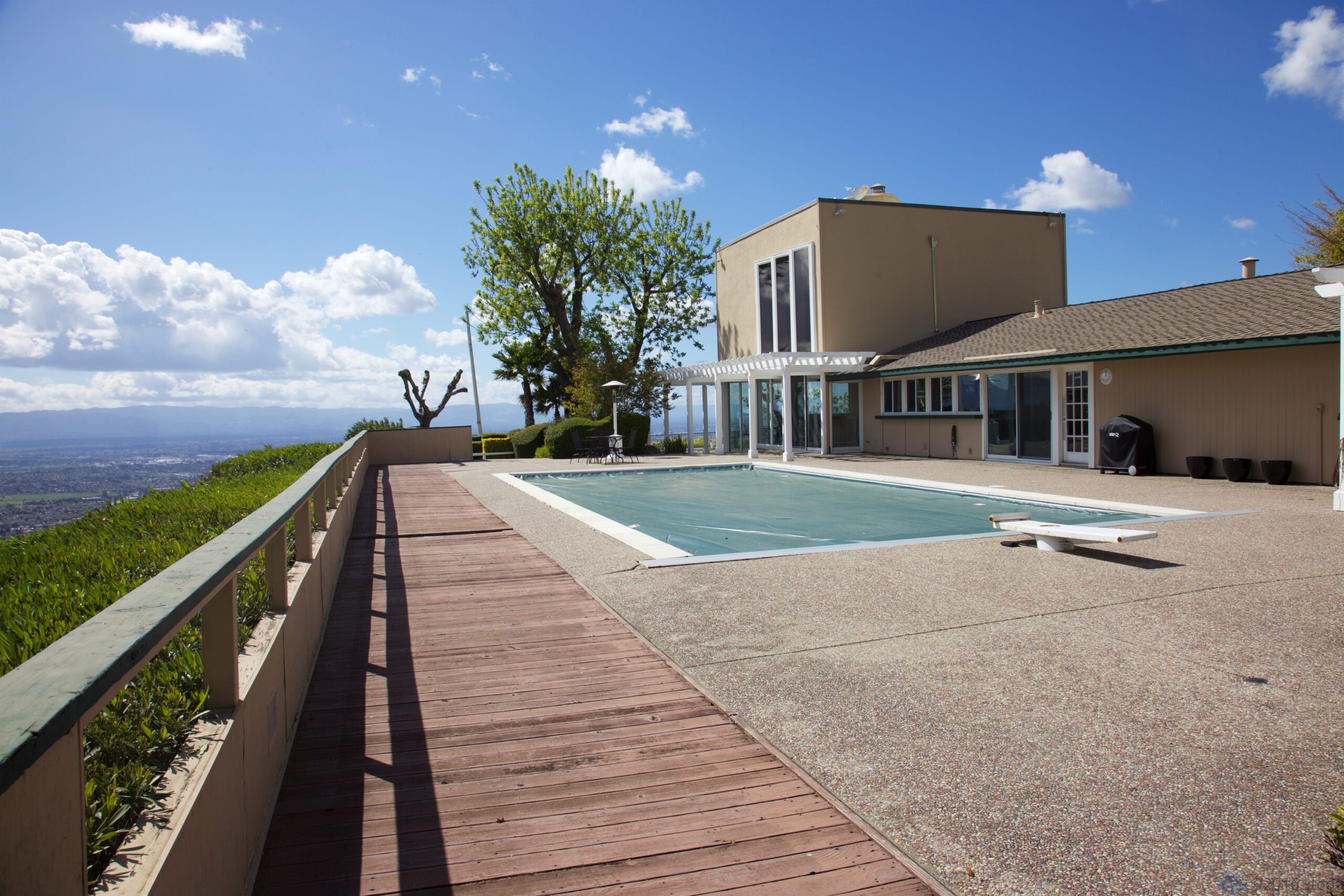 Getting the new pool lights installed revealed yet another issue left by the POs.  When the pump and original solar were put in, the pump controller wasn’t installed properly.  The folks at Genie Pools are pretty certain that the POs paid someone very little money or did the half-assed job themselves.  As such, the controller, was not installed with a GFI outlet/proper ability to trip the breaker should things misbehave.  As I think I mentioned in an earlier post, the controller box (seen below on the left) didn’t have individual circuits for the gear but instead relied upon a single 20 Amp breaker off the interior breaker panel.  Genie rewired everything after putting in a 30Amp breaker at the interior box. They then put in individual breakers at the outdoor controller box.  But because the pump controller was originally installed improperly, after Genie left, nothing wanted to turn on when it was supposed to.  After another service call and $750 we have a new controller unit that actually works (and has a pretty LCD display.)

Here are some pics of the completed panel (you can see on the right where the panel once was–it was actually difficult to open since he solar pipes were just below it.)  As you can see the controller panel, now on the left actually has circuit breakers INSIDE it.  What a novel concept.

Here is our new pump controller.  And here is the rather unsafe old one.

All that remained for the pool for now was to get the persistent leak we’ve had since taking ownership sealed up.

Here’s a shot of the leak.  As you can see the upper pipe needed some love.

Of course now we’re lucky if the water temp creeps over 60 degrees, so if want to swim in the frigid water, I’m going to have to find a very very warm wetsuite.

Although the one lovely bit is that the solar panels we had installed a few months back don’t have to be drained…this means winter swimming is possible.