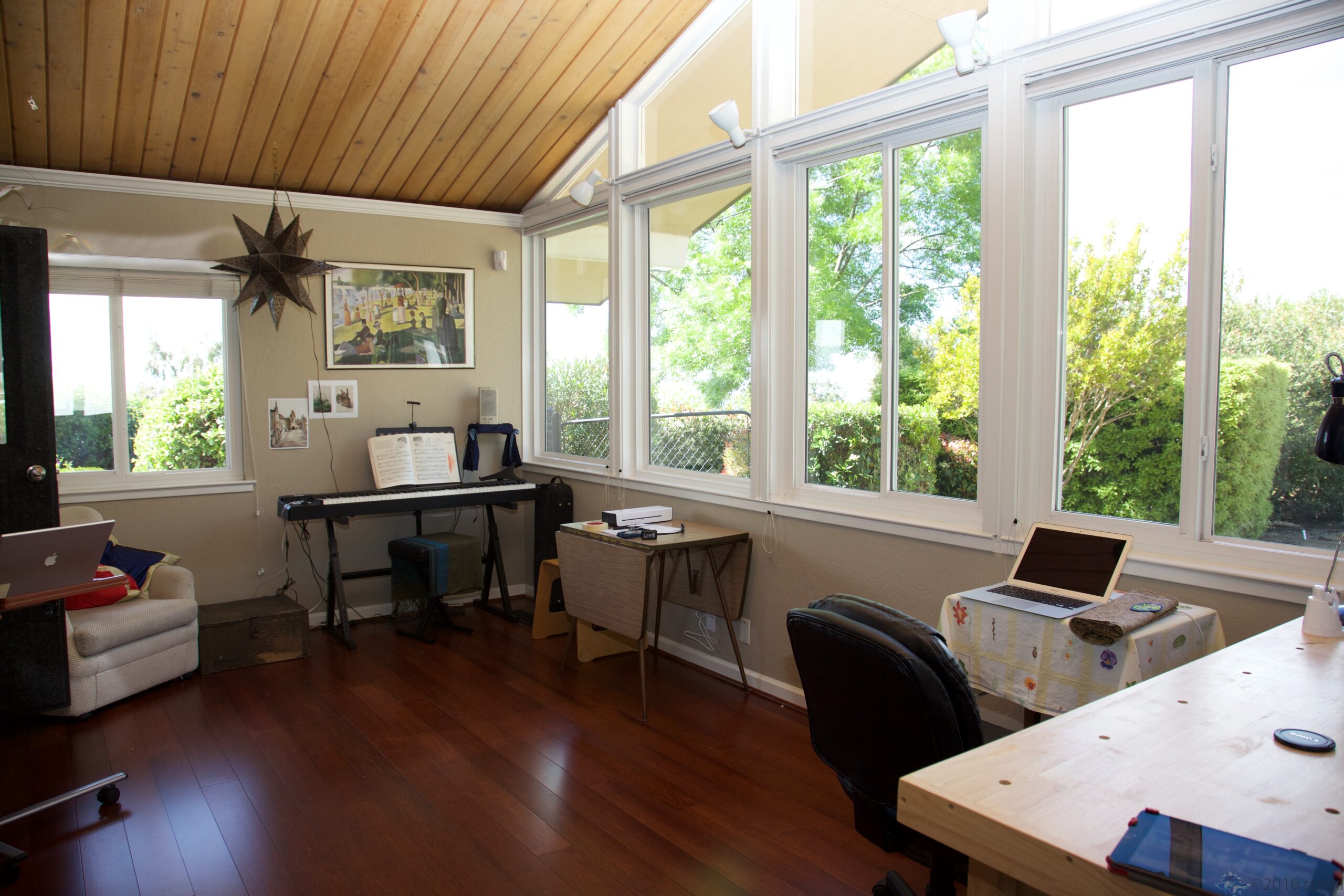 One of the slightly annoying things about my gigantic office is that the only light sources when we moved in where the weak bulbs in the ceiling fan and some rather horrible and unsafe strip lights tucked up into the molding.  Before we even had the carpet ripped out and the new bamboo floor put in, Agent Smith removed the strip lights (aka yet another fire hazard from the previous owners) but for a while my only source of light in the room was my small desk lamp.

We managed to resurrect the pole light that once belonged to my grandparents.  Years ago I repainted it and salvaged the plastic shades that were slowly dying.  Thanks to advances in LED lights, I was able to completely remove the fracturing shades and now have very pretty bulbs in place.

Here’s a shot of it during the day.  It stands just inside the doorway of my office.  It’s meant to use spring tension to stay upright in place, because we have peaked ceilings throughout the house, we actually used a small mug hook and some wire to keep it in place.

Here’s a shot of what it looks like at night.

Of course nothing is ever easy here at Purgatory.  When Agent Smith went to connect the lights to the switch once used by the horrible light strips, it fell apart.  Oh and that funny little remote control above the switch:  that’s one of the many rather awful fan/light remotes we have here.  They were installed by the POs to control the fans and they are just crap.  They only function if you stand _directly_ under the fan and point the remote at it.  Any sort of angle simply defeats the signal.

I’m pleased to now say that I have some very nice track lights installed courtesy of Agent Smith.  They look quite nice and we will eventually add two more.  The pic below is of my office at night with three different bulbs in use.  I wasn’t too fond of the ultra cool light in the far corner, so when we bought two more lights for the setup, we replaced that bulb.

Here’s the finished look.  (There’s a fifth light on the right side that brightens up my computer desk area.)