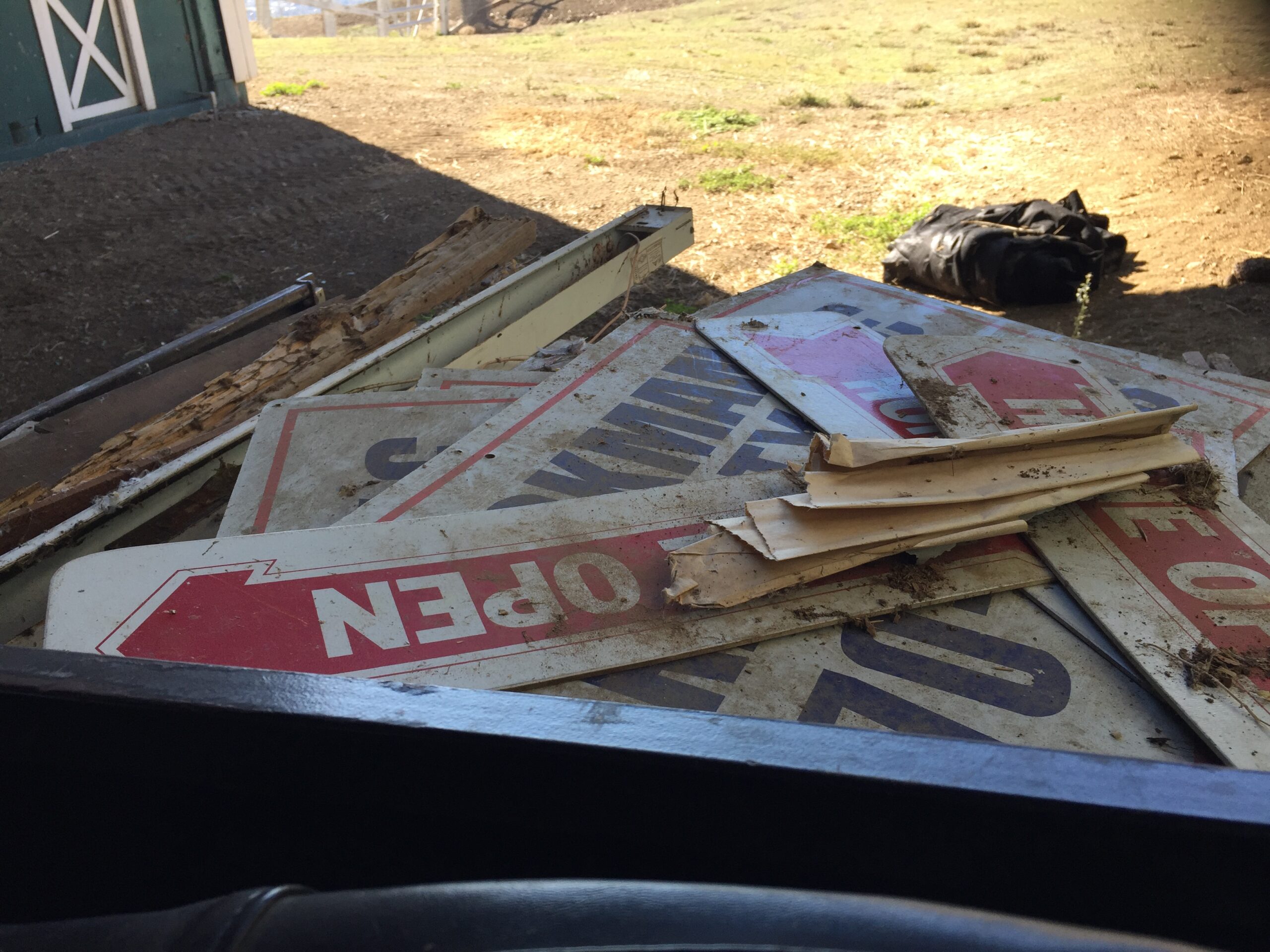 Last week when the crew were working on the giant garbage pile, I took the mini truck around to the north pasture area and pulled apart a pile of branches and logs the previous owners had left to rot.

The pile meant that the grass in that area didn’t get mowed, as running a large tractor and discs over that area would not be a wise thing to do.  I scoured past images for a before shot and found this one:

This was taken while we were in escrow and all the brown stuff on the other side of the fence:  well that’s chunks of a tree the POs cut down and just left to rot.

You can see it again in this shot below.  This pic was taken when AS and his dad were ripping down the old kennel.

This is what it looks like now.  Granted I still need to shift some large logs (they’re too heavy for me to manage on my own.)

But the current status is much much tidier.  Best of all, once we move the last logs that area will be mowable in the spring.  Oh, and that white thing in the middle of the right side…that’s just one of about a dozen old bathtubs we have scattered about the property.