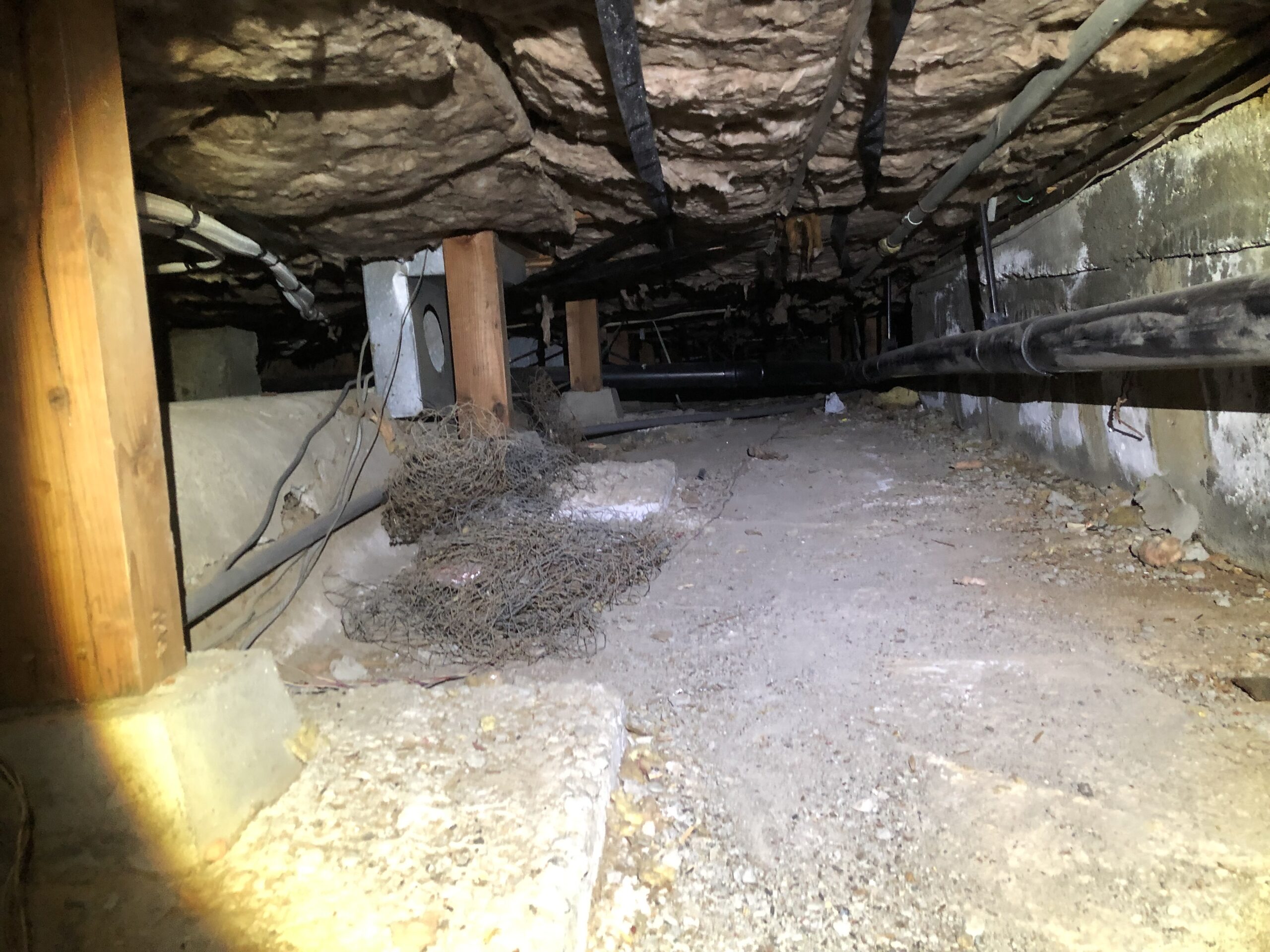 When we finished off the furnace project and then the plumbing project that followed it, we knew we wanted to redo the insulation under the house as most of it had been installed over 50 years ago and most of it was
installed upside down.

Here’s the video of what was left after the furnace work while the drain pipes for the north end of the house were being redone.

So like always, I started doing research and gathering names of possible contractors to do the work. Then I brought in several and got quotes from them. In the end I went with Greenshield and in November of 2018 they delivered a bunch of insulation and then came back a few days later and started work

As you can see in the image below if you look closely, the old insulation was not only installed upside down, but it was put in before the house was fully built. They put in the joists, then laid chickenwire across them, and then laid in the floor boards.

This rather wonky bit of history meant that the crew under the house had to snip away each strand of wire, pull pieces of mesh out, ball them out and then pull out and bag up the icky old insulation.

Then all of it was brought up and put into a waiting dumpster. As you can see in the below photo we were actually double booked project-wise as the tree guys were out working up along the tree line.

After several days of work, this is what it looked like under the house. While not quite pristine, conditions down there have definitely improved.

We ended up filling one and a half dumpsters with the remains of the old insulation. The second dumpster was then filled to the brim thanks to that summer’s fencing project, the old chimneys from the furnaces and a bunch of other random stuff. I believe these were dumpster number 18 and 19, but at this point I’ve actually lost count.

One of the highlights was finally getting rid of the old sewage pipe that was out in the northwest pasture and once service a long gone mobile home that once sat out there. When the guys were out dealing with the cypress tree that likes to fall over, they also cut the pipe into three 12 or so foot lengths. It was then pretty easy to just scoop them up with Giggles’s forks and drive them over to the dumpster.