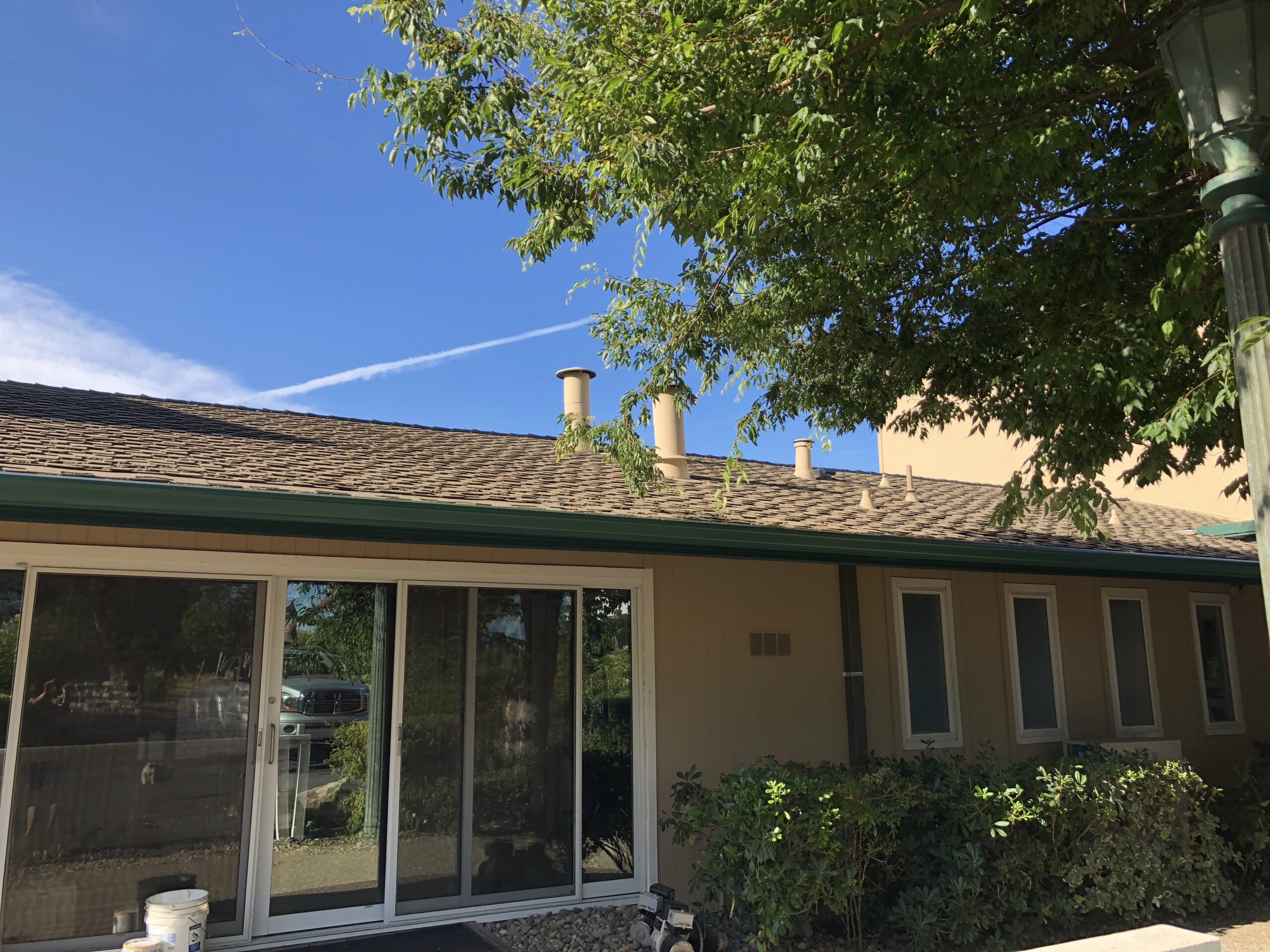 Once the old diesel furnaces were removed from service, (if you haven’t read that saga you can start with the first post here,) we still had two chimney stacks sticking out of the roof of the south wing.

Since Armstrong, who handled the foam roofs of the great room, linen hallway/foyer and studio don’t do shingles, I ended up making yet more cold calls to find us a roofer to do some patching.

My search led me to both Anderson and O’Neal Roofing. I got quote from both, but the O’Neal owner was able to do the job quickly, so I went with them (although Anderson did another project for us this past summer, but as always, more on that later.)

A couple of guys from O’Neal arrived the first week of June 2018 and got to work. Out came the old chimney pipes, in went some patch boards, and since the roof shingle color we have is discontinued, they shifted things around a bit so that you don’t see the patch work from down below thanks to a nearby tree.

Here are the before and after shots.