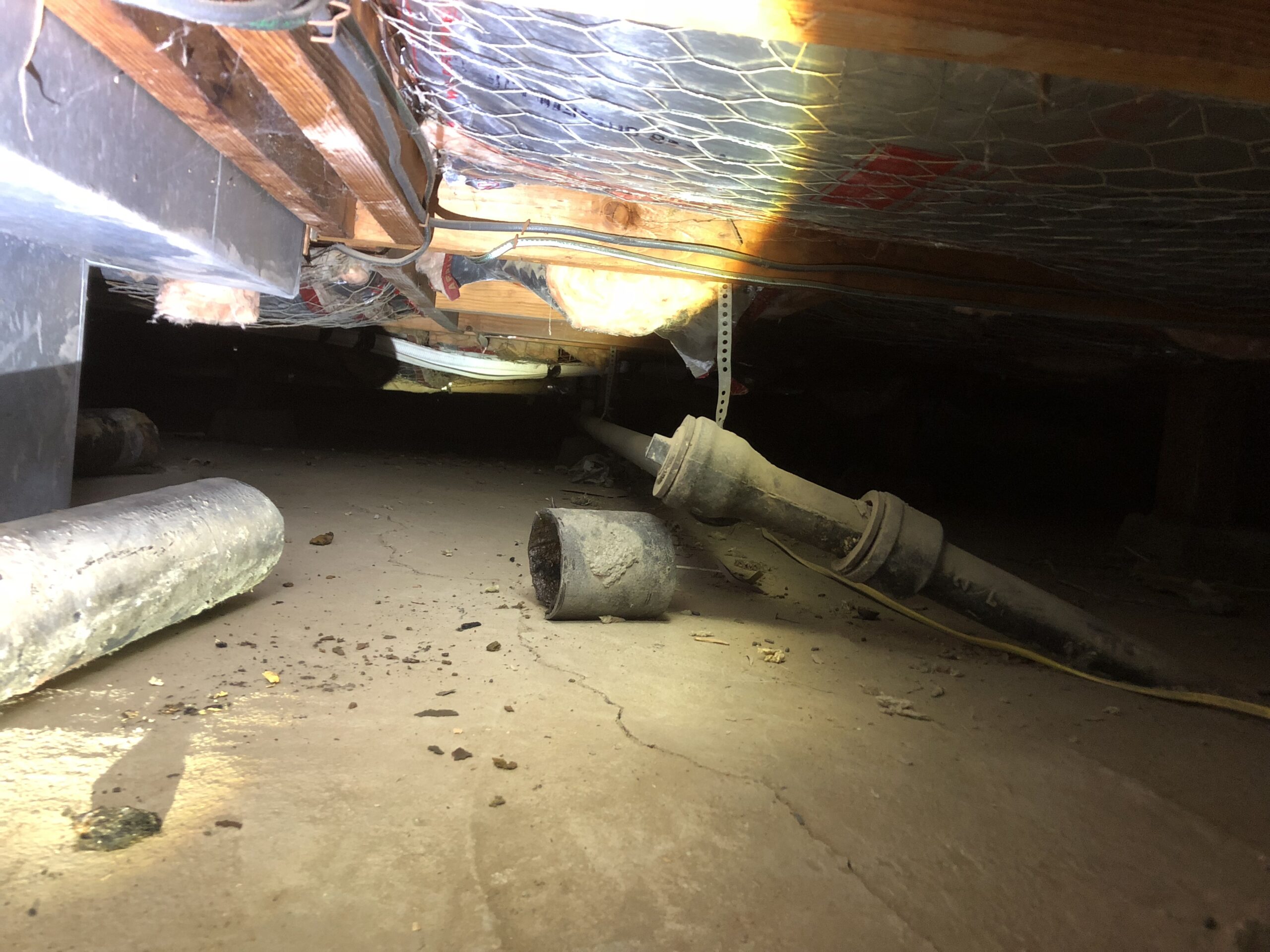 When the furnace project was going on in May of 2018, one of the guys from Ventwerx spotted something awry with our plumbing and brought it to my attention.

It was this: the sewer line that runs from the master bathroom shower and toilet. A section about 12 inches long had rusted out along the top.

Thankfully, at that time we only had one bidet seat and it was installed in the spare half bath, so nothing but water and sometimes a bit of toilet paper went through this pipe. Still, it was something our house inspector didn’t discover when we were in escrow, as it was completely obfuscated by the old furnace duct work. It was however something the previous owners would have been aware of, as in late 2014/early 2015 they had all the bathrooms remodeled and whoever did the work (which involved running new supply lines) would have certainly noticed the issue and brought it to their attention. Like so many other problem things here though, the POs just ignored it as, they hoped they’d be selling the place soon.

I made a call to my favorite plumbers, Able Sewer and Drain, as they were the ones that handled our septic tank replacement back in 2015 and since that time, most of the mobs we used for a few small plumbing issues had not instilled much confidence. The one independent plumber we do like even suggested that for this project we go with Able.

So after the owner came out and gave me an initial estimate, it was just a matter of getting us on the schedule. Soon enough two guys arrived and got to work. They climbed under into the crawlspace, where unlike when we had the drain pipes in the south wing redone, they had oodles of space, as now that the old furnace ducts are gone, it’s actually roomy under the house.

It took the guys two days to run new drain lines to the three toilets, five sinks, one shower and one bath tub that are in the three bathrooms in the north wing. Thankfully it wasn’t very warm, and while it was dusty, they actually mentioned that it was a relatively easy workspace..

First they had to remove all the old pipes.

Then they brought them all up and loaded them into the truck for disposal.

Then they got busy with the new pipes, fittings and straps.

And soon enough, we had new drain pipes.

The hardest area for the guys to work in was the section under the spare and powder room baths. It’s pretty tight and they had to remove and reconnect six drains.

Lastly, here’s a shot of the brand new run from the master shower and toilet. Notice…no gaping hole!

While this work was going on, we had a bit more plumbing work done….