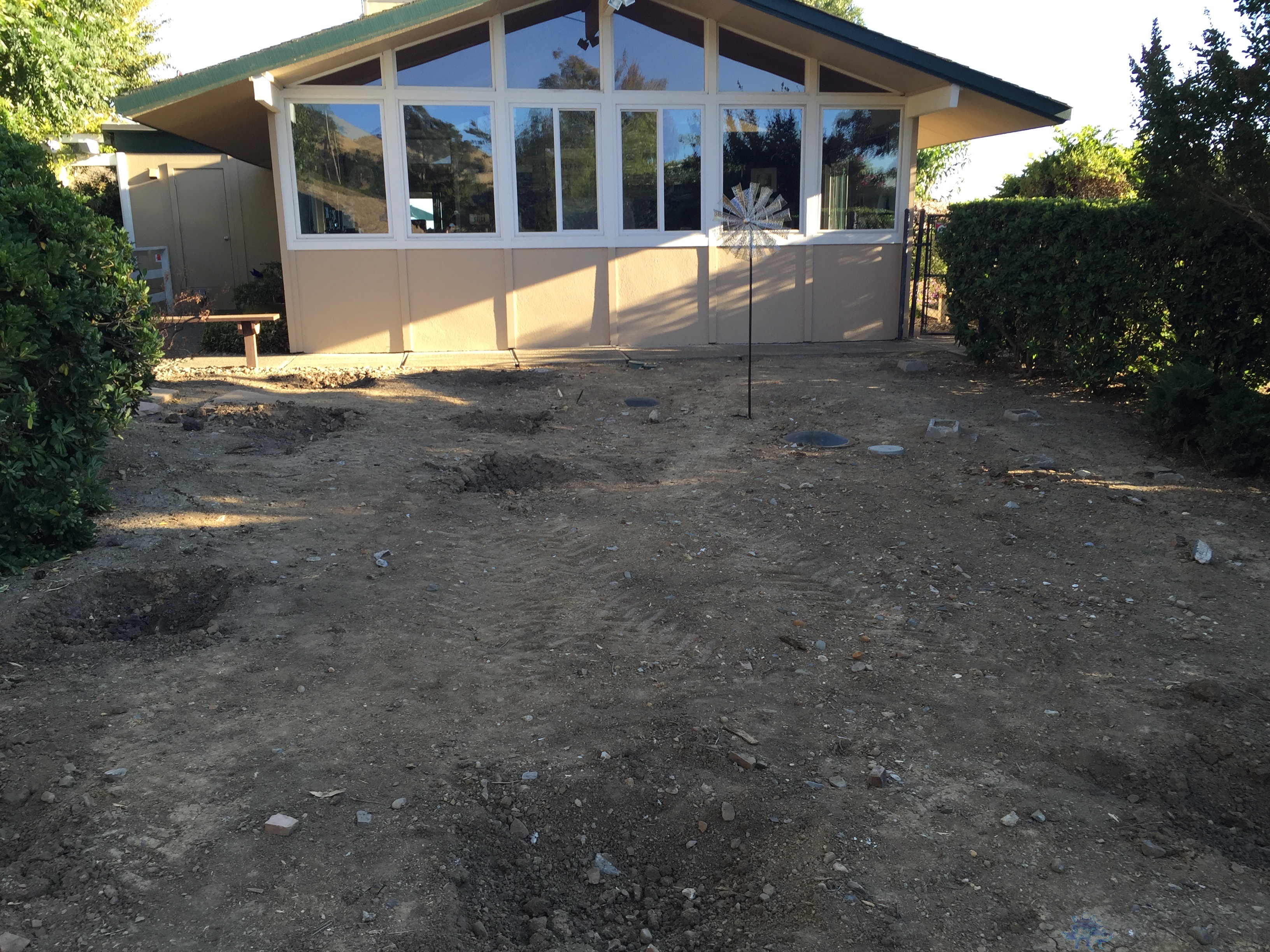 Last year we had the septic tank replaced and since then the patch outside my office has been just bare dirt.  A few weeks ago though Agent Smith used Dino and some brute strength to remove the old concrete piers that prevented me from developing the space.

Here are shots taken from my office.  The next step will be to put down some gopher netting.  We have nasty icky gophers….not the cute fuzzy guy from _Caddy Shack_ but Botta’s Pocket Gophers.  Nasty little things that our predators help with but not quite enough.

But clearing the concrete (which will be reused in the new garden space) gave Agent Smith some fun.