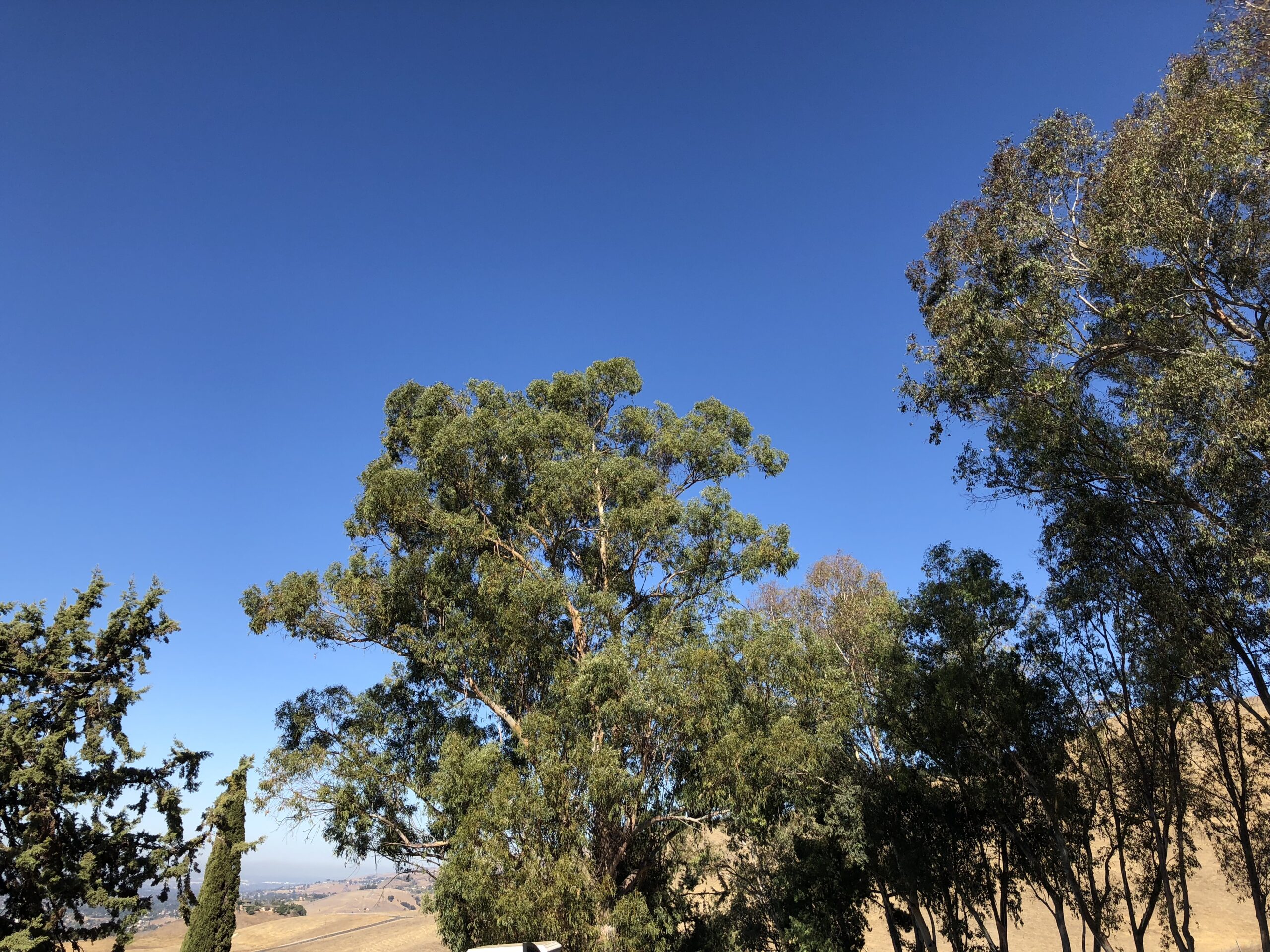 Where we live in California we have three seasons: winter, spring and fire.

If you pay any attention to current events you’ll know that fire season is a real thing here and a couple years large sections of the state burned and it wasn’t just grass. Homes and businesses were lost.

We’ve had two grass fires since moving here. One was quite far away, but the second in September of 2018 was very close. Like 500 feet away from the south edge of the property.

Since then PG&E (the state-wide utility company that manages transmission lines) has become more vigilant about proactive maintenance. The problem is that a lot of the tree service workers they use don’t always take car with the trees they are brought in to “tidy.”

This is why we have our own tree service in each fall to take care of things here. The first year we tried a company that apparently is no longer in business. Not only did they handle tidying the big gum tree, but they also spent a full week here cleaning out the old trash pile. They were back a second time to do some other work, but their equipment kept failing and I just wasn’t very happy with the results.

For the last three years we’ve been using California Tree Solutions and since we keep using them, we’re obviously very happy with their work.

In 2018 they came out and did a few trees near, the huge gum at the easement our neighbors use and then line of gum trees from the start of the driveway half-way up to the well tank.

The contractor from PG&E who was out here wanted these two trees in particular dealt with, so they were.

Then in the fall of 2019 California Tree Solutions were back again and this time they finished the line of trees up the well tank, which including cutting a couple down. They also gave the giant gum a haircut, much to the chagrin of our tree squirrels who had to move house to the walnut trees for the winter.

It was easier and cheaper to just have the felled trees cut into logs and left up near the well tank. After the winter rains, Agent Smith and I head up there with the excavator and Dumpy and transported them to the wood pile out behind the stables.

There was one extra side note to this whole story. That was that the matter of the mulberry trees. There are five here and in the past they were always pollarded each autumn by the gardeners who had taken care of the property for the POs and we had continued to utilize. (We have to continue the pollarding cycle that the POs started else the trees will become crazy out of control.) Up until the summer of 2018 I’d been pretty happy with their work, but it was becoming more and more difficult to reach the owner of the outfit to address one-off issues like busted sprinkler heads or removing dead bits of a shrub. Then in late 2018 the owner was involved in a fatal hit and run and after I saw his mugshot in the news and didn’t hear from him for a couple of weeks, I found another gardener. (The awesome one who can rope goats.)

As a result of the change over, we now have the tree guys take care of the mulberries. They have since handled them two years in a row and since we already need them here each year to see to at least a handful of other things, it just makes sense.

Cali tree is the best. Had them take out a privet and thin our enormous redwood. They took extra care not to damage a fern we’ve have had over 30 years.

sí! I have no plans to stop using them as they’ve done such good work here.