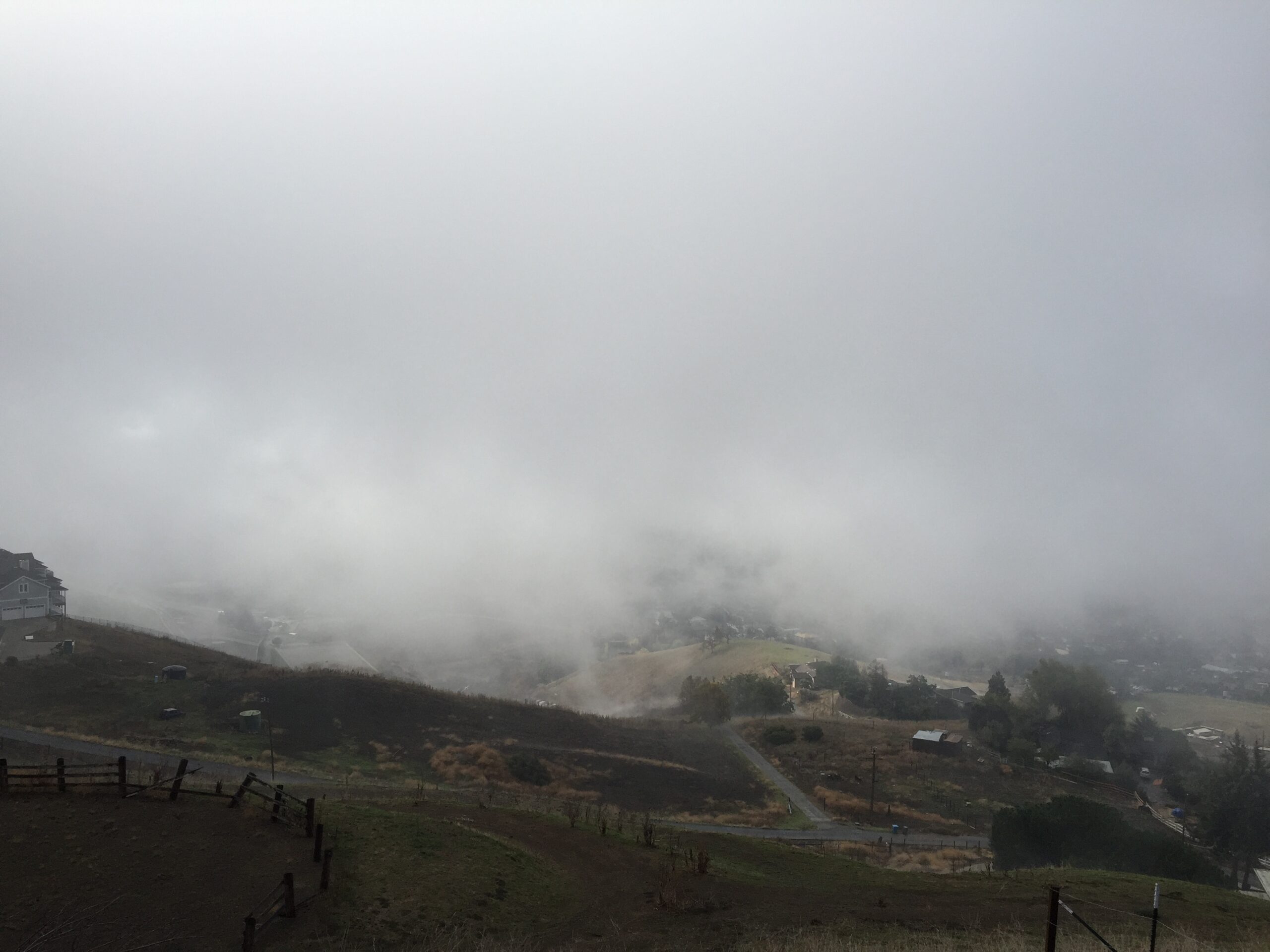 The grinders arrived this morning!  We had serious rain last Monday and then again yesterday which meant getting this new project underway took a bit longer than expected (but that then describes just about every project we tackle here at Purgatory.)

We ordered another dumpster last week from Ecobox.  They are who we used last time as well.  This time we went with a smaller one, but as you can see, we started filling it a bit ourselves last weekend.

I took the above pic this morning and we were in the middle of a cloud at the time, so it’s a bit fuzzy.  Suffice to say we have a few more dead rail road ties plus I have started clearing stuff out of the stable stalls.  I had an entire mini-truck load of real estate signage that we have absolutely no use for.

Just as the cloud blew off the hill top, the grinders arrived, but unfortunately because it rained here yesterday and we have just a bit of mud.  Thick heavy mud in fact.  So much mud that this happened.

That’s right, the big truck and the chipper got stuck in the mud.

After much mucking about Dino (picture below with some counterweight) and our trusty Barbie (the Ford F150 4×4) managed to extricate things for the crew.

They are now merrily working away.  In addition to chipping up the trash pile left by the previous owners,  (seen from the back here), they will be trimming some of our trees.

I will post some before and after shots of the primary trees as well as the cleaned up area and mounds of mulch.  For now though, enjoy some pics of mud!  Needless to say I just put in an order with Amazon for some boot scrapers.  Not much we can do for the tractor tires until they dry out though.