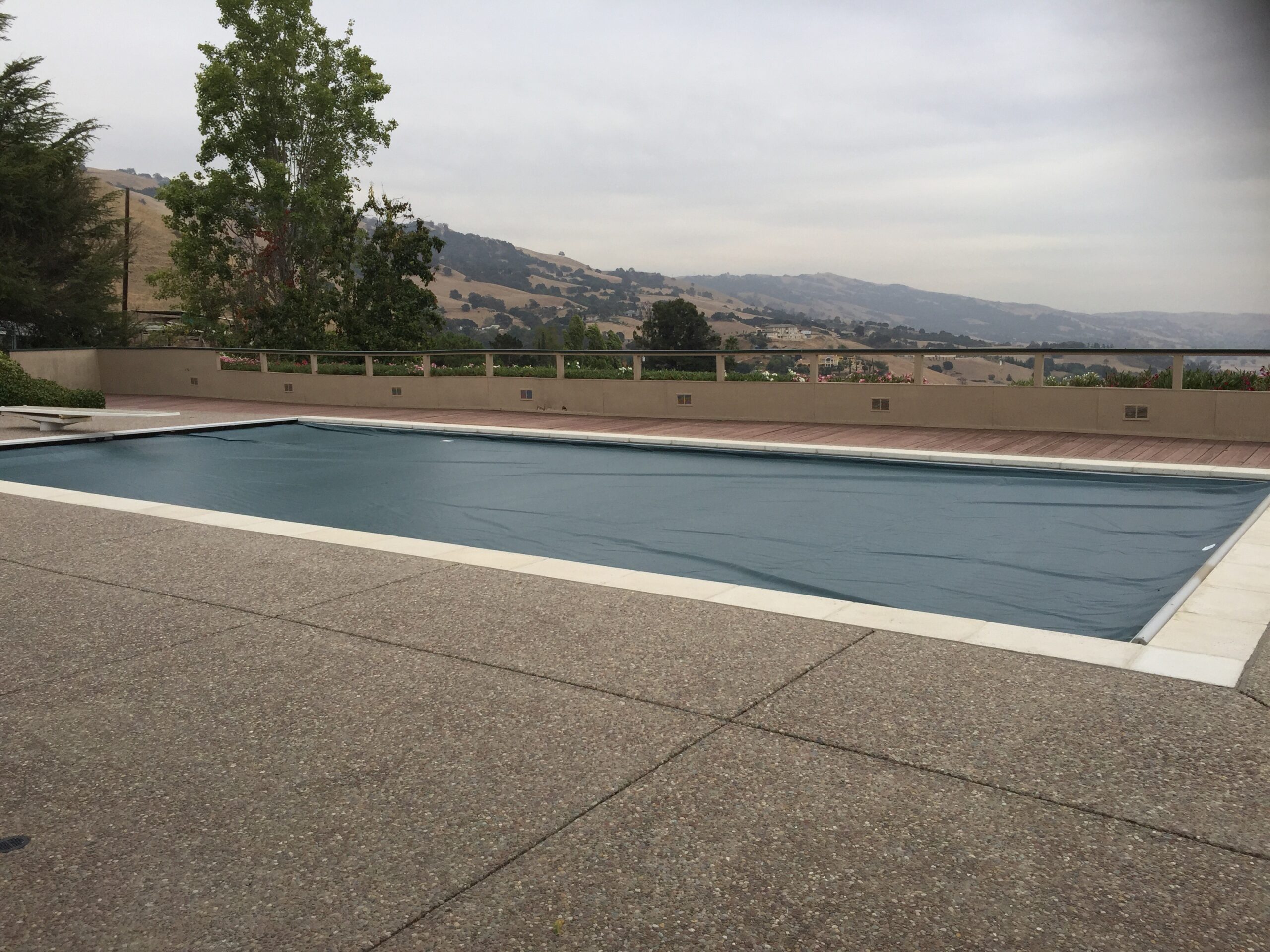 As mentioned a few posts back we had to have the flat roofs redone.  When the guys from Armstrong demolished the roof above the studio they pulled off the old solar panels for the pool.  The solar consisted of 12 or so panels of long tubes mounted on 2x4s that ran down the slight slope of the roof.  Several of them had failed, so just chucking them and starting over was the plan.  We had Sea Bright Solar install 15 new Gull Sun Coil units on the roof a few weeks back.  They had to make a return visit as one of the valves they put in was bad, which resulted in a leak, but now everything is in order.

We learned a lot about our pool equipment though in the last few weeks because as a result of the leak we lost some water and the pool filter pump wouldn’t prime.  It took a bit of research but we ran a hose to the pool and added water and suddenly things were back to normal for a few days.

That was until the new pool cover was installed.  Pool Covers Inc replaced the old drab, failing cover and did a great job.  The image above is of the lovely forest green cover they put in.  Unfortunately, the debris from the old cover plus the new water resulted in some wonky pool chemistry, but a short visit to Leslie Pools down the hill where they tested our water and sent me home with some extra chemicals to shock the water meant that two days later we were back in business and I can now swim every day.

So about our new pool: it is approximately 40′ x 20′ which means a diagonal of about 15 meters. A bit shorter than a standard public lap pool, but considering I don’t have to deal with other swimmers who cares.  (I so hate it when someone enters a public pool with some perfume or cologne on as you end up tasting and breathing in the stuff.)  The depth of the pool starts at about 3.5 and goes down to 9 feet, and we will be removing the existing diving board as soon as we remember to buy something to fill the resulting hole.  I have a length of nylon rope to run along the bottom when I swim so I don’t have to worry about hitting the sides and can do flip turns easily.  Eventually we will have the bottom resealed and painted and when we do we’ll have a nice asterisk put down with middle section marking the start of the drop off.

Oh and the pool robot vacuum we have named…Nemo.  He’s a little Polaris unit and does a pretty good job of keeping the bottom tidy.