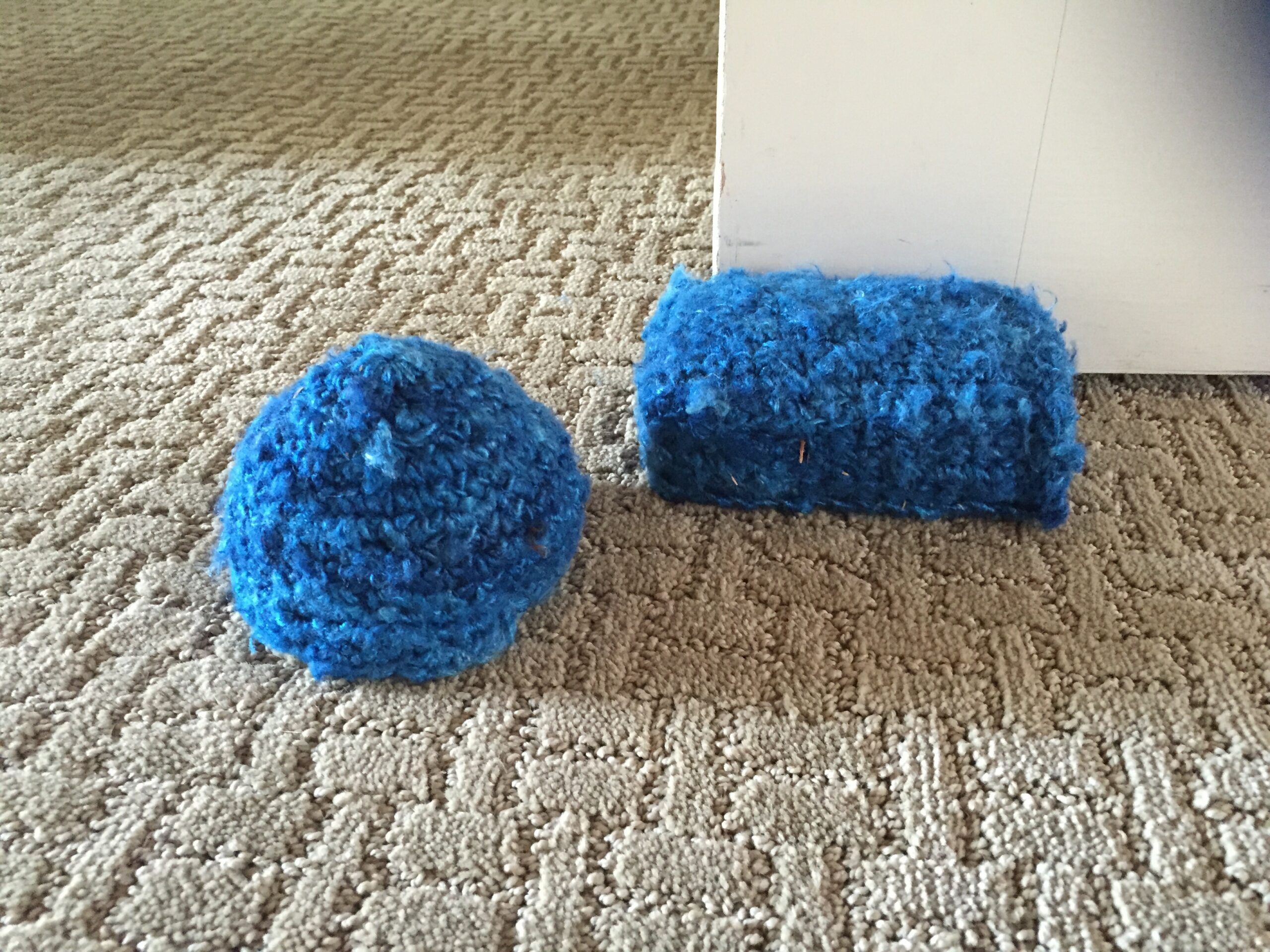 While prepping another post about our kitchen sink, I found a bunch of images that never made it into posts as they’re just quick one offs of various things around Purgatory.

So to begin, when AS and his dad were working on fences they came across what is apparently a grave marker.  It says Tom Collins with a data of 1851 but  as it’s a rather mobile rock so we have no idea if it is indeed a grave marker, where said grave is located.  It’s only about 8 by 8 inches and weighs probably 7lbs. For all we know it rolled down the hillside years ago to rest where it is now or there’s a body buried under the willow tree.

On the other side of the small heavy spectrum, I finished up a couple of door stoppers finally.  Our bedroom door and the one that cuts through to the linen hallway both like to swing about when we have the windows open, so these little guys do a great job of keeping things in place.

One really cool thing to note is that in the mornings when there is mist on the ground, the herds of roving quail leave muddy footprints on our driveway.  As you can see in this image, the tracks are rather cute.

Other noteworthy photos:  I made a batch of plum and lemon jam last week.  Anyone want some shipped out to them?

And finally I took a pic of all four boys having breakfast one morning when AS’s dad was still visiting.