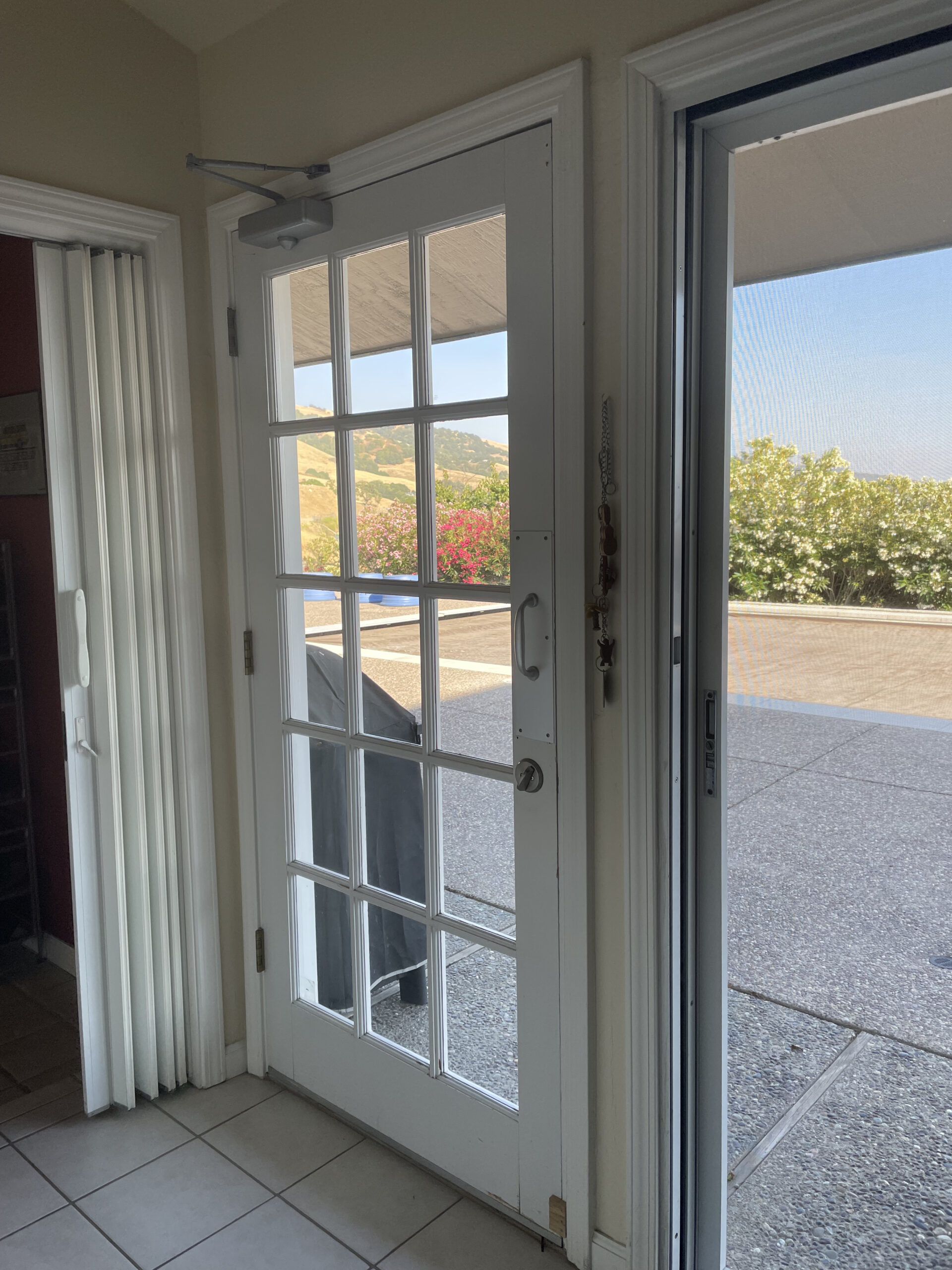 Revisiting something mentioned in an earlier post and providing a bit more detail….

While most of the doors here are sliding glass ones, when we first moved in we had a small collection of “normal” doors leading into and out of the house, as well as the studio building. When we renovated the studio building we removed the weird swing door and before that when dealing with the first round of dry-rot issues we had the French doors in that building reframed with a metal bottom. The front doors, while not great (they have some gap issues along the bottom) aren’t something we’re about to change any time soon, but the swing door in the kitchen was another matter. It didn’t seal well and in strong winds, if not latched, it would blow open and even when latched the wind still came through the gap between the frame and door — new weather stripping didn’t alleviate the issue.

Back when we first moved in, it had the existing lock which required a key and that was annoying, so we had a locksmith replace that with a simple deadbolt. That solved the blowing open issue but the chilly air seeping in was still an issue.

So after we had the house repainted, which included repairing/replacing the siding along the south east corner of the house, we made the decision to just seal up the door. Sure we could have gotten a contractor in, had the door and frame pulled out and perhaps a simple window put where the door once was, but that seemed like overkill considering all the other projects we’d like to get done.

Here’s a shot of the door today. We’re still on the fence about the door closer attached to the top of the door: do we remove it or let it stay? We could hang something from it….

Oh and the series of key chains decorating the wee space between the doors….well that is a story for another time.