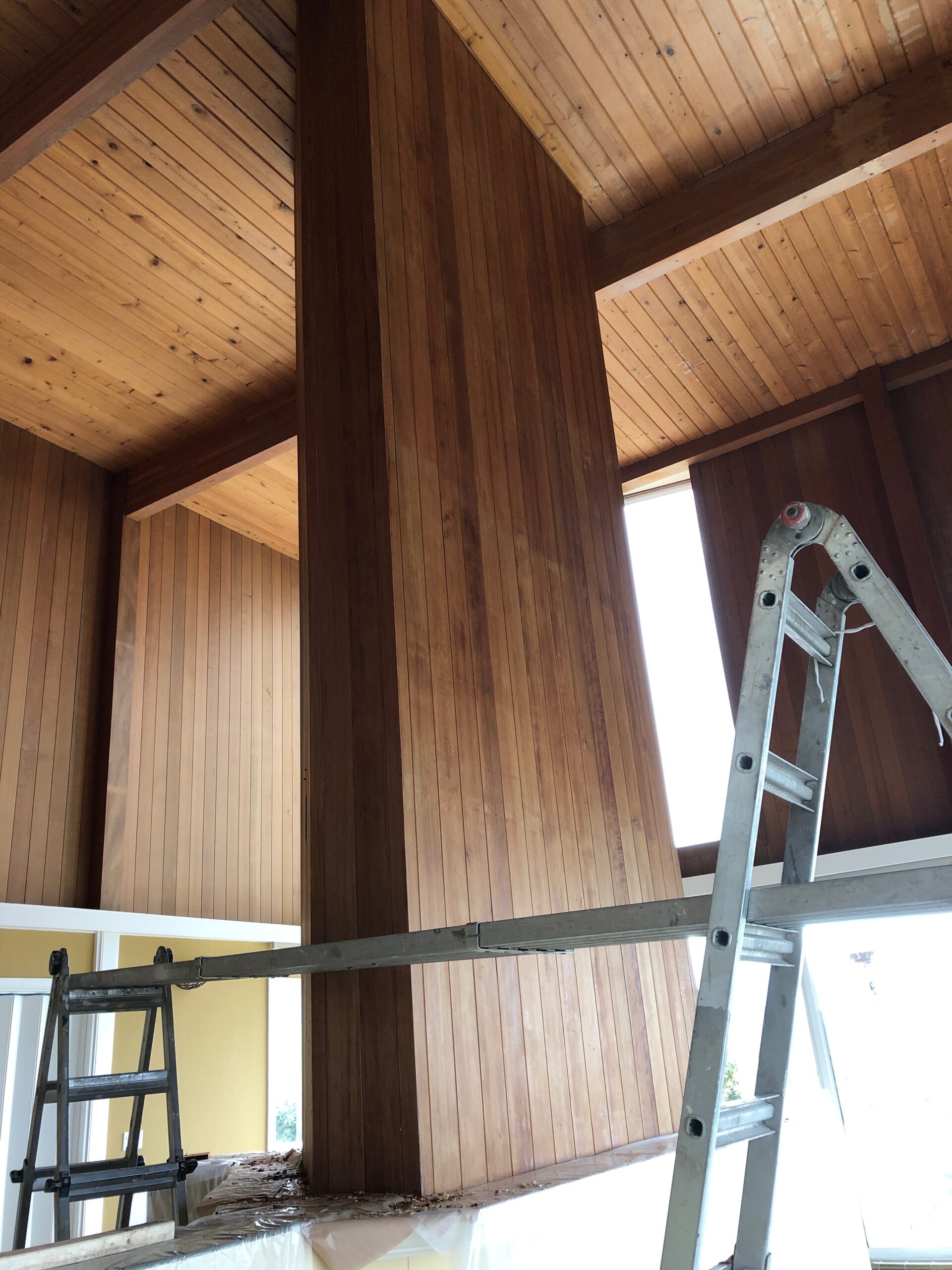 A big big project went down while I was off on vacation back in March/April of 2019.

The chimney got stripped.

You’re probably scratching your head at that statement, so let me….illustrate.

Below are three images showing the central chimney column in the great room. First a shot of the space before we bought the house, then right after moving in, and then a third from the down stairs area.

What do you notice about it? Probably that the chimney column is very noticeable….it’s a giant off-white pillar in a very spacious space.

Just three years after buying this place, the paint was flaking and beginning to peal. Since we had giant white splotches on the walls of the great room where the return furnace vents once were; plus new molding that was installed as part of the floor refinishing project; not to mention staples galore across the decorative beams that separate the upper and lower sections of the structure; we decided what was one more mess in that space prior to finally painting the walls a color other than urine?

So I called my favorite house painter and asked if he was interested in the job — which he did. Thus, during the month I was gone he spent several days making the pillar not-an-eyesore.

The work involved not only scaffolding, but sealing off things a bit, as while most of the work was done by a chemical agent, there was some dust kicked up.

In addition to the removal of paint, the team also patched the super awful trench-like holes its he closets that the electricians created when I had the switches outside my office revamped to allow control of both that hallway’s lighting and the lights out in the courtyard.

And literally to top it all off…Agent Smith made use of a dry day to setup conduit on the great room roof and then down the side of the building for the wiring for the directional antennae that provides our network connectivity to the outside world. This means when the wind blows we no longer hear a loose cable slapping about against the roof. A very nice subtle improvement.

That mirror would make a nice addition above a workbench in the shop. Classy…

yeah the POs had really questionable taste…if you can even call it that. Don’t get me started on the number of framed family photos they had everywhere.