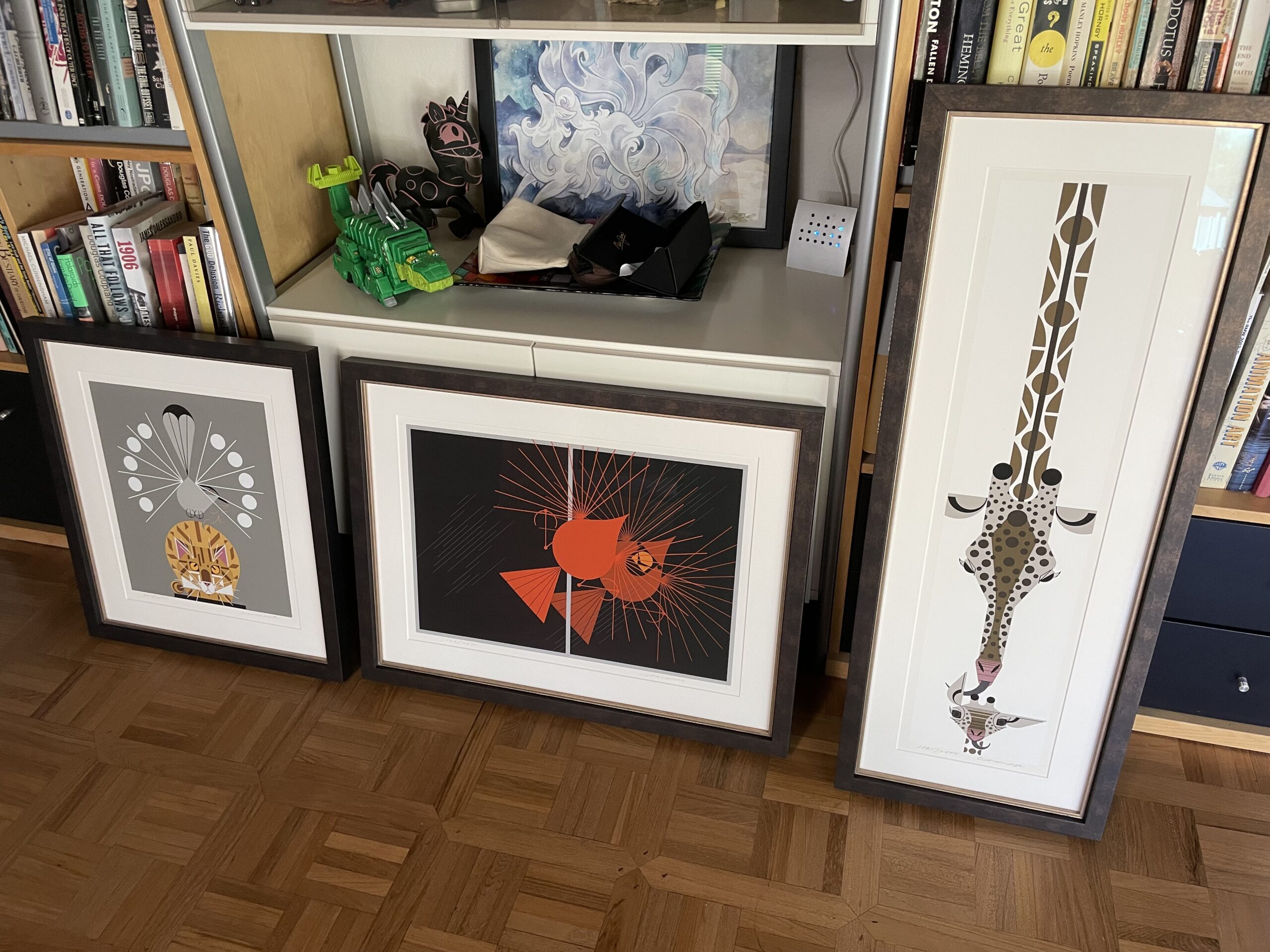 The walls here have slowly had stuff hung upon them. I wrote about some of the things I’ve found via auction houses a while back. In the last couple of years I’ve found a few other things to hang up as well.

I found the “mate” to one of the Ahlgren serigraphs that is in the great room. It was in a lot of three so I had the other two framed as well and hung those in the linen hallway and shuffled about the Larissa Holt prints already on the walls. I also picked up some Charley Harper lithographs from another local-ish auction house and had those framed to hang in a few spots. The giraffe print was eventually hung in my office where it joined some other things I’ve picked up and replaced a couple things that had been on the wall.

Below is a quick gallery of showing the east wall and entry to my office as it was a while back. The Seurat print was moved to the bare wall in the Blue Room to make way for a lovely print I found already framed on auction. The Giraffe print took the place of some a couple of display boxes that will soon be repurposed and a woodblock print took the spot of another tchotchke holder. As for all the little figures and tchotchkes: they got a very special new place to reside, but more on that in a few posts…..