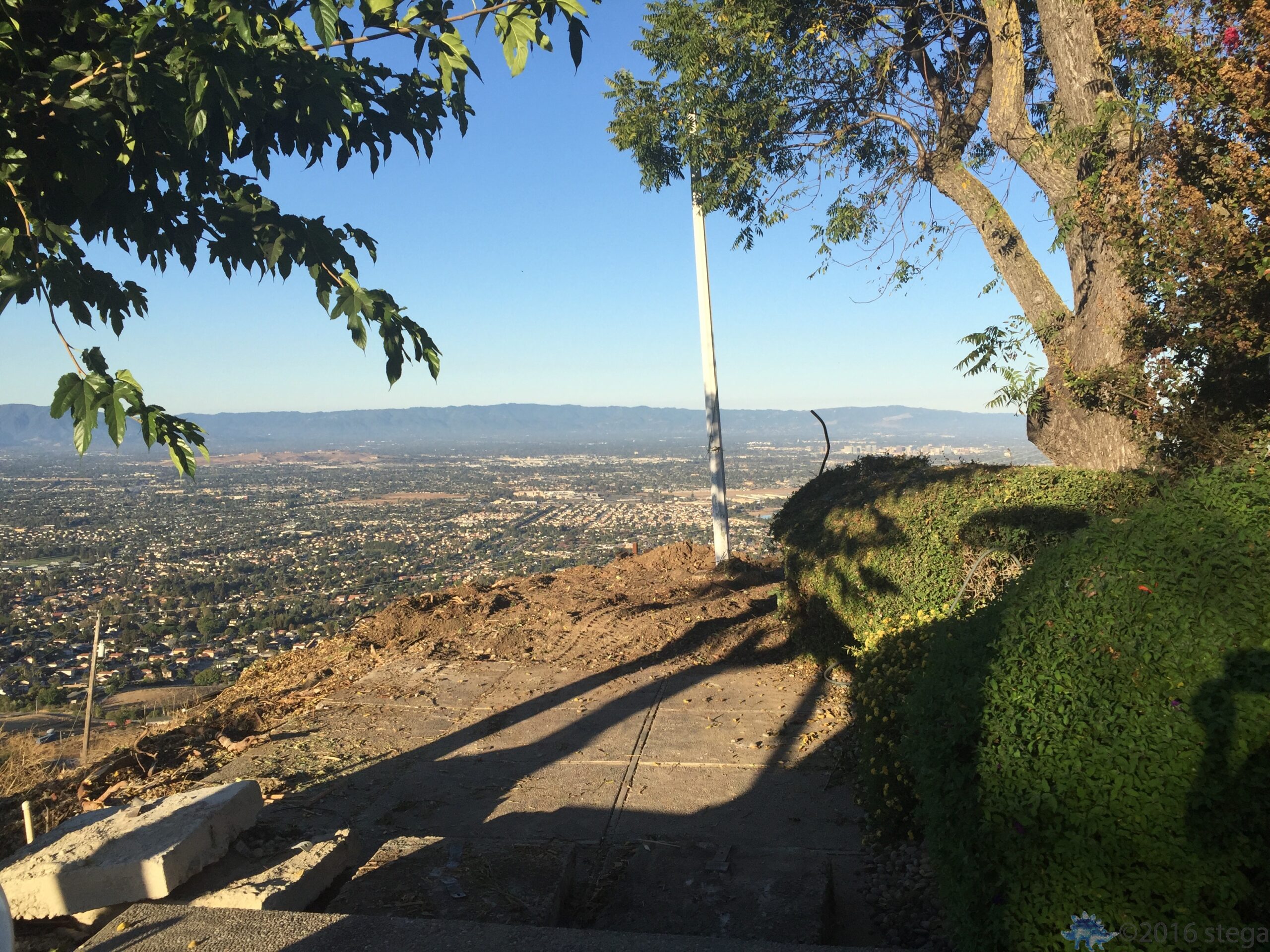 After removing trees and the ratty old deck along the pool, it was time to get busy and remove some of the concrete slabs that extended out towards the flag pole and lookout area.  We also had a couple of tons of river rock to shift.  The demo crew and Agent Smith Sr got to work and we soon had a giant pile of river rocks out in the space next to the hot tub.  This is a great holding area for them as there was once another annoying deck in the space.  (We removed that deck as part of the prep to put in the new hot tub in the fall of 2015.)  We also piled up a small stock of 1’x1′ concrete pavers as we will eventually reuse them. Then there was the matter of shifting some of the very large and very heavy pavers.   Here are some of them.  As you can see they’re about 3 inches thick and 3’x 3′ square.  These things sat out on the pool deck for a few weeks until we moved them over to the sports court.   Moving them out was interesting as it involved using a small tele handler (aka a reach truck) through the sports court, up onto the patio behind the pool, around the Studio arbor, past the side doors off the kitchen to the west end of the pool.  Sadly we were way too busy trying to get things moved before we had to turn in the rented tele handler to take any pictures of that endeavor. The smallest slab was repurposed to provide a top path over the drain behind the garage that Agent Smith shored up with rebar concrete blocks and pea gravel.   This drain has erosion issues, but the new setup will keep much of the dirt surrounding it from trying to fill it. We have since learned that all of the concrete around the pool was poured in 1999. Since we’re not particularly fond of the stuff, some more of it may be removed in the future once we get to work redoing some of the landscaping.

Lastly, a section of the concrete along the south edge of the pool had slipped and really need to be removed, so that is what was done.