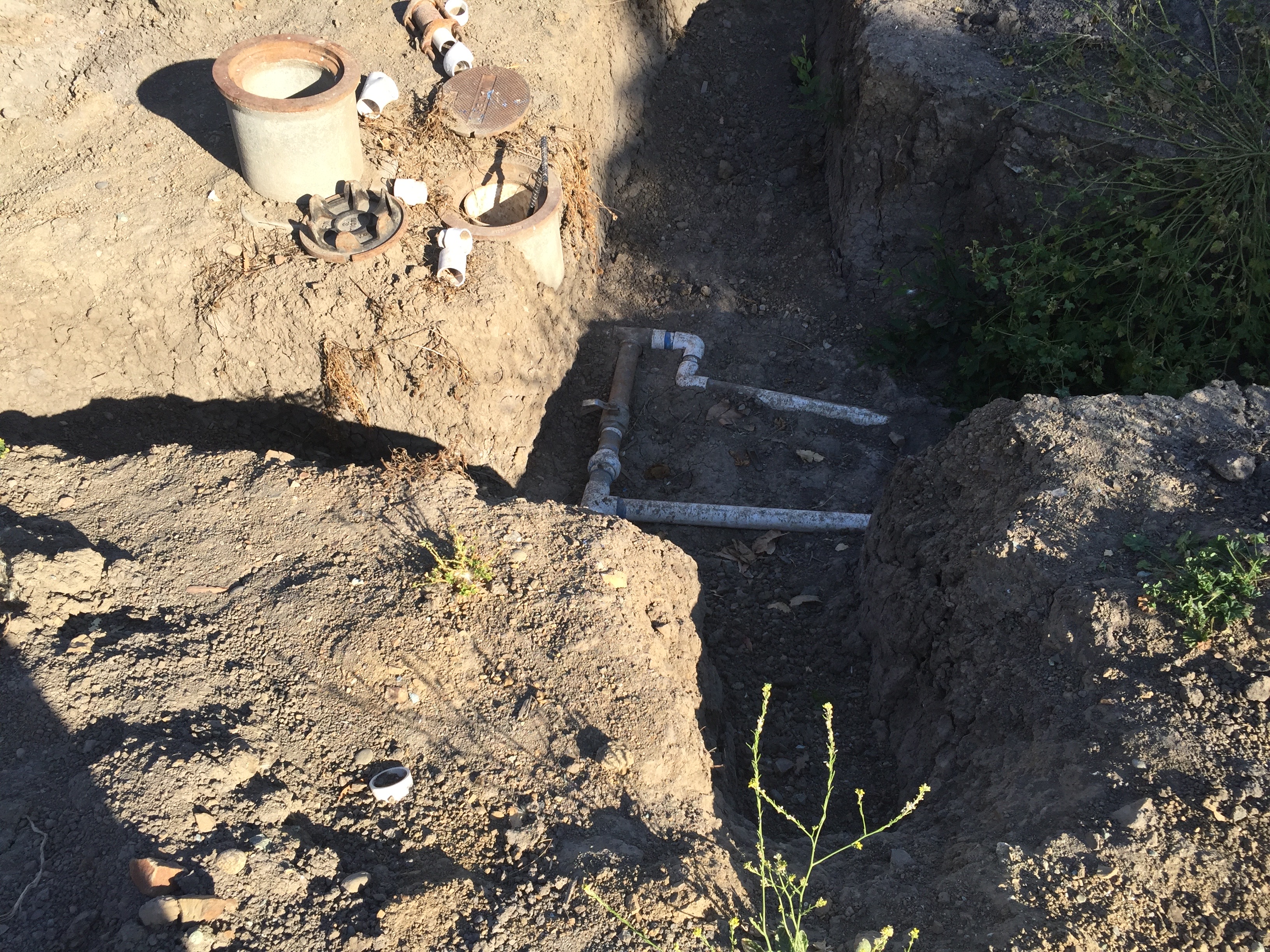 When the driveway was repaved and the water main issue happened, we ended up with a large hole out behind the garage where the main line splits. To provide better control, when we ran the new main pipe we also put in a separate pipe to handle the hydrant only the seal job the driveway crew did was not very good and there were busted valves in a sprinkler control box.  This meant everything leaked profusely and  thus we couldn’t actually turn on the water to the hydrant.

Enter our gardener.  When I asked him take a look at the irrigation box he also took a look at the open hole.  His immediate tone was one of great displeasure, and he at first thought Agent Smith or I had done the original plumbing work.  I assured him it was the crew who had broken things and that they were not plumbers.  He relaxed then and said a few disparaging things about them not being good at plumbing to which I pointed out they had just put things together as best they good.

Now I realized long ago that I was prejudiced towards my gardener not because of any racial or ethnic reasons but because of the simple fact that he used to work for the previous owners.  After almost two years though I’d mostly overcome that issue and we rely upon him for guidance and to help fix things when they break.  Then with this little project that so irked him because it was not done right, the last vestiges of prejudice just faded away

A few days later he arrived to fix the issue.  Of course he arrived on a day when it was over 100 degrees out and he was all set to dig to expose more of the pipe that needed resealing, but then I pointed out if he came back the next morning, Agent Smith would be more than happy to use the Bambi to excavate the space.  So the next morning that is what happened, and instead of spending a few hours digging through the clay soil to expose the pipe and refit everyone it took less than an hour to not just redo the plumbing but fix and adjust the sprinklers out under the fir tree.  As an added bonus, he installed two valves to prevent back flow,

We allowed everything to rest for a couple days to make sure there were absolutely no leaks and then Agent Smith used Bambi to cover it all up.  Now all we have to do is create a border around the christie boxes–we will probably just use some concrete rubble since we have oodles of it.