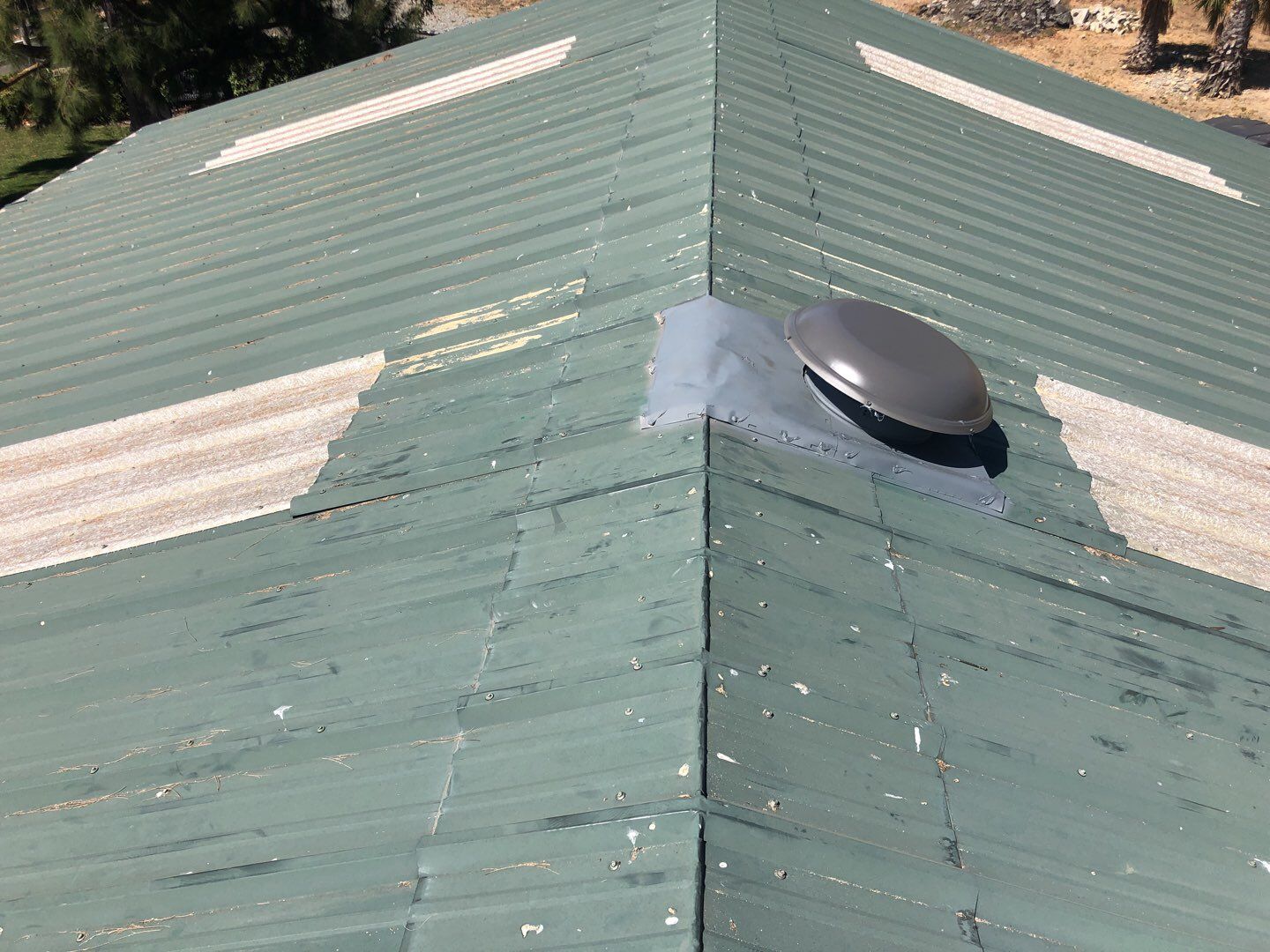 Regular readers know that the primary enticement to buying this place was the big garage. It is used for more than just storing our daily drivers and Barbie (the big Ford F150,) as we now have a small assortment of race cars and a few other interesting things.

One of the chief complaints though was that during the summer months, the building becomes quite warm. Even with all three bay doors open as well as the man door in the back and a couple of large fans running it could be pretty unbearable. Thus Agent Smith put in a request that I investigate what it would take to get a vent of some sort installed.

I called around to a couple of roofing companies. Sadly the mob who handled the foam roofs on the great room and studio building back in 2015 don’t work with metal ones, but eventually I hit on Eastman Roofing and after I got an initial estimate we scheduled a crew in to do the work.

They cut a hole to size and then fitted an exhaust fan into the hole.

The result is not only functional, but it looks pretty swell too.

The garage is now noticeably cooler during the warmer months. Instead of walking in and being hit by a sharp blast of heat and immediately wilting, it’s almost pleasant — even during the super hot 100-degree-plus weather we get some days in later summer.

Apparently it was a fun job for Eastman as well, as they hadn’t had such an interesting and challenging roof project in a while.