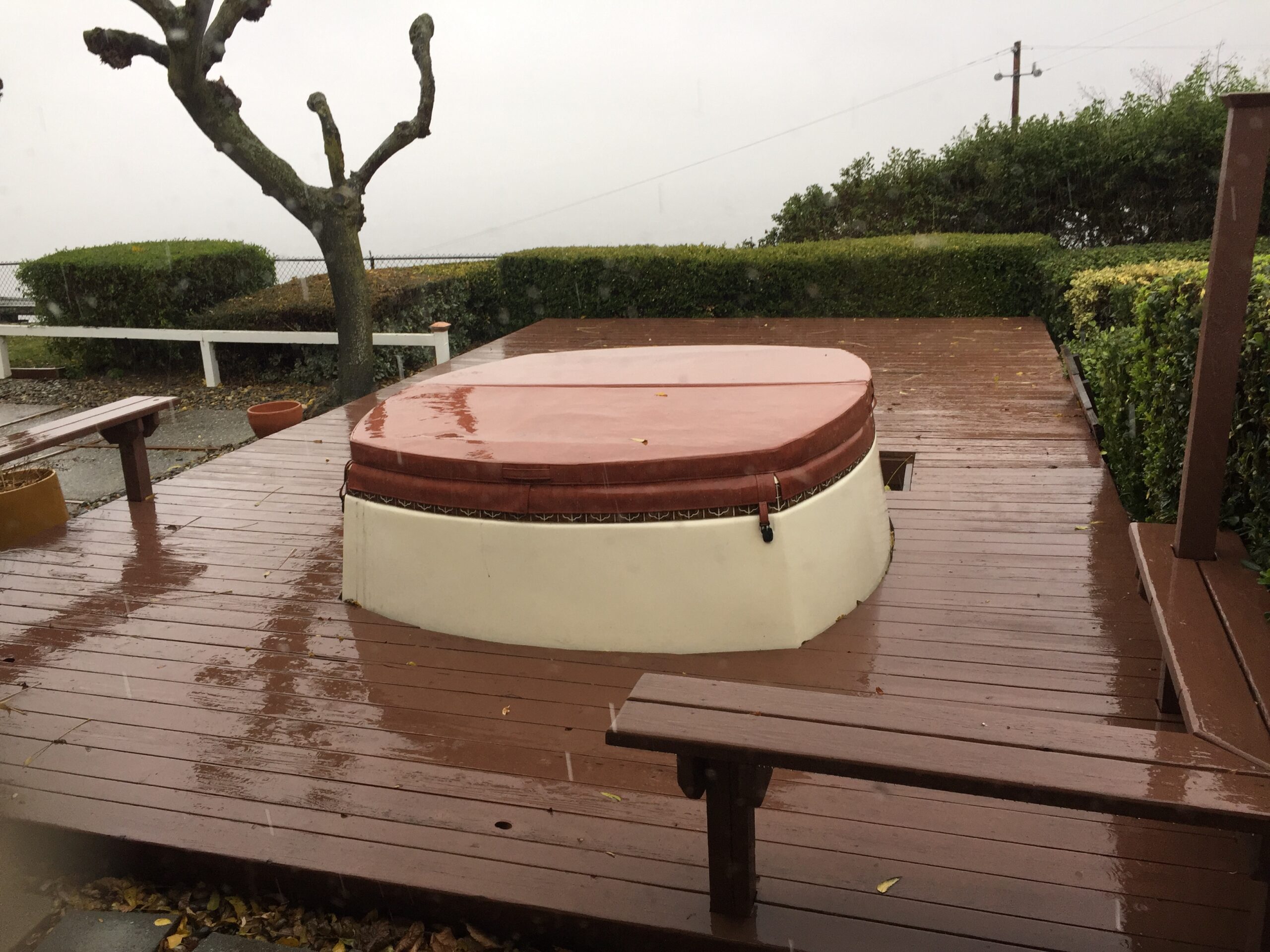 The house came with a hot tub.  Like everything else here though it was fairly old (estimated age 35 years) and in need of attention.  We used it a few times and one day opened the cover to find the water had turned green.

Agent Smith decided to clean it– which seemed like a simple enough idea.  Of course, this being Purgatory, it turned out to be not so a simple a task.  The hot tub is so old the plastic is disintegrating thus putting things back together became near impossible. This was back in October and it is now December.

We have since begun the process of sorting out what it will take to get a spiffy new hot tub.  We’ve settled on a four person with one-two reclining seats, only until yesterday we hadn’t settled on which one exactly.  But we have started with step one the process, as we know in addition to having a dedicated 220 circuit installed, we needed to get the deck surrounding the old hot tub ripped out.

So…enter another dumpster:  our fifth this year.  And for this demo project we hired professionals.  It took them about 4 hours to break the whole thing down. They found a mummified opossum corpse under the decking but that was the worst of it.  And yes, your eyes do not deceive you, the old hot tub is just sitting on bare dirt.  Yet another wonderful installation by the craptastic previous owners.