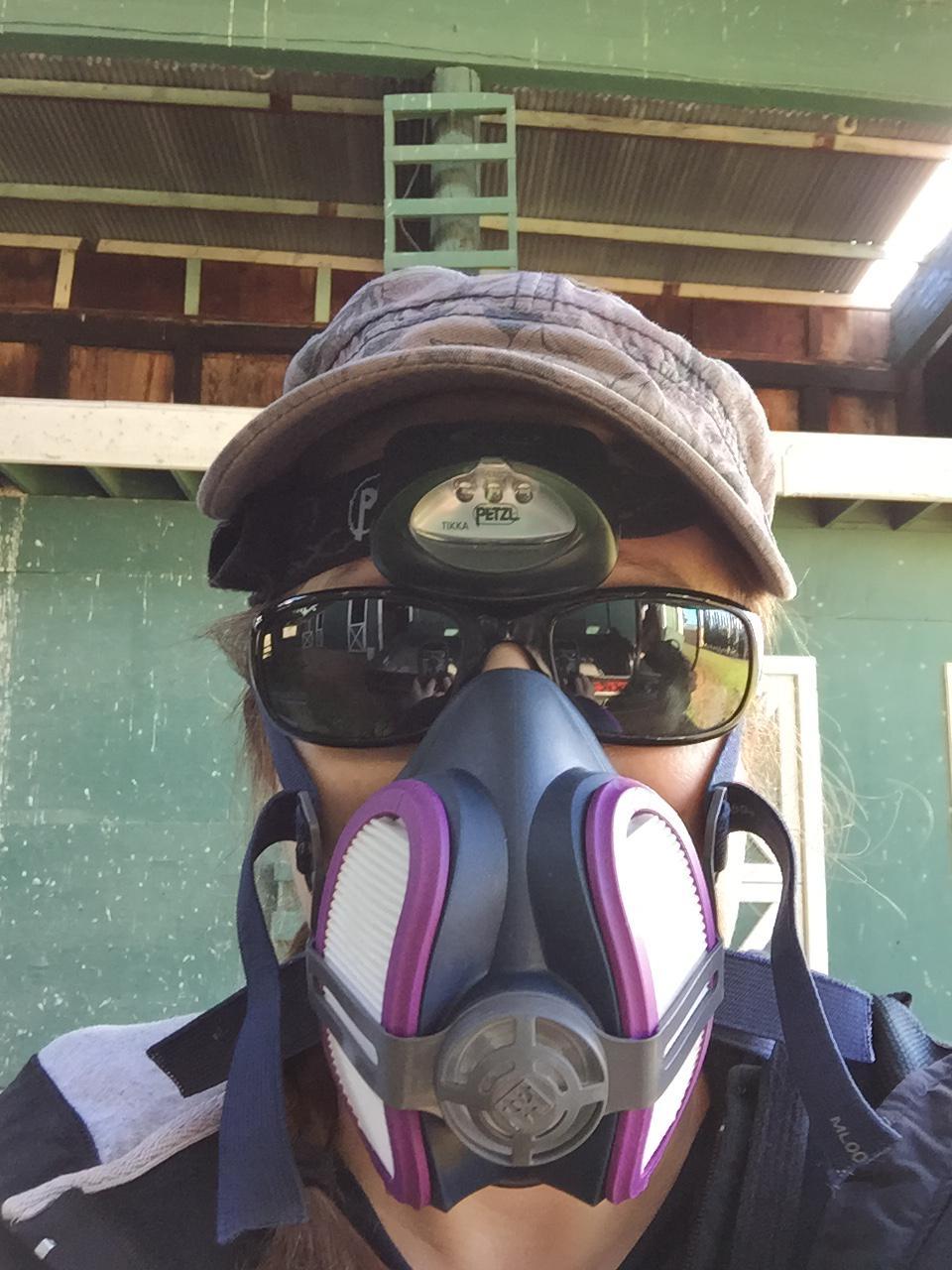 People that read a lot of posts on this site know that we have a very large barn on the property.  We found out when the Doc visited (he’s the guy that had the house built in 1966) that the barn was built to help defray property taxes since this area is zoned for light agriculture.  The skeleton of the barn is combination of telephone poles and railroad ties and there are six large stalls, a tack room and an office.  After moving in we discovered that the barn is full of all sorts of random crap.  And by random I mean…random.  Boxes of clay pigeons, old desks, card tables, head boards for beds, a brick saw, an old barber chair, random off cuts of wood, old doors and bathroom vanities, and probably a million other things I have yet to unearth.

One of the side projects is thus cleaning out the stalls and rooms so that we can have a new roof put on the structure (and have the sides attended to as it really does look like a monster came along and decided to try to eat a corner.)  Two of the stalls are pretty empty.  Just very large mountains of bird poop and a few bits of wood and such.  The other six stalls/rooms  though are packed with junk.  I started with what seemed like the middle difficulty level stall.

This is what I faced.  The stuff on the left is a combination of old doors and other large flat things.  The wood on the left we are pretty certain are lumber left over from the ceilings (the entire house has open/vaulted ceilings.  The bins contain offcuts of wood and there are roughly thirty plastic buckets scattered within.  What you can barely see is that the entire back area of the stall was filled with real estate signs. I filled the mini truck with them… When we have a dumpster on the property for a large project like say the hot tub replacement (more on that later I promise,) I work a bit on emptying out that stall.  I suspect I may have bitten off more than I can chew, but I do now have my very own respirator.