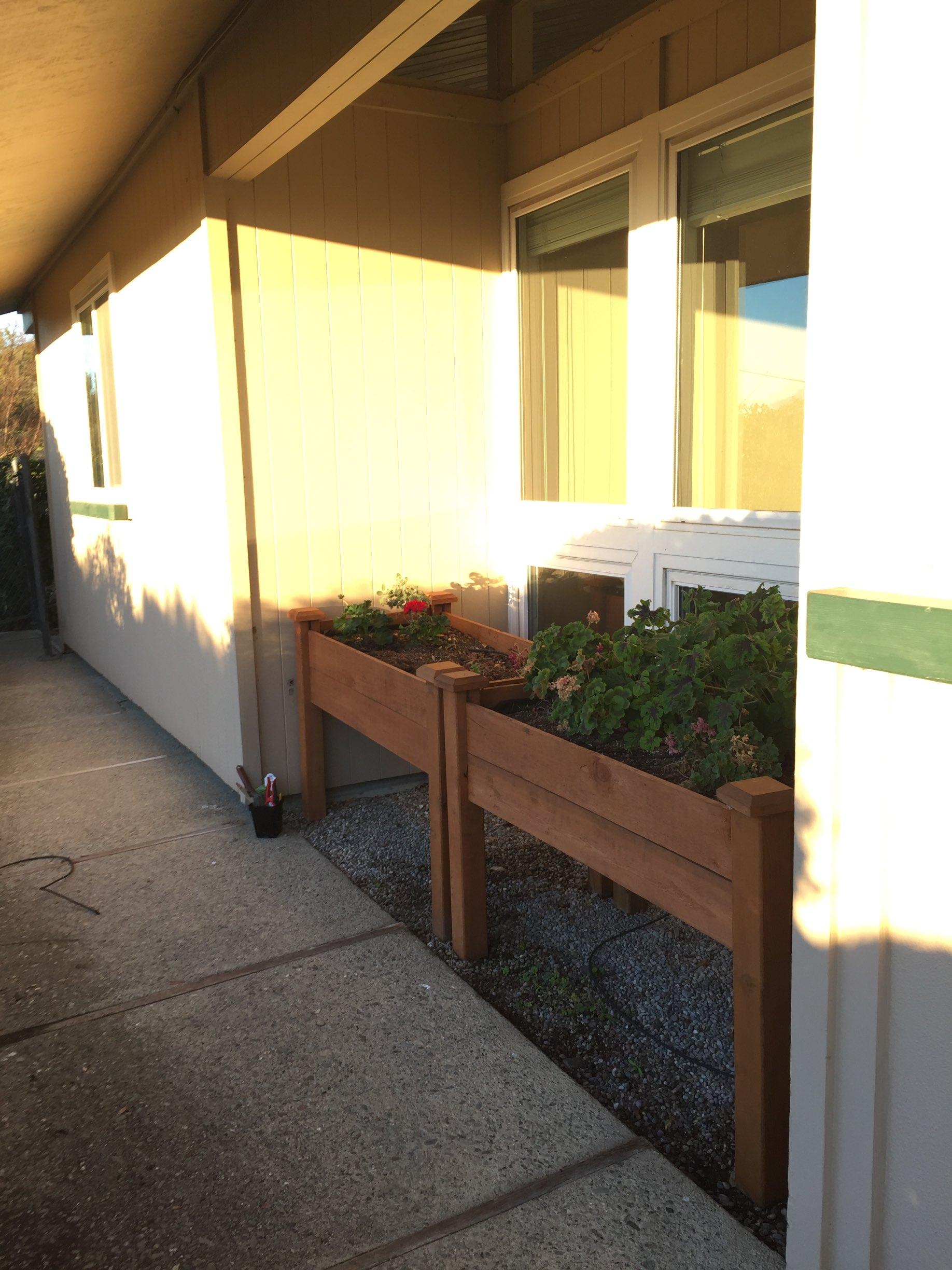 Back when we lived in SF we had a couple of planter boxes out on the side balcony.  Originally a light well when the building was three apartments, at some point when the house was converted back to a single family home, the area became a tiny balcony that looked out and down into the neighbor’s yard.  Since it was pretty much a wasted space as we had a large back garden, we bought some planter boxes and put in some flowers and herbs.

As those that follow this blog know, after leaving the boxes with the house, I had to go up post-move with the pickup truck and remove them as the owners decided they didn’t want them.

The boxes were originally set back up outside the kitchen, but they made the area look cluttered and unkept, so a few months ago Agent Smith and I moved them to the little nook outside the boys’ room.  I’m happy to report now not only are the geraniums quite happy (it helps that I set the irrigation back in place,) but we have the added benefit of the boxes blocking light entering the lower windows early in the morning.  This means if we remember to close the drapes between the boys’ space and the hallway area, we get to sleep until after 8am each morning.

Here’s a shot of the boxes in sunset with the cages visible in the room behind them.  Once I plant more flowers in the lefthand box, it will be quite pretty.  (Sadly the herbs were too delicate to survive the move and sudden change in temperature.)