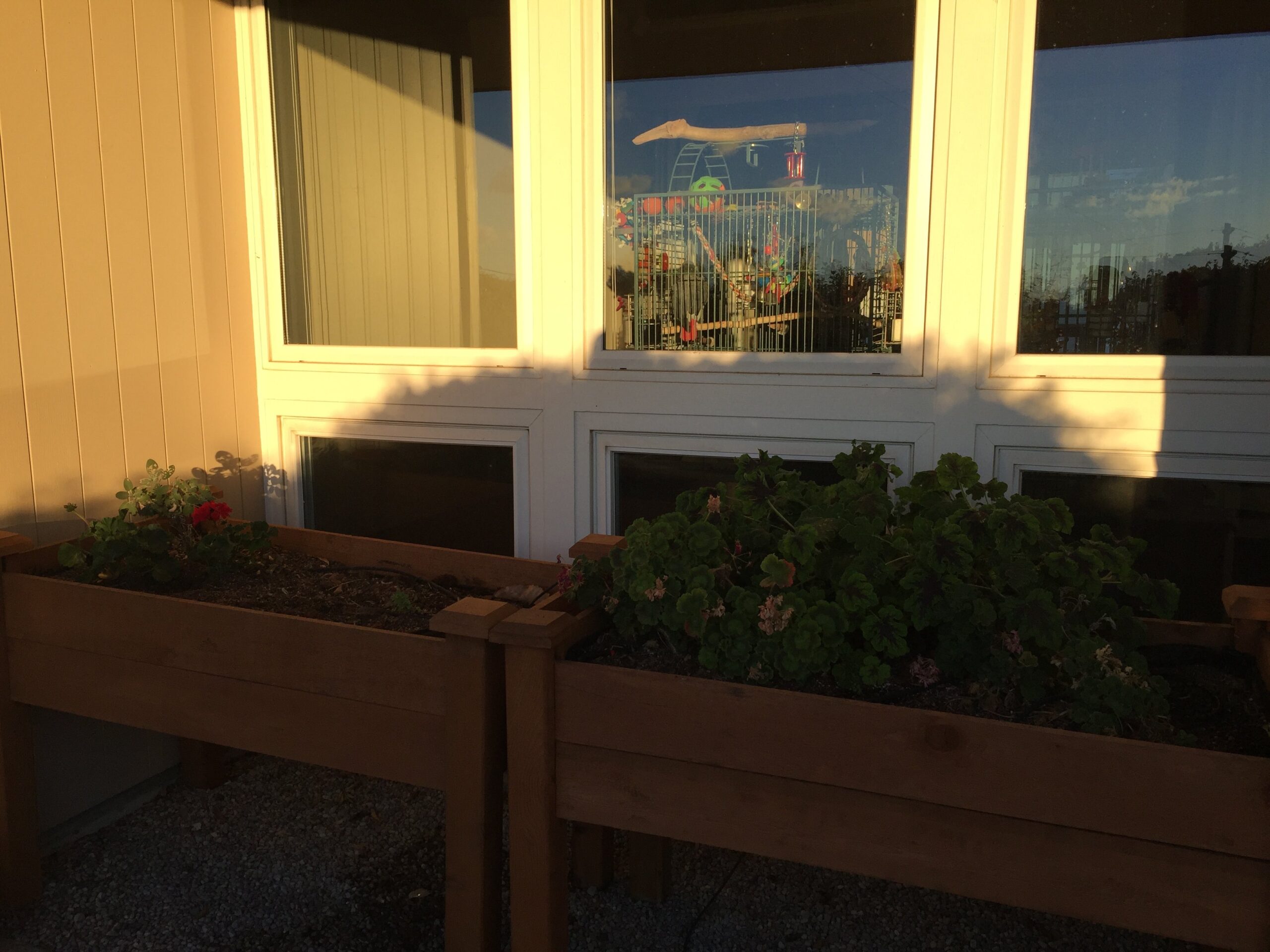 When we lived in SF we had an odd little porch off the living room.  It looked out and down into our neighbors back yard and while it had power, water and a drain, it was kind of useless as a space to sit outdoors since we were basically sitting in our neighbors backyard.  So after a while, we purchased some large 2×4 raised planter boxes and I put in some herbs and flowers.

When it came time to move AS thought we should leave them behind for the next tenant. I argued against the idea, but he was adamant.  Thus when the movers came, the boxes were left in place.

A few days later, I was back to meet with the guy from the management company and he wasn’t sure the owner would want to keep the boxes, so I told him to let me know and if that was the case, I’d come up and move them out.  Of course that was the case, so in mid August I bought 8 plastic bins, drove up to SF one morning and moved the bins.

I had to remove all the plants, then the dirt and lava rocks that provided drainage.  (Hence the bins).  I also had to move the small window boxes with succulents.  A friend kindly helped me load things into the back of Barbie (our trusty Ford F150) and I drove back south.  I didn’t get a chance to reassemble things until that weekend, but the herbs weren’t going to survive the move.  The geraniums and succulents however eventually settled in and are starting to thrive.

Here’s what things looked like right after I got things back in place, and here is what they look like today.

Now I just need to figure out what to put in the rather empty planter. I also need to get new irrigation bits so I don’t have to manually water things, as the old timer somehow died during the moving process.