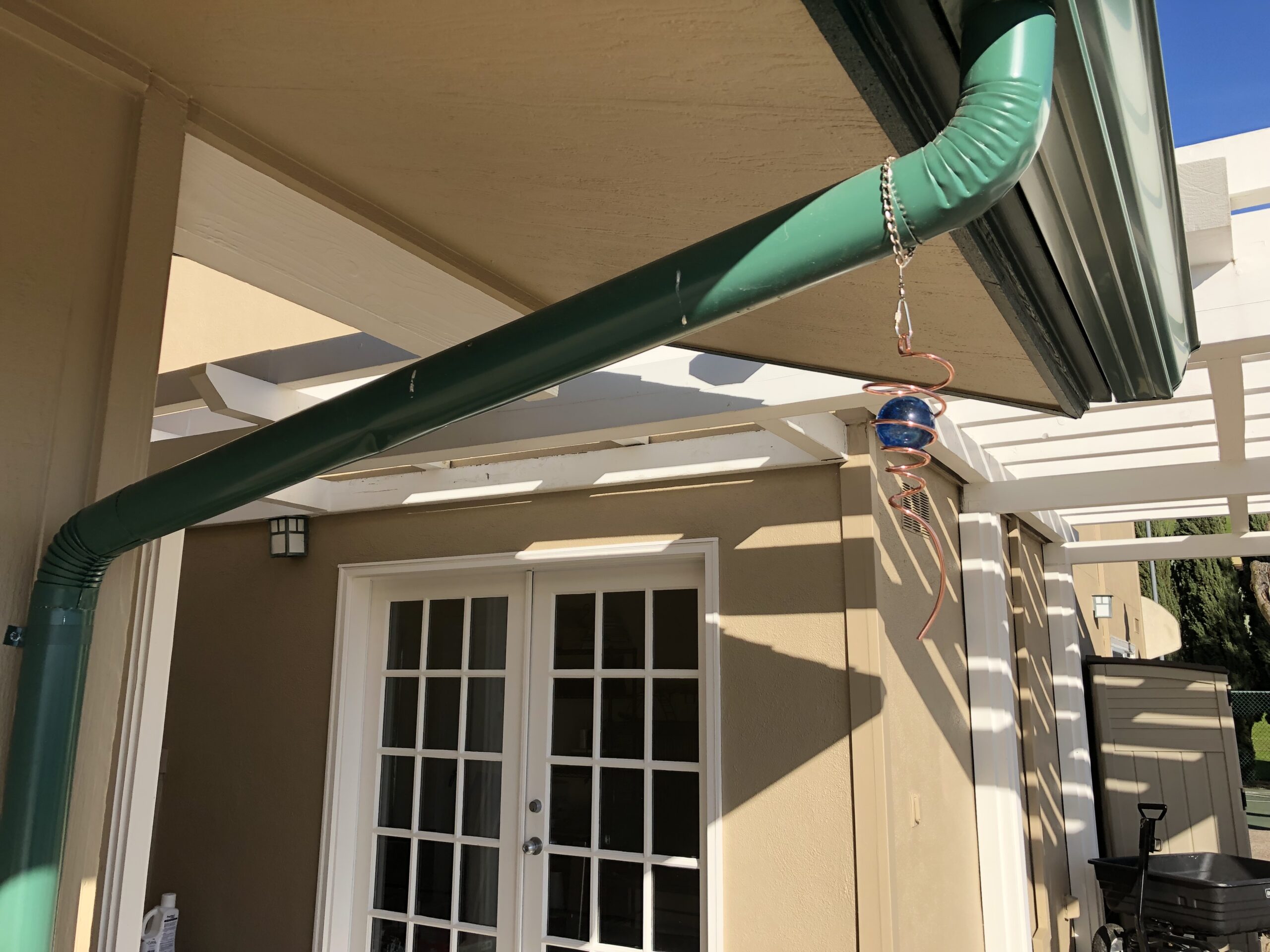 After getting the fascia rot issues sorted in January of 2018, we were all set for gutters to be put on the house. Something that hadn’t been done since it was built. Instead of gutters we had some strips in front of the sliding doors to keep rain from pouring down in front of them and a bunch of small drains on the south side of the house. That was it. This meant that in winter, when it rains an inch or so in one go we would end up with a giant a small pond outside the front door. While we don’t use our front door that often, it was still rather annoying. Plus all that water meant that the crawlspace under the house would get somewhat damp.

Enter the guys from Commercial Gutter. After the long wait for me to get the dry rot issues sorted, they arrived and got to work.

They made all the gutters with the machine pictured above as it molded the aluminum to shape and to the specific lengths needed.

Some of the lengths weren’t so long. But a few were rather epic.

Here’s the same gutter shown above from another angle.

Then there was the matter of getting the gutters to where they need to be. While they were fairly light, they weren’t actually incredibly portable. The guys handling the install had to take a creative approach to getting the really long ones around to the back of the house.

The shot below was taken from within my office. As you can see the guys took the completed gutter off its supports and then walked through the garden to get it safely around to the back of the house.

We’re quite happy with the upgrade as it’s helped keep water away from the house during our very wet winters.

Here are is a before and after the south end of the house.

We ended up getting some flexible plastic hosing to see us through the winter instead of big downspout extensions. This gets the water away from the house. Reason we went with such a cheap option is that we will be starting work this spring on re-landscaping most of the garden areas — not the new north garden just outside my office. As part of that project we’ll be setting up a rain water collection system or three. Getting gutters on the house was the first step of that very mega-project.

One problem we discovered after the gutters were in place is that really tall people often unintentionally smack their heads on the down spouts. I found some simple solution to help with that problem. Some pretty little garden spinners. We only actually needed two of them as because the way house is situated only the south side’s downspouts were an issue.

This is our second winter with gutters and they have really made a difference. They have taken some getting used to though, especially the one on the north east corner of the house. My office desk sits just a few feet away from it and I’ve had to accustom myself to the sounds of water falling through it and the occasional sound drips that echo when things here are drying off.

And one last note, we were smart and went with Commercial Gutter’s gutter guards. They’re these nice fine mesh screens that are attached to the tops of the gutters and keep leaves and pine needles out. They’re pretty awesome. So much so that we had the gutters on the garage replaced during this project, so that it could have guards on its gutters as well.