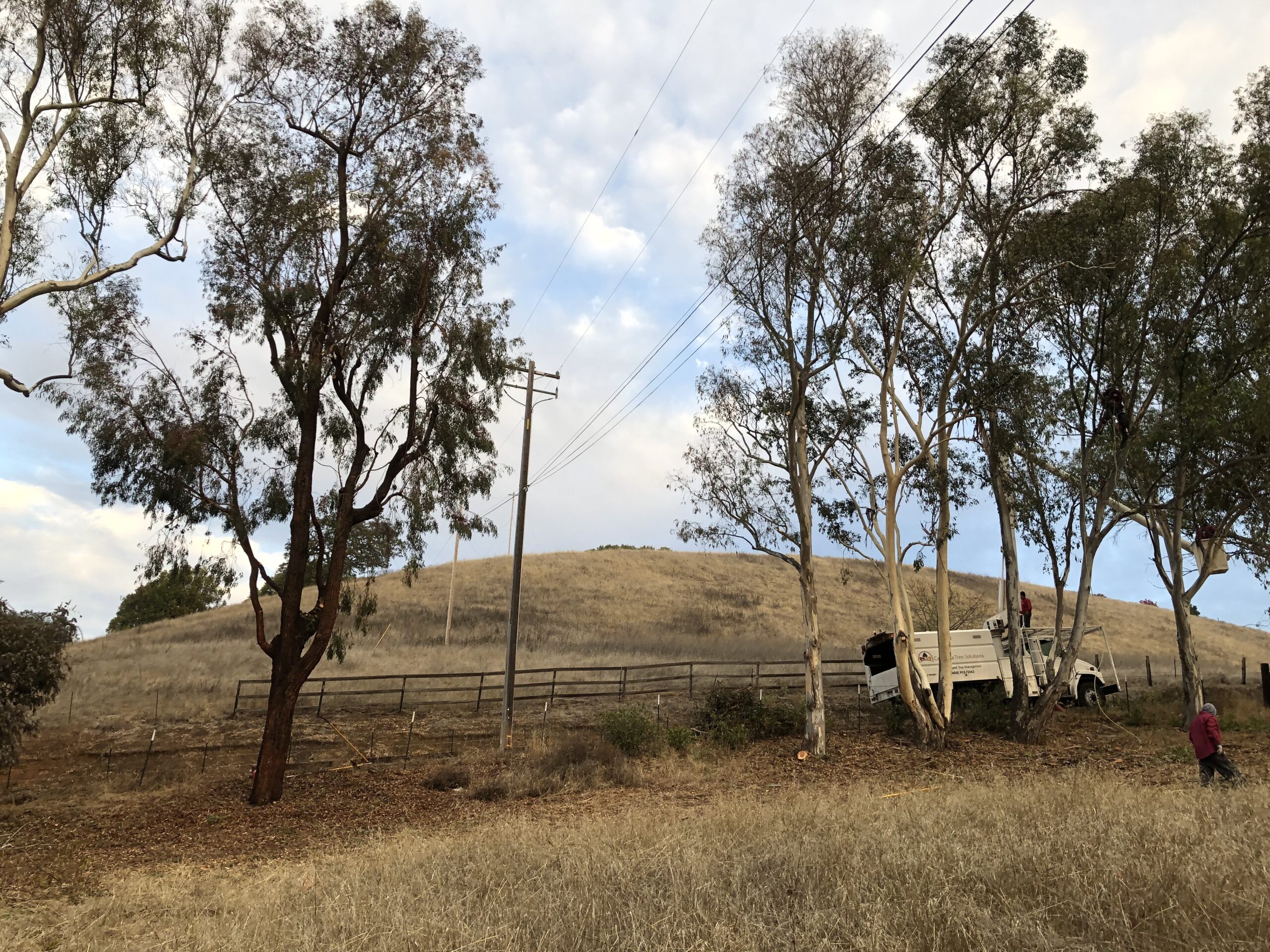 In the fall of 2017 we tried a new arborist (California Tree Solutions) to see to some of the trees here.  They did a good job and unlike the first mob we tried out, they weren’t plagued by equipment issues.

The maple out by the great room got some love.

As did the fir trees out by the sports court.

Then, as always, we had the Mulberries pollarded.  This is done so they don’t grow into very large things that would cause very large problems. Last year our regular gardeners handled this work as they had done for the past 15 or so years.

We liked California Tree Solutions so much that this past fall (2018) they were here again to see to other trees. This time they worked on the line of gum trees up along the road as well as a few individual trees that need extra care.

Can you find the three workers in the trees in the above pic?

They also tidied up around the power line that goes across the north end of the property before eventually disappearing underground.

Unfortunately right before the crew was scheduled, our gardener, the one who came with the house/we kept him on after buying the place, was involved in a hit and run. When I saw his mug shot on the news and the two guys who do the regular tidying up every two weeks didn’t show, I started making alternative arrangements. I must admit I was rather relieved to have a solid excuse to find a new service as he had pretty much been unresponsive to my calls and texts over the preceding months.

I interviewed a half a dozen options before finally settling on a crew that already do work for some of the places up here and I pleased with their work so far. The downside is that it was December and I still needed to get the mulberry trees pollarded. Thankfully California Tree Solutions easily took care of the mulberries while they were here. They were also quicker and tidier than our old gardeners, not to mention cheaper.