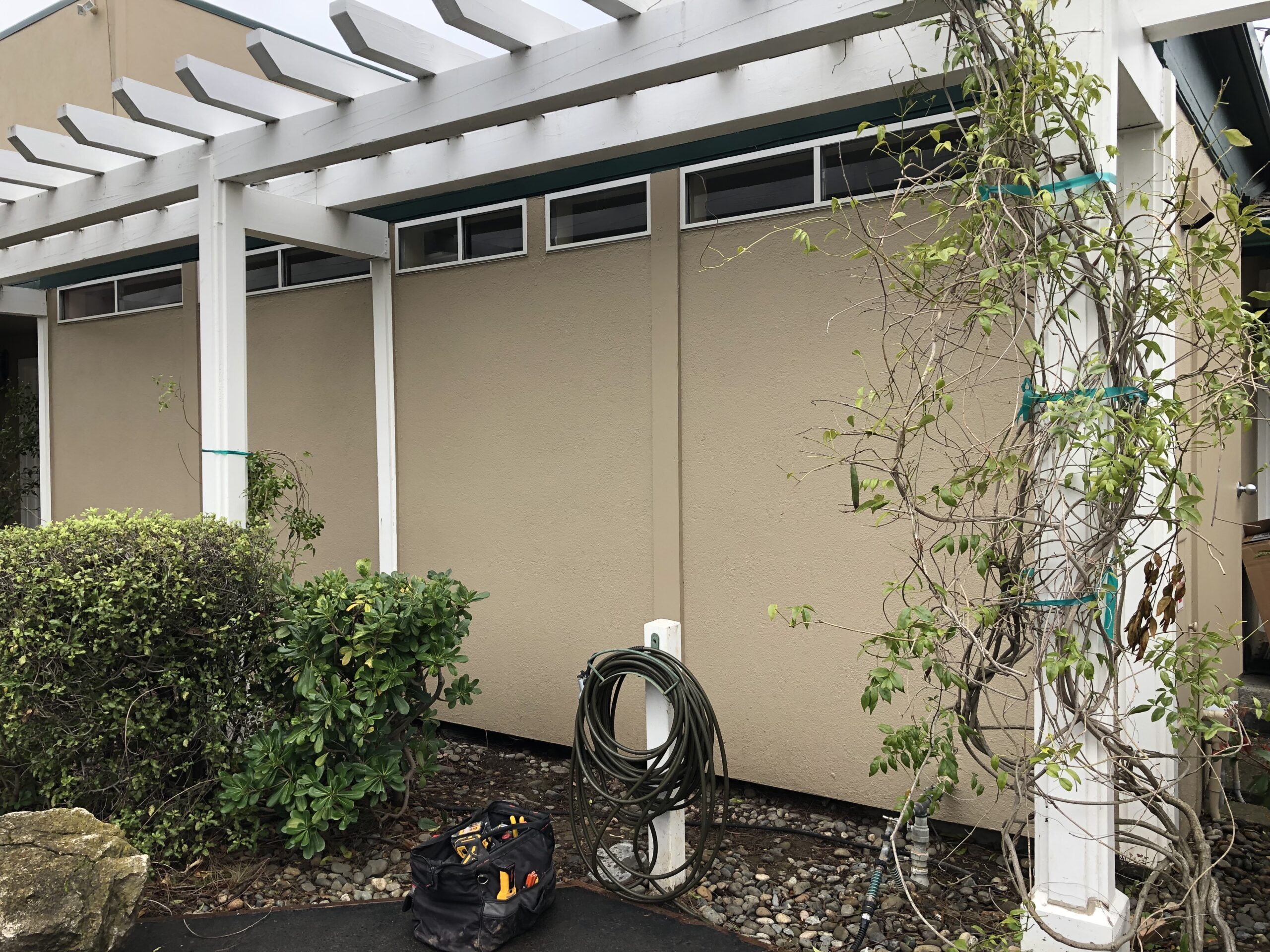 The one casualty of the power wall project was the post that held the reel for a hose we use a lot.

Here’s a shot of the old setup as it was.

Somewhat sadly the post was in the way and had to go so the install could happen. Not so sad though as since it was a wood post, the bottom was pretty much rotted out. You can see the post on the left side of the image below….lots of rot and it was only a matter of time before it would have fallen over.

The annoying thing was then for the next couple of months the hose just sat in a jumble on the ground. Then, after some prodding on my part (mainly kvetching about the tangled mess I had to deal with when using the hose to clean a birdbath,) Agent Smith had a brain wave which solved not one but two hose problems.

Way back in late 2016 I picked up a very swanky hose real thinking we’d use it out by the pool. The poor thing ended up sitting on a shelf in the garage for three years as we ended up going with a simpler option. Then a few months after the power wall was installed, Agent Smith installed the reel in basically the same spot — using a piece of pipe and a bit of fence post cement instead of a section of 4×4 lumber: thus avoiding future rot issues.

In the spirt of waste not want not though, the old hose holder was repurposed out by the main water line stand valves. Thus finally getting the hose out there up off the ground.

Hoses on the ground out there were very much the POs standard modus oparandi. When we first moved here there were hoses all over the place: on the ground, under bushes, hanging on fence posts and most famously, strung across various areas to serve as impromptu fencing. Slowly but surely they have all been dealt with — by tossing them in the rubbish. We get by with just a few hoses close to the house and then should we need one further afield, we have a very long hose on a cart. Plus, since we recently replaced the sprayer the POs had abandoned in the stables, that was later modified to sit in the back of the mini truck or attached to Dino’s forks, said tank can now be used for water delivery should we need it.

All told we’ve probably removed close to a mile of rubber hoses and metal water pipes that were no longer of use. The hoses usually disintegrated upon contact and the pipes were broken and/or rusted out. Most of the pipes dated back to when this was a horse property but the two dozen or so hoses, those were all the doing of the POs.