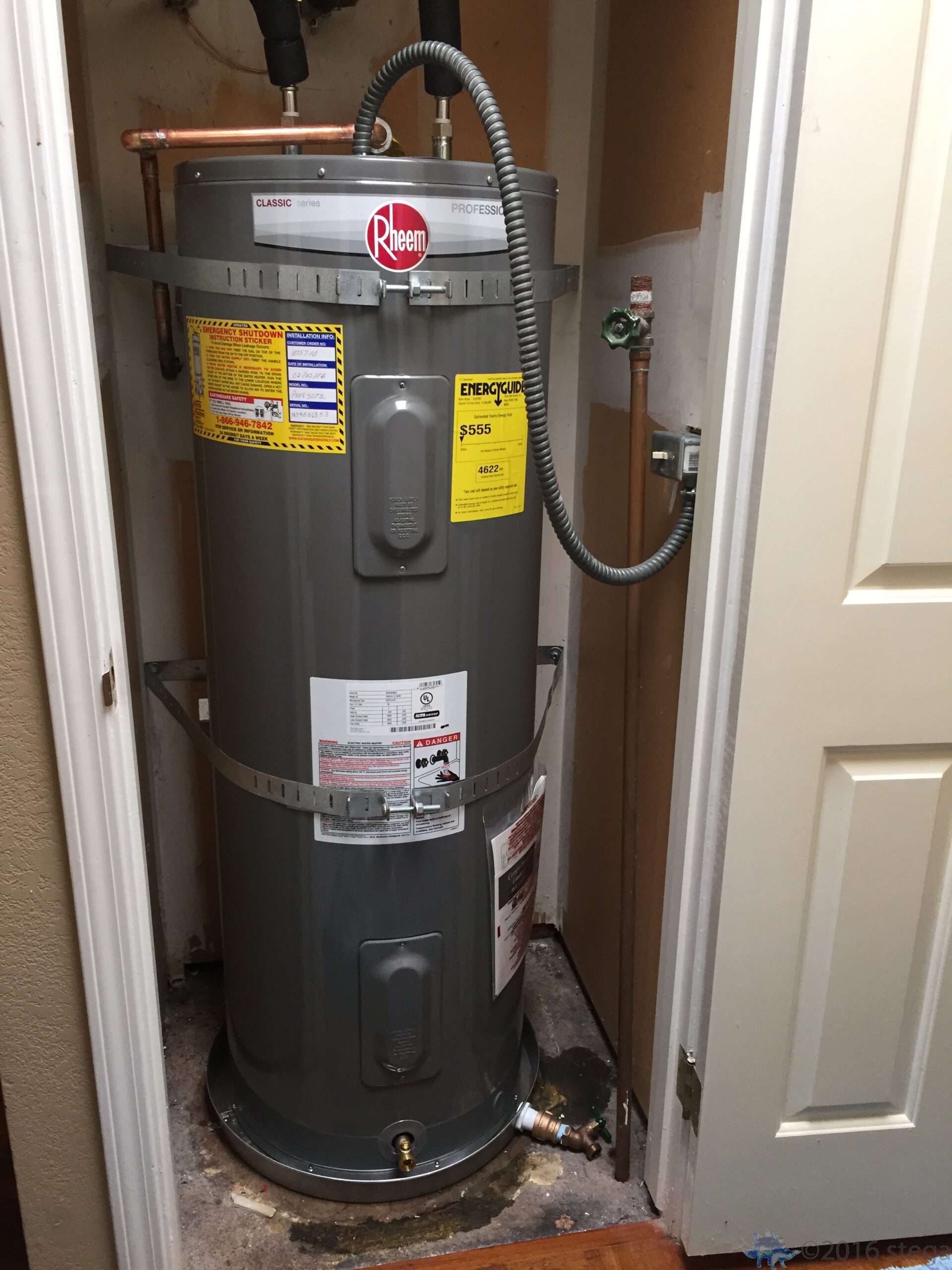 Shortly after moving in we had to have one of the hot water heaters replaced as it was making that sad sound that signified it was slowly dying. The replacement managed to die a year later, but the second one is doing fine.

Only there was this really weird pipe in the closet. We weren’t really sure why it was left or what its original purpose was. We suspect it was the original water inlet to the heater.

The weirdness though was that it was still live as occasionally a bead of water would drip down the length of the pipe. We found it an annoyance and we didn’t want to suddenly have it break and flood the linen hallway, so I called our favorite plumbers and they came out and solved the problem while at the same time solving a second one….. 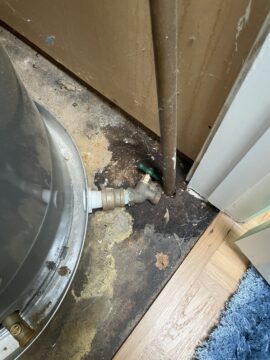 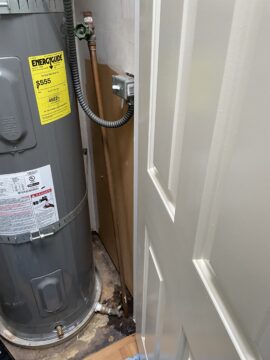 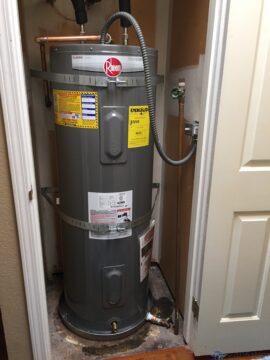 Turns out the weird pipe went down through the floor and then out through the exterior wall just above the foundation wall. A pipe loop, probably to prevent potential water hammer issues, was then affixed to the wall and then the run continued on to a tap just outside the front door. 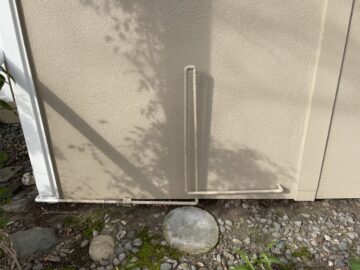 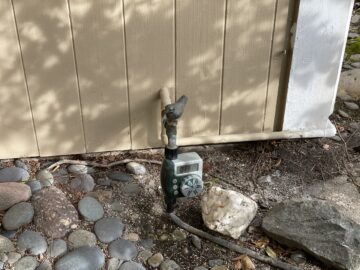 We suspect, since that tap is straight well water (aka does not pass through the water softener which is standard for just about all our outdoor taps) that the old pipe was abandoned and a new source run was installed to mitigate the issues that high-limestone laden water creates in metal pipes. Anyway, it was a pretty simple matter for the guys from Able Plumbing to delete all the exterior stuff and vertical pipe in the hot water closet. Then they did something ingenious.

They used the portion of the pipe that runs out under the house as an outlet for the hot water heater’s drain pan. Plus the cleaned up the tap outside the front doors so it doesn’t leak and the RainDial is easier to work with. A second bonus was they attached a new fitting to the tap nearest my office — also where our main line enters. 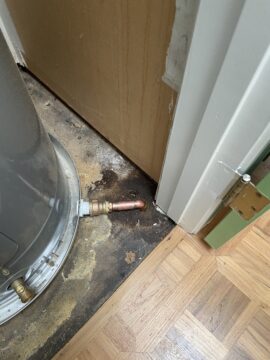 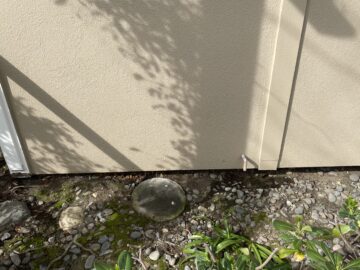 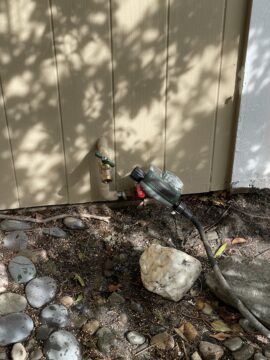 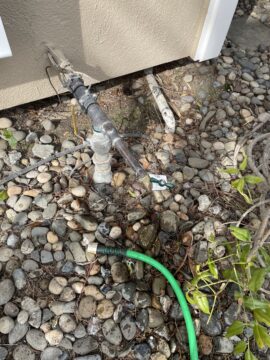 I love little projects like this. Taking a weird annoyance and making it go away with an added bonus of making other bits better. Incremental home improvement for the win! Another big bonus was that new fitting at the tab near my office came in very handy….